We can’t keep calm when it’s Holi and to add to the exuberance, Esplanade is celebrating the festival of colours with its one-night musical program Holi Hai -3. 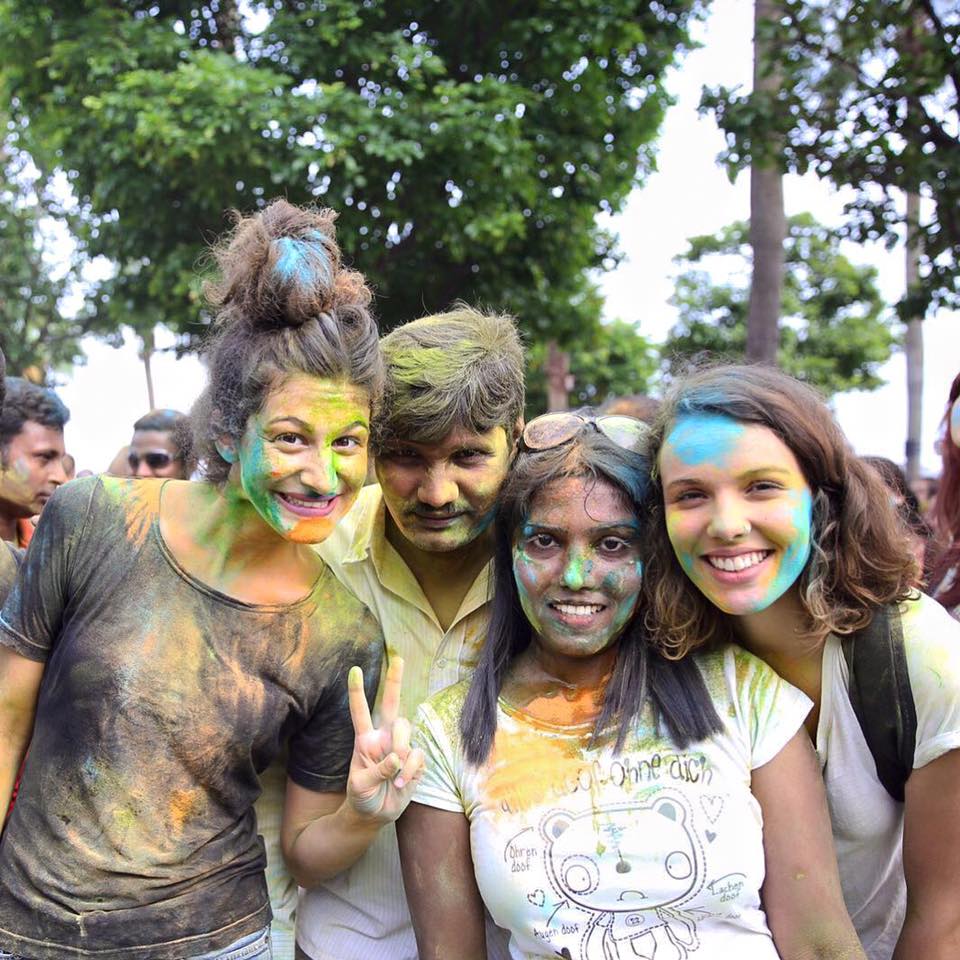 Indian communities all over the world gather on Holi each year to throw colour at each other in celebration of the spring festival. Photo courtesy: Esplanade - Theatres on the Bay

In its third consecutive year, Holi Hai -3 will be a night promising high-spirited and rich Indian music with a blend of classical, folk and Bollywood genres. Performances by Amit Dhamelia, director of Param Swaram Performing Arts, and Sandeep Chatterjee, a versatile Singapore-based singer with multiple albums to his credit, are the major highlights of the event. 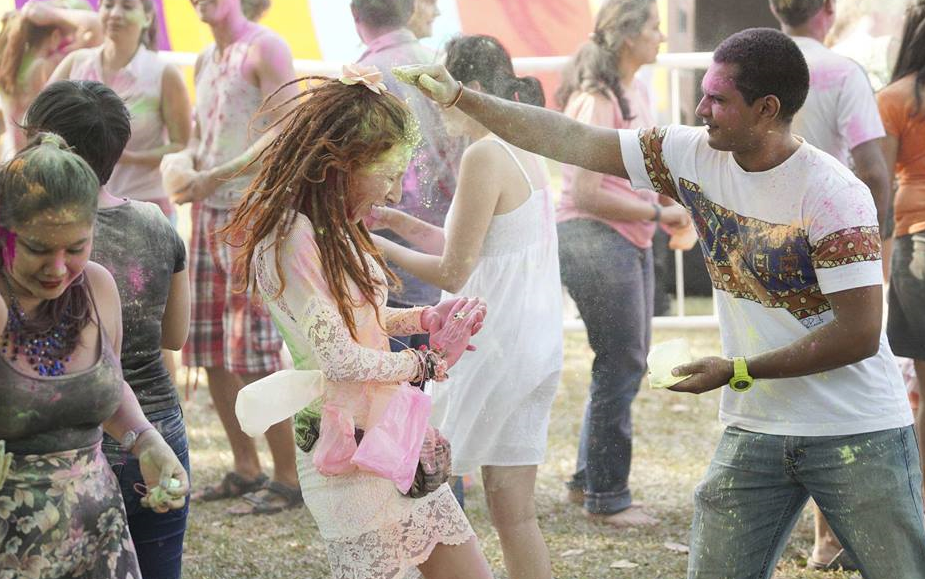 With the aim of bringing diverse communities together, this festival shares the universal message of sharing love and the power of music. Audiences can expect authentic Indian folk music from various provinces of India, namely Avadh (Ayodhya), Banaras, Brindawan, Barsaana, Bhojpur, Punjab, Rajasthan and Gujarat with the spice of Bollywood.

“Our heritage is a collection of individual memories, woven together into a national story. It is something that belongs to every Singaporean, and which each one of us can contribute to and help to preserve, individually and collectively,” said Singapore Prime Minister Lee Hsien Loong. 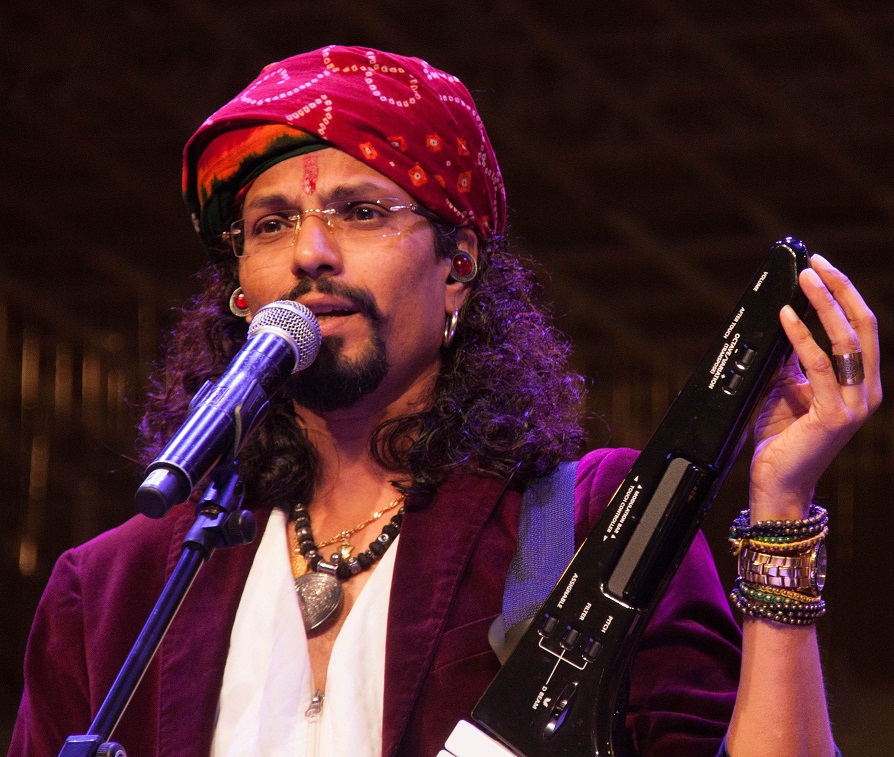 Connected to India got in touch with the Vocalist Amit Dhamelia who thinks a number of people taking part in Holi celebrations have been growing steadily. “With more Indians in Singapore, the festival of Holi became more widely celebrated. The hard work put in by artists, societies and organisations over several years has made Holi amalgamate into Singapore’s cultural vibrancy and is now a highly anticipated annual festival,” he said.

“Shows like Holi Hai organised by Esplanade Theatres give us a golden opportunity to give back to the society of Singapore. Continued propagation with a sense of service to Singapore's heritage will enable this music to live on and continue to enrich Singapore's vibrant musical and cultural landscape for many generations to come. This legacy fuels my passion to want to create more and push myself to be a better musician, performer and human being. Events such as Holi Hai, Gunje Gujarat and Bollywood Blast raise the curtain to show people in Singapore a glimpse of the multiple dimensions of Indian music, rather than just well-known and commercialised Bollywood songs. It is commendable that Esplanade gives such grand platforms to showcase such music,” Dhamelia added.

A seasoned vocalist music arranger, lyricist and composer with over 35 years of musical experience and several awards and accolades to his name, Amit Dhamelia is the director of Param Swaram Performing Arts, an academy dedicated to the propagation of Indian music and creation of the next generation of professional artists in Singapore who can compete in the global music industry. 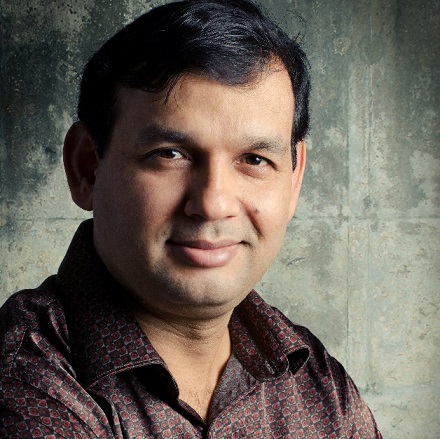 Sandeep Chatterjee, who will be performing Holi songs from various parts of India, shared his experience with Connected to India. “Holi has really caught up very well in Singapore. It is the only place where the festival is celebrated in such grand manner, though I feel it’s still about Indian expats with locals and non-Indians also participating,” said the singer.

“It’s been great being associated with Esplanade for more than five years now and organise theme-based programs,” he added.

Chatterjee sings in various languages and has previously organized Holi programs such as Boshonto Utsav, Rang Barse and Beats of the East.

The free event is scheduled for March 17 at Esplanade outdoor theatre at 6:45 pm.