Battling against disrespect towards religious icons, Hindu groups in Australia have held peaceful demonstrations against a controversial advertisement which they described as “insulting” to their faith for featuring the deity Lord Ganesha in a lamb roast along with several other deities and prophets. 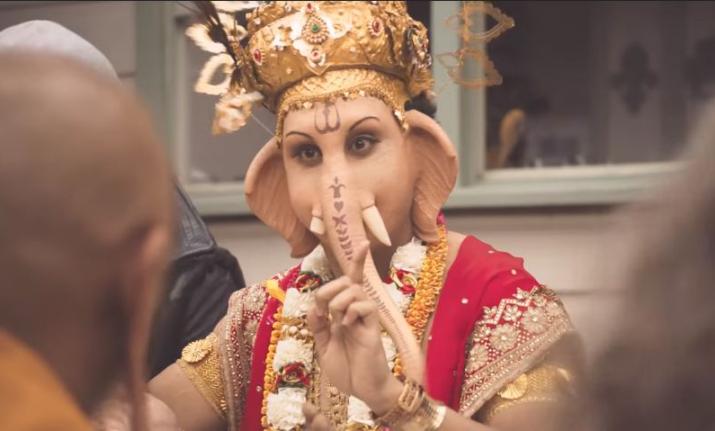 The community members on Sunday organised rallies in major Australian cities, including Sydney, Melbourne and Brisbane, against the advertisement.

According to Kushagra Bhatnagar of Overseas Friends of Bhartiya Janta Party (BJP) (Australia), the demonstrations were held to create awareness about Lord Ganesha.

“Lord Ganesha is a vegetarian and laddoos (Indian sweets) is what we should offer not lamb,” Bhatnagar said.

The protests were organised by Hindu Council of Australia and other Hindu organisations.

Indian Forum Australia (IFA) president Nihal Agar said the advertisement had hurt the sentiments of Hindus and the protests were held to express anger, frustration and disappointment with the MLA.

“This is not the multicultural Australia that we truly love,” he said.

Earlier this month, India’s High Commission in Canberra lodged a complaint with the Australian government asking for the ad’s removal.

However, Australia’s Advertising Standards Bureau (ASB) said while many Hindus are vegetarian, vegetarianism is not a requirement of the faith.

It said the depiction of Lord Ganesha was “simply symbolic of the Hindu faith and his inclusion is part of the message of an inclusive multi-faith meal”.