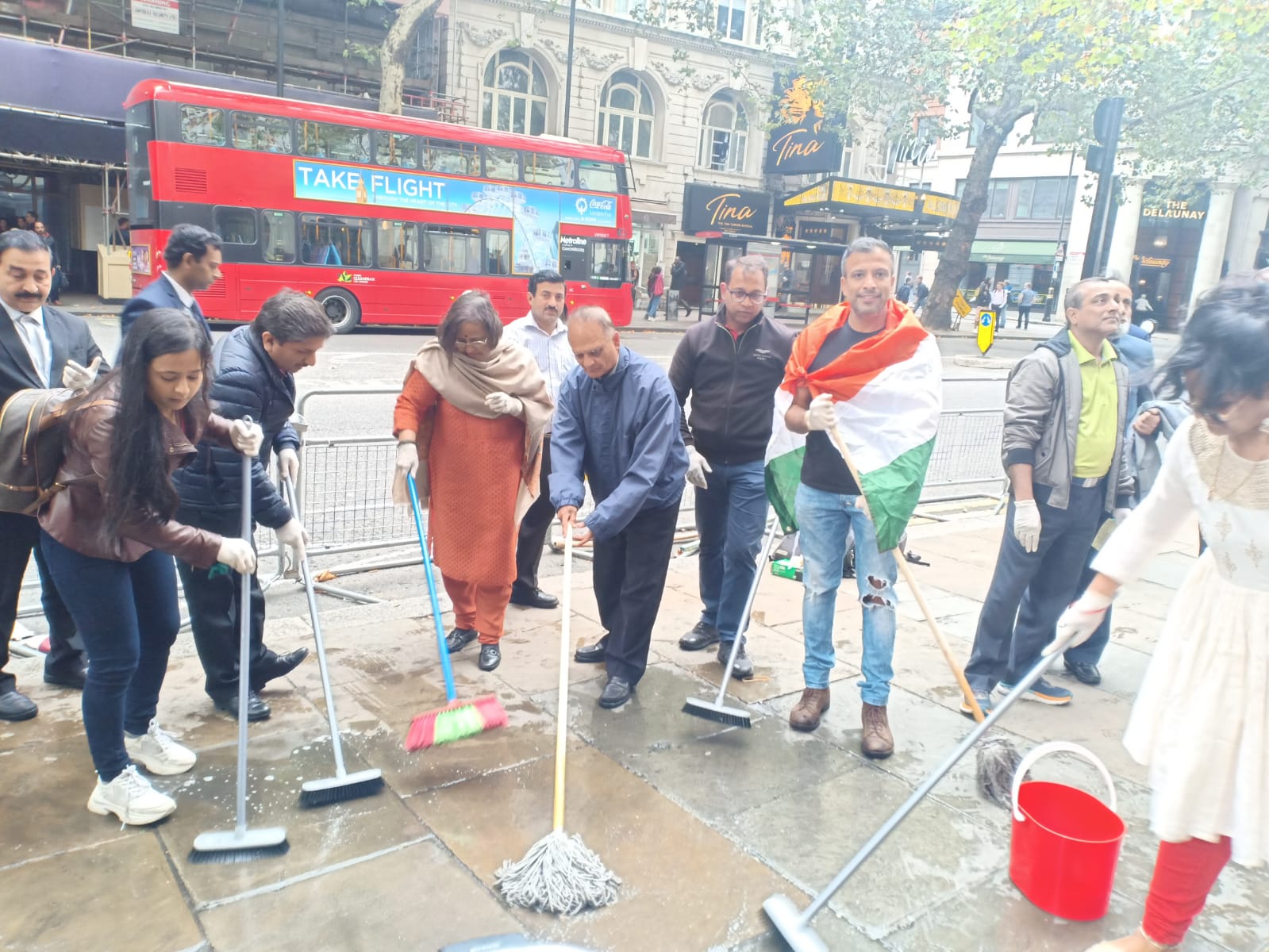 High Commissioner Ruchi Ghanshyam along with Deputy High Commissioner Charan Jeet Singh and a good number of people of Indian origin cleaned up the mess left by protestors outside the Indian consulate. Photo courtesy: Twitter/@HCI_London

Expanding the spirit of the Swachh Bharat Abhiyaan (Clean India Initiative) to the streets of London, High Commissioner Ruchi Ghanshyam along with Deputy High Commissioner Charan Jeet Singh and a good number of people of Indian origin cleaned up the mess left by protestors outside the Indian consulate.

Eggs, tomatoes, smoke bombs and frozen water bottles that the protestors used left stubborn marks on the building of India House in Aldwych, London and also damaged some windows.

Audit director Gaurav Mahna wrote to the High Commissioner offering to clean up and many others joined in. Dressed in the tricolour and with a broom in his hand, Gaurav said, "I wanted to make it a silent/peaceful cleanup process by sending the message of Indian resilience across the world."

Cleaning the walls and floors of the premises, High Commissioner Ruchi Ghanshyam said, "We clean our own house and don't throw stones at others. [We're] bringing Swachh Bharat to London and are following principles of Mahatma Gandhi."

This was the second big protest outside the HCI by Pakistan supporters who turned out in the thousands. Two people who were arrested on the day of the second protest have been released on bail.

The recent protest on September 3 was held despite PM Narendra Modi speaking to British PM Boris Johnson after the first incident on August 15, urging him to take action.