Simon Wong, Singapore High Commissioner to India, yesterday in a virtual press conference stated that Delhi chief minister Arvind Kejriwal’s recent comment regarding the new variant reported in Singapore would have no impact on India-Singapore’s efforts to fight Covid-19 “hand-in-hand”. 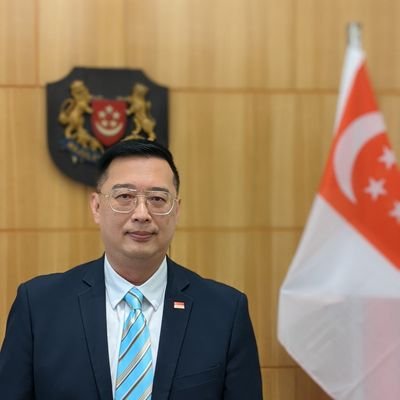 "When we heard about the honourable chief minister's comments, we were all taken aback. All my colleagues here, ordinary Singapore citizens back home and our Indian friends were rather taken aback by all these unfounded assertions," HE Wong said. Photo courtesy: Twitter/@SGinIndia

HE Wong also said that Singapore has continued to transport medical aid in the spirit of working together to combat the pandemic, which knows no political colour or boundary.

“It (Delhi CM's remarks) would not impact our (India-Singapore) hand-in-hand fight against COVID. As witnessed yesterday and today with transportation of medical aid, we're working together. Pandemic knows no boundary or political colour,” Wong said.

He added the Singapore Government was ready to move forward following the strong Indian government response to the remarks by Delhi chief minister Arvind Kejriwal and was particularly "heartened" by external affairs minister S Jaishankar's tweet.

In a tweet in Hindi, Kejriwal had asked the Indian government to stop flights from Singapore claiming that a "new strain" could potentially lead to a third COVID-19 wave in India. Arindam Bagchi, the Indian Ministry of External Affairs' spokesperson, said on Twitter that the Singapore government has registered a strong objection to Kejriwal’s remarks. The Indian High Commissioner in Singapore clarified that Kejriwal has no authority to make such remarks, a point reiterated by external affairs minister S Jaishankar.

"Delhi has been a beneficiary. When we heard about the honourable chief minister's comments, we were all taken aback. All my colleagues here, ordinary Singapore citizens back home and our Indian friends were rather taken aback by all these unfounded assertions," HE Wong said.

“The Singapore Government prefers to deal with viruses and its variants in scientific terms. We abide closely with WHO’s recommendation of not giving the virus any geographical name. We focus more on the scientific aspect rather than to put a finger on anyone” the high commissioner added.

As per a World Health Organisation directive, a strain does not get geographical names, as the practice focuses only on the scientific aspects of combating a pandemic rather than pointing fingers at anyone.

"In view of a false statement over a new COVID variant originating in Singapore and/or risks spreading to India, office of POFMA is directed to issue correction directions to social media platforms," the statement read.

In defense of Kejriwal's comments, Senior AAP leader and Delhi Deputy Chief Minister Manish Sisodia at a press conference yesterday accused the BJP and Indian government of being more "concerned" about their "image" in Singapore and not about the children in India.

"Kejriwal talked of Singapore strain and the children. The issue is not Singapore but children," he said.