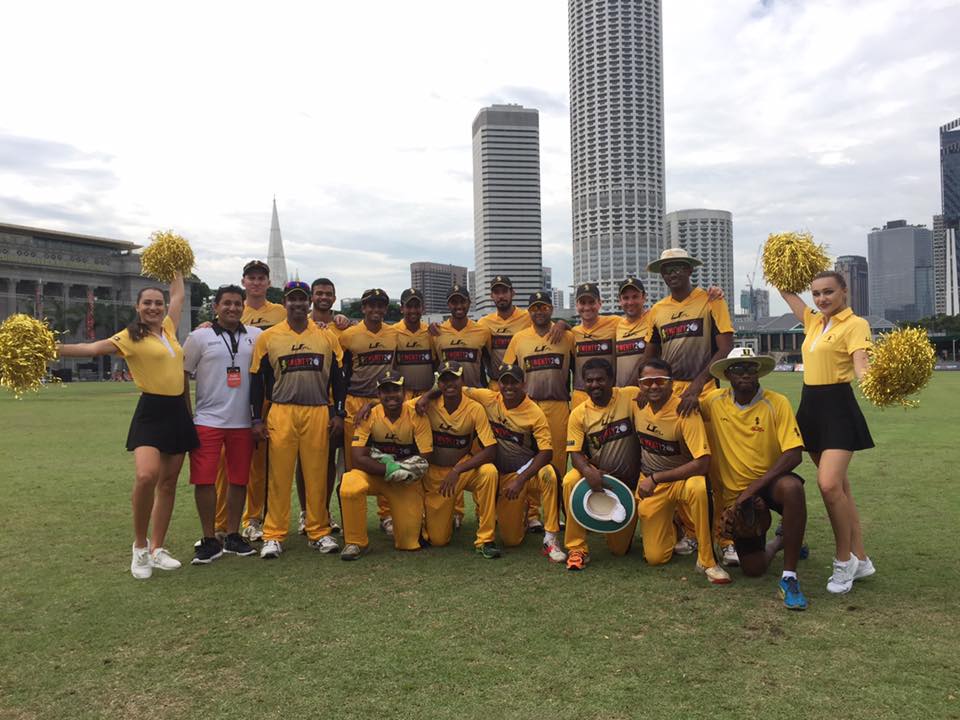 Hosts Singapore Cricket Club (SCC) fell agonisingly short of a spot in the knockout rounds as they lost their final Group A match against Madras Cricket Club at the Padang Ground. They needed a win to have any hope of qualifying for the semi-finals, but a middle-order batting collapse saw them fall 31 runs short. 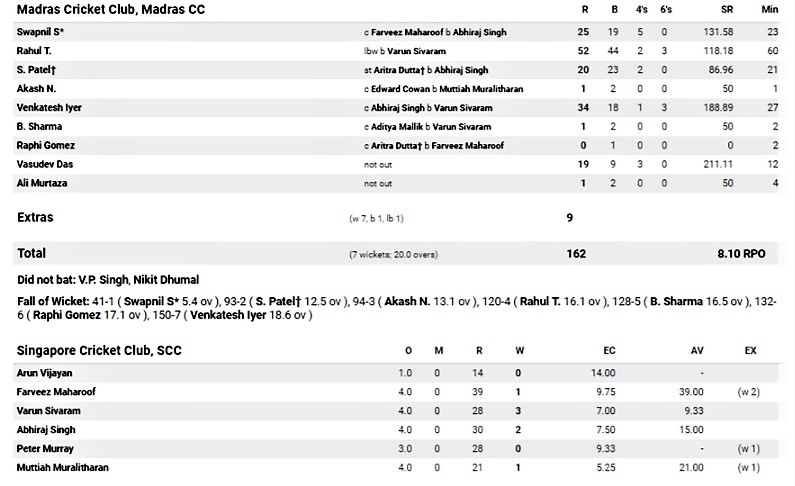 Facing a do-or-die situation, SCC won the toss and put defending champions Madras in to bat first. Thanks to opener Rahul T’s 52 off 44 balls and some hard hitting by Venkatesh Iyer (34 off 18), Madras finished with 162/7 in their 20 overs. Varun Sivaram with 3/28 was the most successful bowler for SCC while ace Sri Lankan off spinner Muttiah Muralitharan ended with economical figures of 1/21. 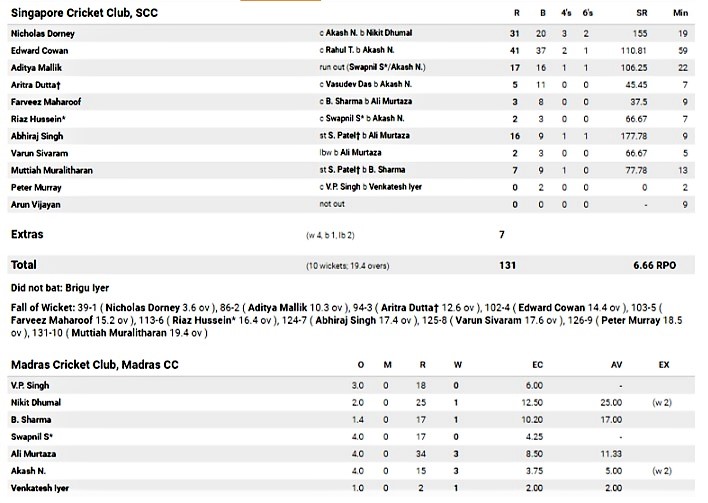 Madras’ win dashed the high hopes that the SCC would reach the semi-finals this year. While there were some impressive individual performances, the team failed to pull together as a unit in the tournament. Defending champions Madras, on the other hand, finished with a perfect win record and will be looking forward to going all the way to repeating their championship victory tomorrow. They will face the other Singaporean side, the SES, while second placed SCG XI in Group A will take on Group B toppers SSC.