Having laws to protect women is not enough; they must be enforced: Indranee Rajah

Singapore has come a long way in its gender equality journey, and over the past decades has seen many positive results.

“From the outset of independence in 1965, [Singapore] took a very definitive stand with regard to gender equality and the status of women,” said Indranee Rajah, Minister in the Prime Minister’s Office, and Second Minister for Finance and Education.

Speaking at the fourth South Asian Diaspora Convention on November 16, Rajah highlighted the importance of women empowerment in South Asia. Held at the University Culture Centre, the convention was organised by the Institute of South Asian Studies, National University of Singapore.

The South Asian region had an average gender gap of 34.2 percent in 2017, according to the World Economic Forum’s Global Gender Gap Report. In addition to a low labour force participation of women, South Asia also grapples with gender-based violence. 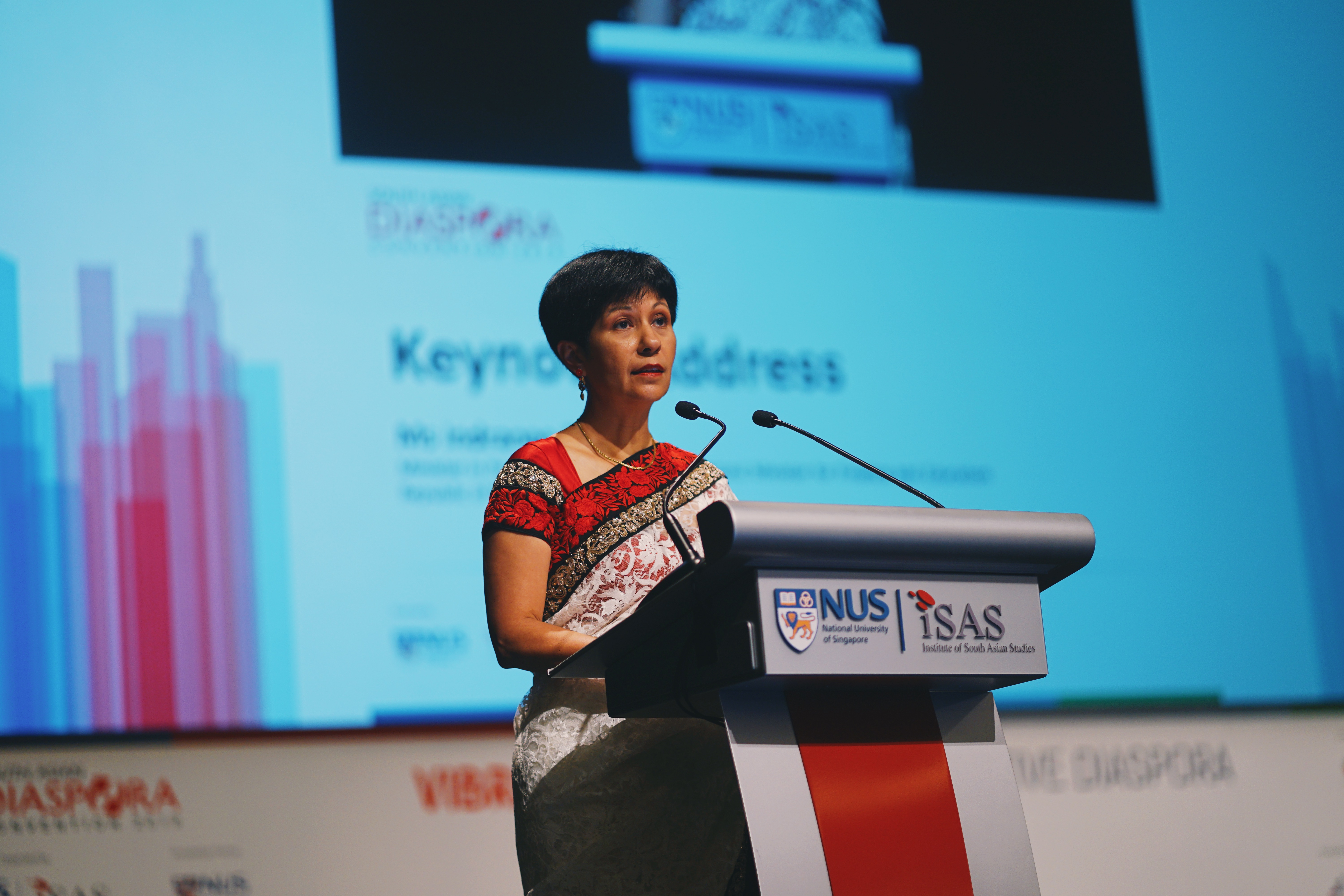 While there had been progress in recent years, “the question is what more can be done and how countries can advance in the shared goal of eradicating these problems,” Rajah noted.

Sharing Singapore’s journey and approach, the Minister said that while the country does not have a specific gender equality or anti-gender discrimination legislation, the Singapore Constitution provides that “All persons are equal before the law and entitled to the equal protection of the law”.

She explained, “We promote equality through the application of our laws and policies. Where necessary, we take steps for the advancement of women both through legislative and non-legislative means.”

But having laws alone is not enough. In Singapore, there is a strict enforcement of these laws.

Rajah emphasised, however, that there is no one-size-fits-all solution. “Each country has to devise strategies and solutions that are relevant and suitable for their individual circumstances, culture and situations,” she said.