More than two decades since its premiere in 1993, The Necessary Stage’s (TNS) will be recreating its landmark play, Off Centre.

Written by TNS’ Resident Playwright, Haresh Sharma, Off Centre casts an honest and unflinching spotlight at how mental illness is regarded in Singapore society.

The play remains relevant today as it was more than 25 years ago, a testament to the crucial need for conversation about mental health, as well as for empathy and support for those who suffer from the ailment.

In 2006, Off Centre became the first Singaporean play to be studied as a GCE ‘O’ and ‘N’ level literature text. Since 2018, the text is being featured once again in the syllabus. 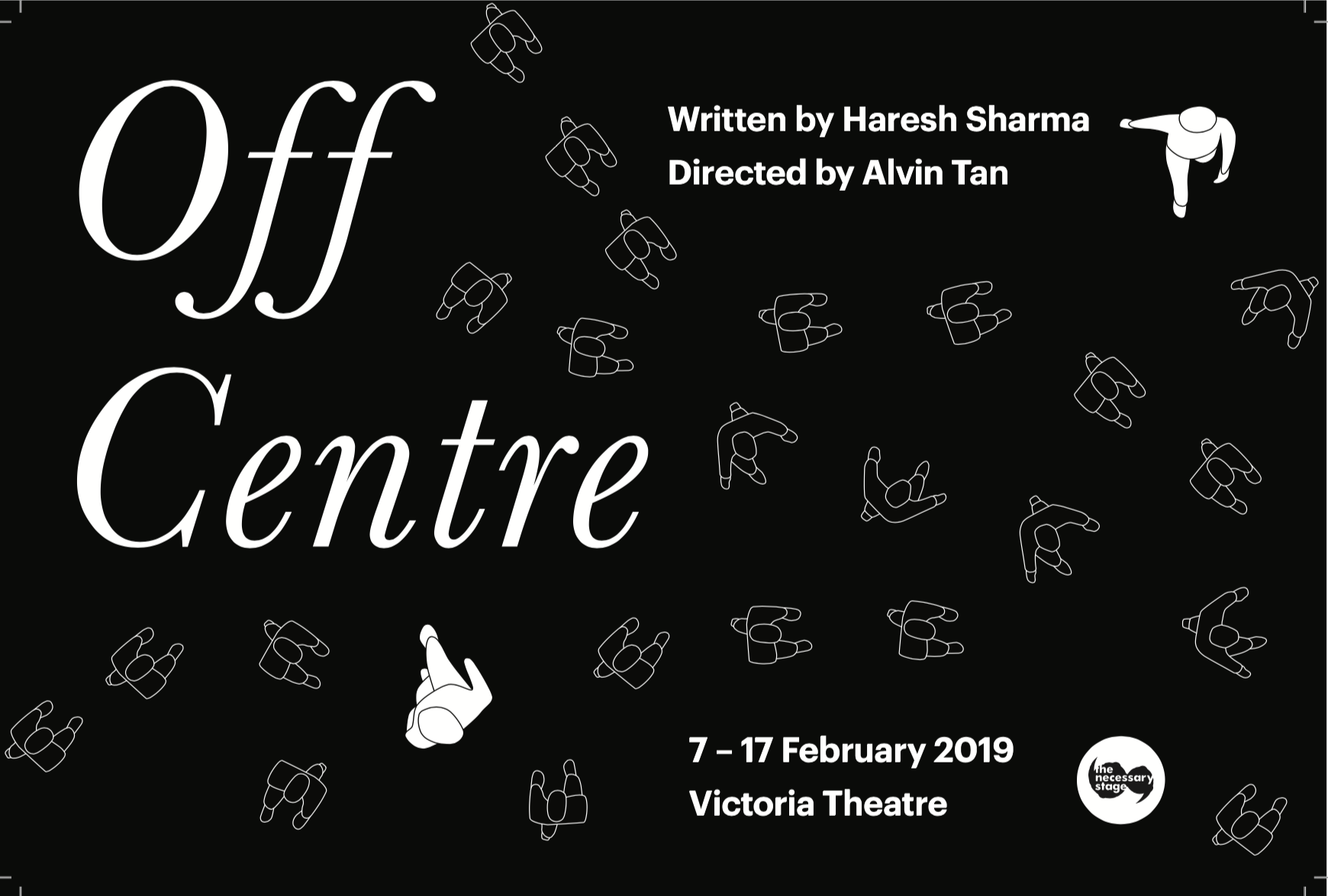 “After 25 years, it's great that the play has a new lease on life. Students will be able to engage and dialogue with the issues, which are still pertinent today,” said Sharma, with regards to Off Centre being back on the literature syllabus.

“We need more of our literature to be taught in schools. The myriad of Singapore writing captures our voices, our stories, our hopes, and dreams. It should be celebrated,” he added. 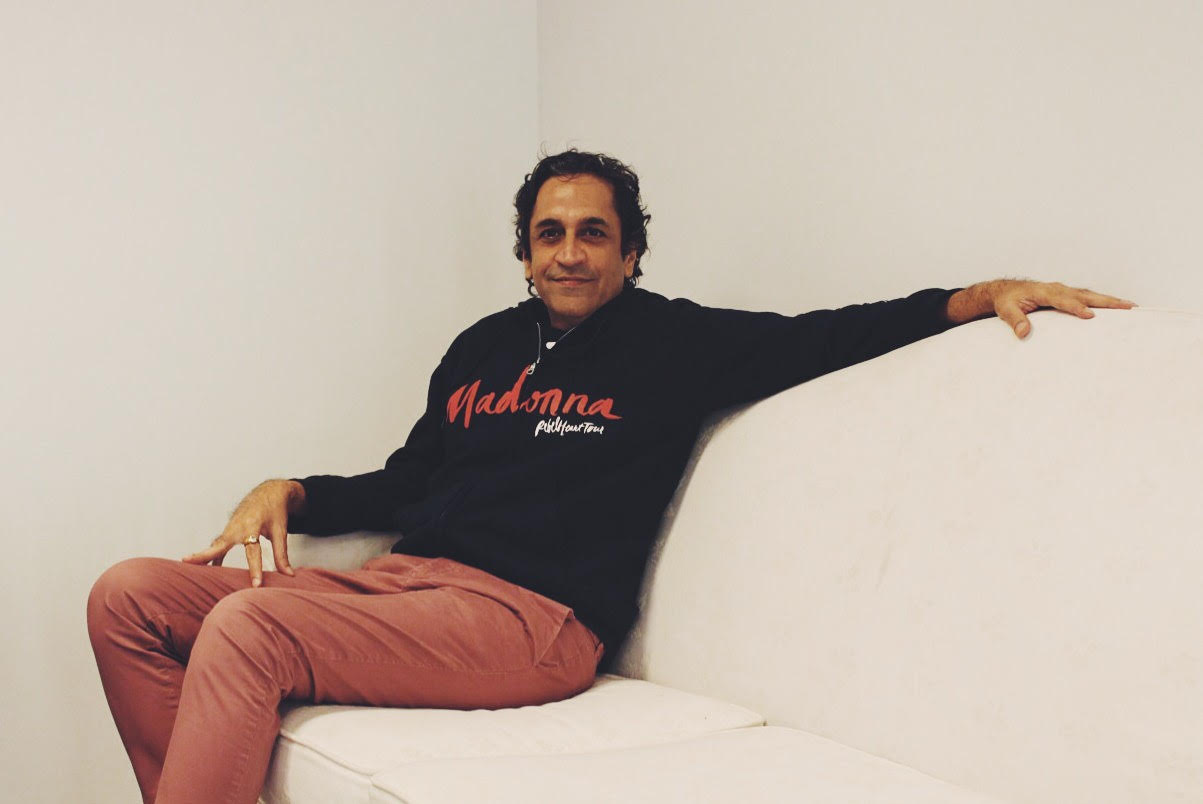 In this coming staging of Off Centre, Sakinah Dollah and Abdulattif Abdullah (Lattif), who played the protagonists Saloma and Vinod respectively in the 1993 staging, will be reprising their roles.

“I am feeling nervous and excited at the same time. There will be a lot of soul-searching for me as the process in this play was and will always be mentally strenuous,’’ Sakinah shared.

Lattif said, “I did not realise how much a part of me the play really is... The play obviously means a lot to the two of us. [I] met my wife and unbelievably and incredibly, I got to teach it as an ‘O’ Level text!” 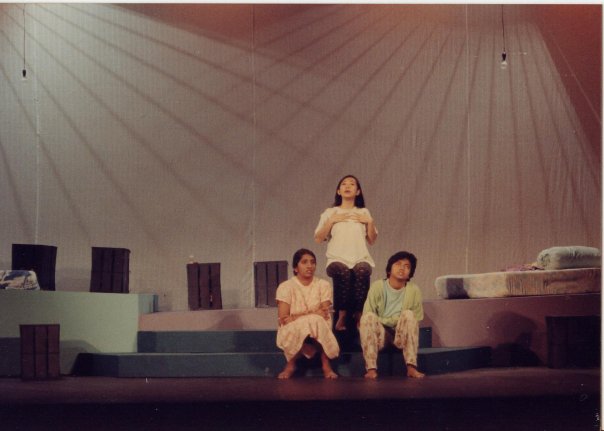 The first staging of Off Centre in 1993. Photo courtesy: The Necessary Stage FB

Aside from Sakinah and Lattif, an ensemble of familiar faces and up-and-coming talents – including Brendon Fernandez, Nicholas Bloodworth, Ellison Tan, Farez Najid, Sindhura Kalidas and Joshua Lim – will be part of the staging. Also joining them are veteran theatre actors Aidli Mosbit and Na-jib Soiman, who were also part of TNS’ previous stagings of Off Centre – 1993 for Alin and 2007 for the both of them.

“As we are having the leads, Vinod and Saloma, and Mak being played by the original cast members who now have more life experiences from when they took on the roles in their 20s, I believe there will be more to look out for in this re-staging,” enthused Artistic Director Alvin Tan. “I’m looking forward to more nuances and layers to the playing of these well-crafted characters who have drawn our compassion and mesmerised us each time they appear on stage since 1993.”

Tickets for Off Centre are now available via SISTIC from 24 October 2018. Performances will run from February 7-17, 2019 at Victoria Theatre.