Akshay Kumar and Kareena Kapoor Khan are set to give fans a Merry Christmas with the release of ‘Good Newwz’, also starring Diljit Dosanjh and Kiara Advani. 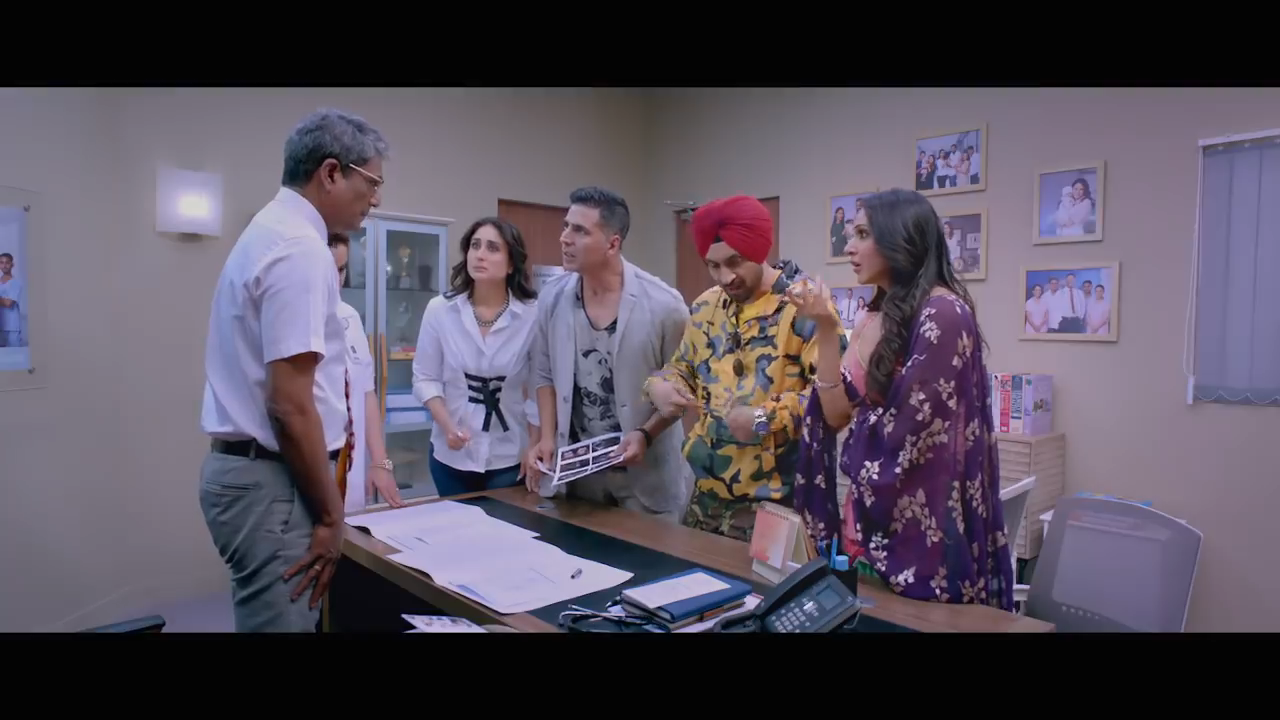 A scene from the trailer. Photo courtesy: Dharma Productions

The Bollywood dramedy will be releasing worldwide on December 27, 2019, marking the first time in a decade that Akshay and Kareena are together onscreen. The film trailer was launched on Monday by the star cast along with the makers.

Directed by debutant Raj Mehta, Good Newwz revolves around two very different couples who detest each other but end up sharing the ‘reproductive journey’ of birth after a mix-up in the in vitro fertilisation process. Produced by Dharma Productions and Cape of Good Films, the film will be distributed globally by Zee Studios International.

“This Holiday season, we aim to gift a perfect blend of entertainment, drama and comedy to our audiences globally with Good Newwz and we intend to spread happiness and love all around the globe with this film,” Vibha Chopra, Head of Global Syndication & International Film Distribution, ZEE Entertainment, said.

“After receiving such positive response on the trailer, we are confident that it will regale audiences not only in India but also across the globe, as Zee Studios International is leaving no stone unturned,” she added.