Indian-American Sahith Theegala of Chino Hills, California, has won the 23rd Sahalee Players Championship (SPC) in golf by defeating Min Woo Lee of Australia as he won the first playoff hole with a birdie. 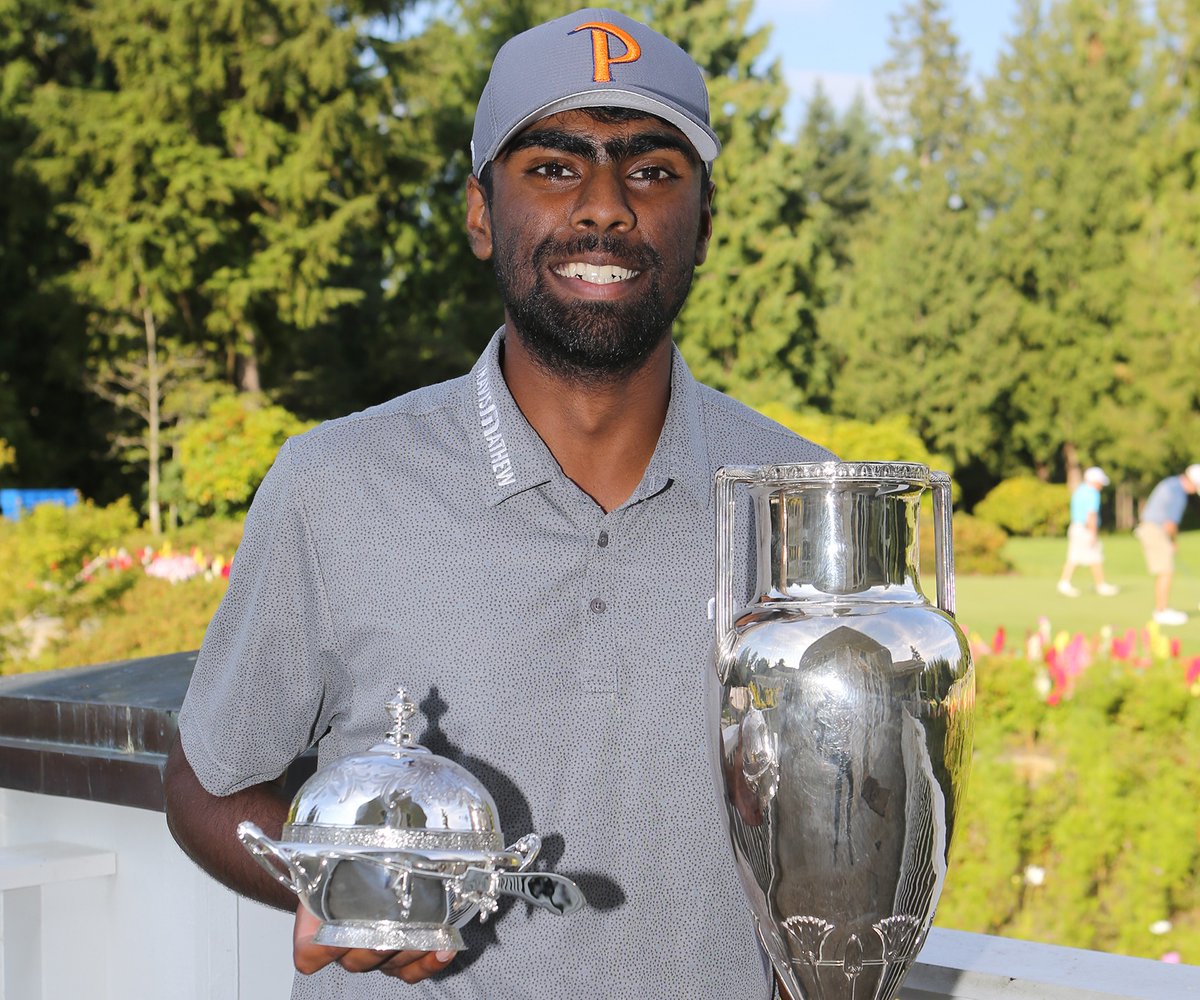 The elite amateur golf championship was held at Sahalee Country Club in Sammamish, Washington, from July 5 to 7.

“I was hitting the ball in some of the worst places possible,” Theegala said in a post-round interview. “I was all over the place, and saving pars from places I thought no way was going to happen.”

The 19-year-old Theegala, a junior at Pepperdine who debuted in the PGA Tour this year, is finishing his sophomore year as West Coast Conference (WCC) Co-player of the Year and was selected as semifinalist for the Jack Nicklaus Award. He also qualified for the US Open 2017 at Erin Hills, and in two weeks will compete in the 51st Pacific Coast Amateur Championship, being held at Chambers Bay in University Place, Washington.

That look you get when you win the 23rd #SahaleePlayers Championship in a playoff. Congratulations @SRTheegala! pic.twitter.com/AU9W6h1VYD

Inaugurated in 1992, the Sahalee Players Championship annually showcases the best amateur golfers in the Pacific Northwest. Past champions of the tournament include Kylle Stanley, Casey Martin, Peter Uihlein and Nick Taylor.