“I have a soft spot for children, I have always had a love for kids,” says Melissa Maria, Principal of the Global Indian International School (GIIS) who began teaching when she was herself just 16 years of age. As she turns 51 this year, her passion for children and her love for teaching remains unabated.

This is visible in the brief interactions witnessed between her and the students, where she addressed them by their names and in turn was treated with respectful courtesy. Maria describes the various facilities we pass by as we walk to her office on the highest floor of the schools SMART Campus in Singapore. 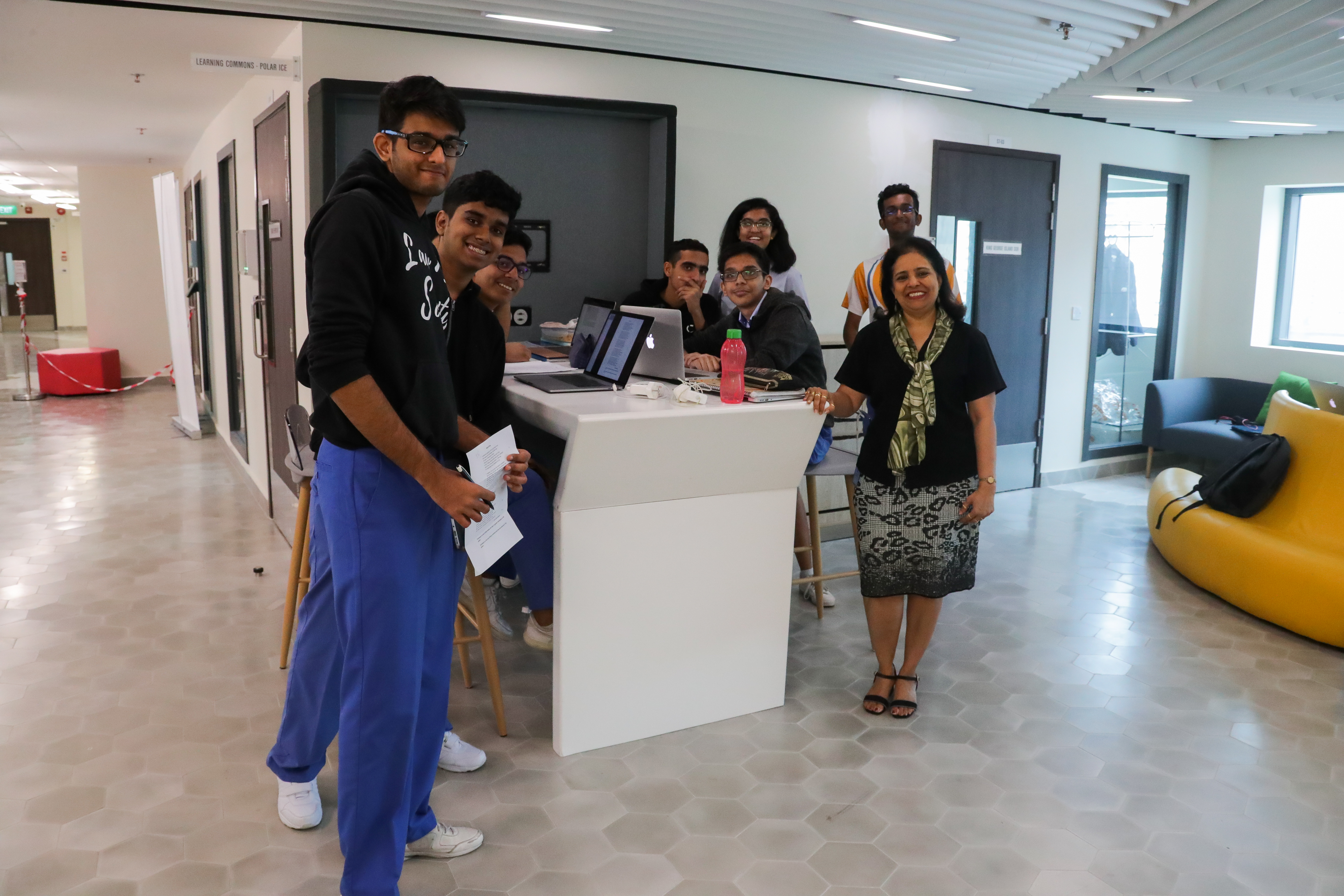 Principal Melissa Maria of GIIS with students from the Punggol SMART Campus, one of GIIS' 21 campuses in 7 countries. Photo Courtesy: GIIS

As we settle into her cosy office overlooking the primary wing and outdoor fields of the vast Punggol campus she tells Connected to India about her association with GIIS, Singapore, which goes back to 2008. Before that she has worked in education and administration in schools in India as well as in Oman.

“Education has changed from then to now, but pedagogy is the same,” says Maria. “However children today are more informed and we cannot just give them what is in the book,” she adds. Speaking of an engaged classroom she notes that children today are more kinaesthetic than ever before and this lends itself very well to hands-on, activity-based and interactive education.

With 21 campuses in seven countries, GIIS’ brand has grown and this is reflected in the Singapore campus too. “There are students of more than 40 nationalities in GIIS today, carrying citizenship of various countries,” Maria shared. The nationalities though predominantly Indian includes Chinese, Indonesian and Japanese as well. Speaking of them Maria says, “Even with English as their second language, they are showing a lot of improvement and are performing well academically as well as in extra-curricular activities and events”.

One of the most exciting journeys for GIIS was that from the old campus to the swanky new one at Punggol which was built from the ground up. “Atul had sent out a mail inviting all staff as well as the students to send in their ideas, thoughts, drawings… a wish list of what they would like their school to be,” says Maria speaking of Atul Temurnikar, Co-founder and Chairman, Global Schools Foundation (GSF) Singapore. “All those wishes and more have been fulfilled,” she says, gesturing towards the flagship SMART Campus. 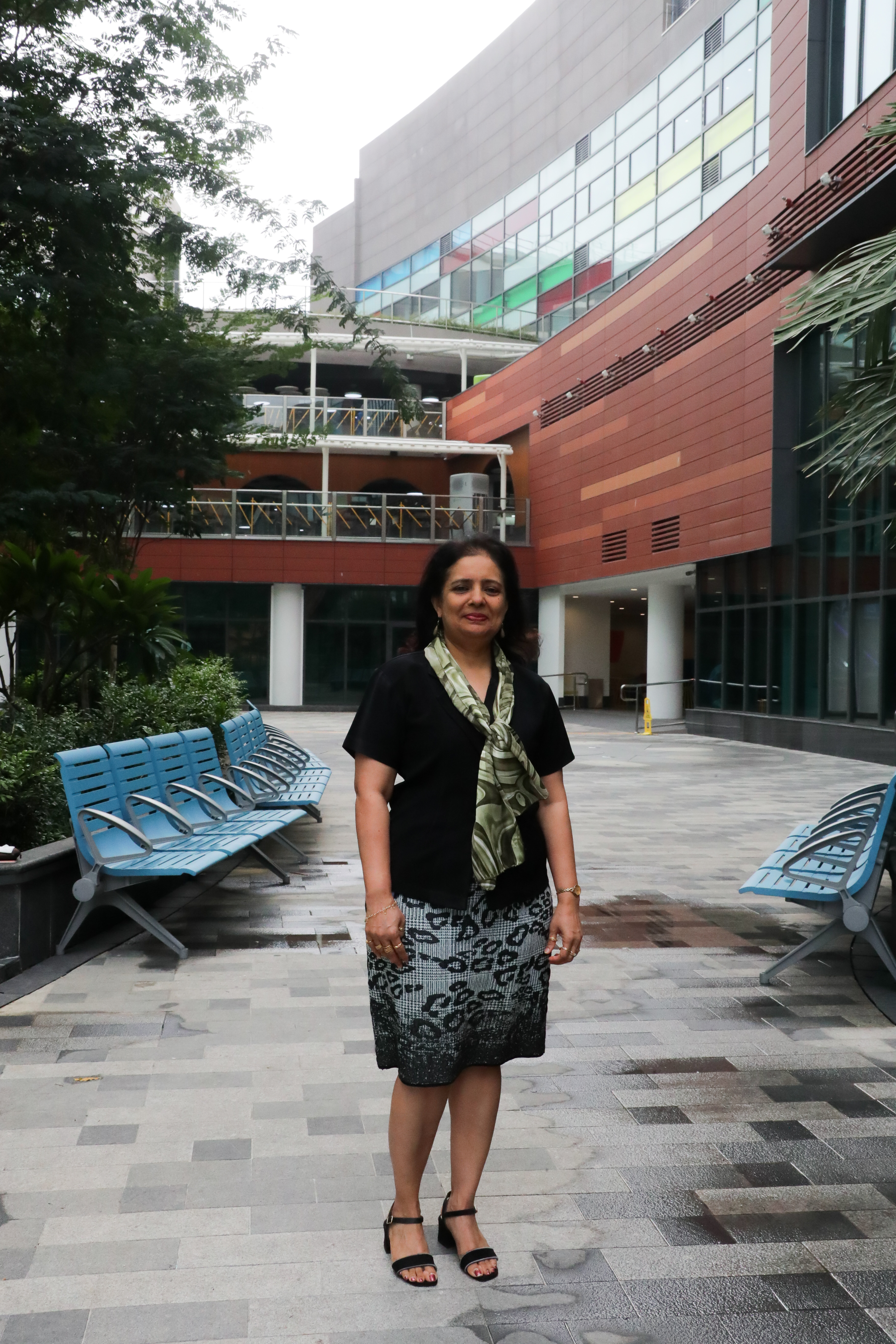 Ms. Maria at the well-planned and laid out GIIS SMART campus, the school is now moving to Phase 2 of the campus building, Photo Credit: GIIS

GIIS is now moving to Phase 2 of the campus building, she adds and to use a colloquial term from Mumbai, the city which Maria comes from, ‘Picture abhi baaki hai’ - The story is not yet concluded.

Having a SMART Campus is one thing, has it led to a genuine improvement in learning, Connected to India asked Maria. “Yes”, says Maria unequivocally. “It gives you focussed information, dynamic data, 1st hand learning, more current feedback on student performances, you don’t have to wait until the results are out at the end of the year. Remedial measures can be put in place where necessary throughout the academic year without losing too much time. Educators as well as the educated benefit,” she concludes.

On smart phones being a boon or a bane and should they be kept away from students, Maria said the students of this generation are different. They are digital natives and today technology is native to these children. “To take the devices away from them will be criminal. It’s like snatching away a book or a pen from a child of yesteryears”, she said.

Adding that technology is their strength, she believes that instead of trying to pull them away from it, technology should be brought in and infused seamlessly into their learning journey. 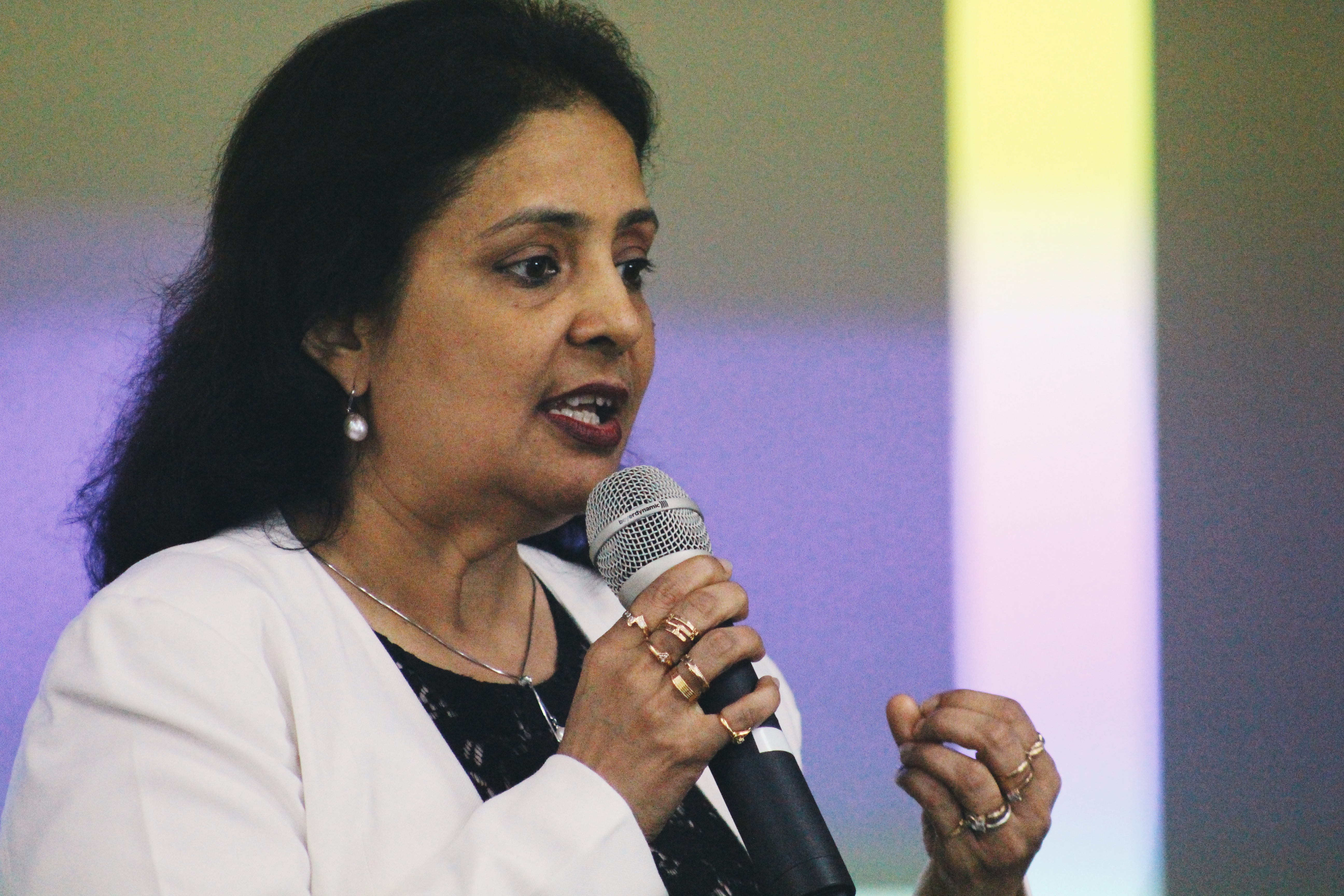 Ms.Maria at a media event sharing about the use of data analytics to measure student performance not only in the classroom but also in the sports field. Photo: Connected to India

A strong believer in tailoring education for children’s needs, Maria believes educationists should grow the mature foresight to utilise digitalisation in their favour rather than wage a losing battle with the changes brought about by smart technology.

Giving the example of multiple intelligence and the different types of learners such as visual, auditory, tactile (reading/writing) and kinaesthetic, Maria notices an increase in Kinaesthetic learners. These are learners who benefit from doing and from hands-on activities. “Kinaesthetic learners are increasing and they are improving with SMART learning initiatives ,'' she noted. Games, simulations and practise based activities that allow them to see a task through - from initiation to completion are made possible through digitisation.

“One of our mandates is integration,” states Maria, referring to assimilating with the Singaporean system which is done with the help of agencies such as the Integration board. “This includes community involvement projects with Singapore Kindness Movement, SINDA, BIZLINK Flag day, Sree Narayana Mission, Loving Hearts Multi Service Centre and Punggol CC among others,” she added.

GIIS has actively pursued community integration programmes, outreach towards the less fortunate and activities to ensure staff and students assimilate with the country they are in. 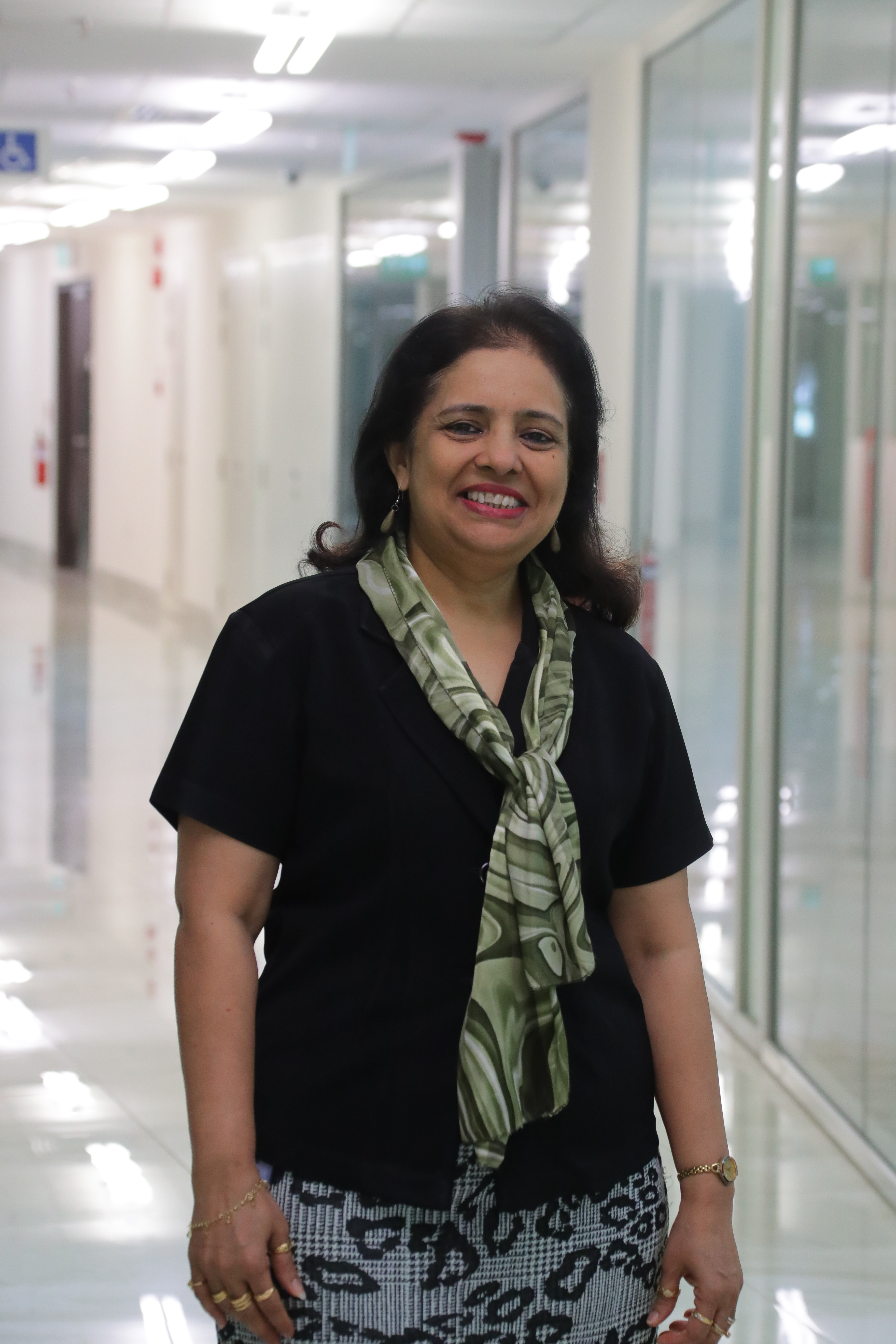 To familiarize students with their National Service commitments to support the National Defence of Singapore, GIIS works with ACCORD Nexus, Ministry of Defence (MINDEF) Singapore, to deepen engagement with family members and prepare the students.

Not only is Maria a strong proponent of technology and preparing children for 21 century challenges, she also believes strongly in green initiatives and in lifelong learning. “I am a qualified lead assessor in India for the Indian Merchants Chambers Award  and in Singapore where I work with Enterprise Singapore, earlier known as SPRING, Singapore,” she said. To be an internal assessor, she went through continuing education and training (CET) and in the process made herself familiar with the ISO, OHSAS , Edu Trust requirements and Business Excellence Awards in Singapore.

Maria notes that along with all other changes, with time parental expectation has grown a lot too. “Today’s parents know a lot more than parents before and they are definitely better informed ,” she notes. “However we need their collaboration. Trust the educators,” she exhorts. 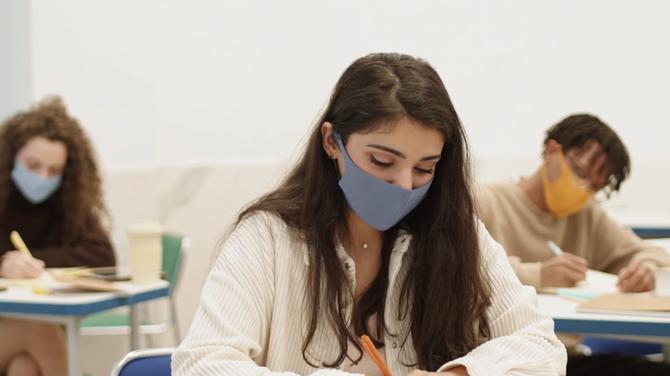 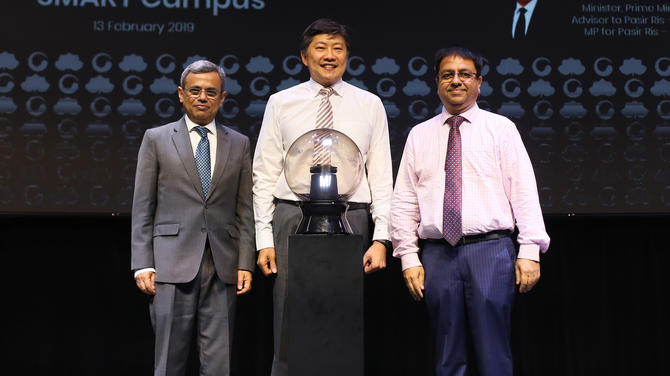 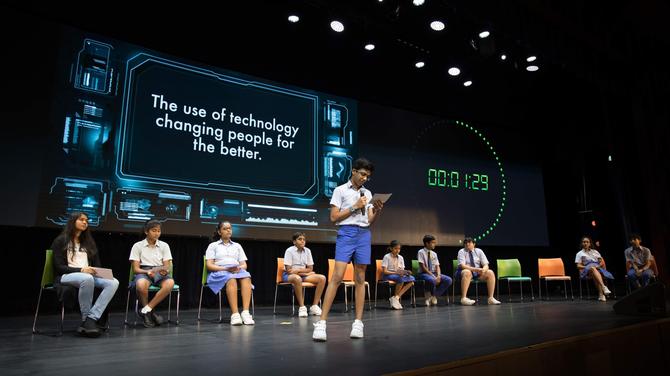