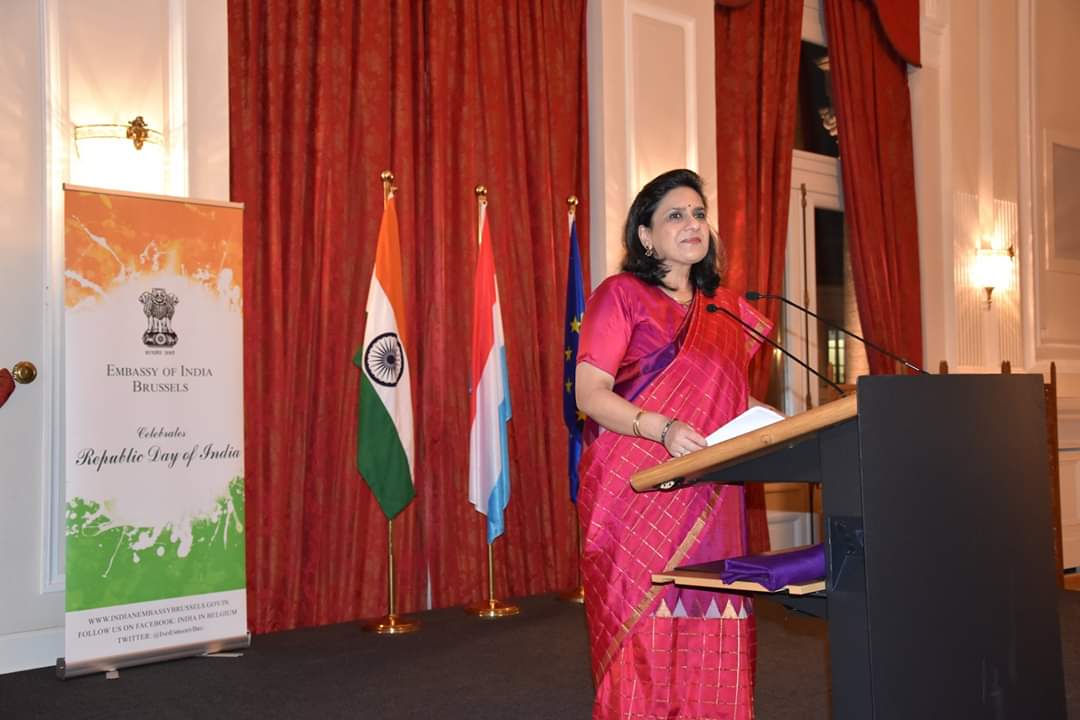 1986-batch Indian Foreign Service officer Gaitri Kumar has been appointed as India's next High Commissioner to the UK. Photo courtesy: Facebook/India in Belgium

The 1986-batch Indian Foreign Service officer is currently serving as Indian Ambassador to Belgium, Luxembourg and the European Union.

In a career of over 30 years, she has served in Indian missions in Paris, Kathmandu, Lisbon and Geneva as well as been Joint Secretary in the Americas division at the Ministry of External Affairs headquarters in Delhi.

The MEA also announced the appointment of envoys to the State of Kuwait and Finland.

Former MEA spokesperson Raveesh Kumar, a 1995 batch IFS officer and present Joint Secretary in the Ministry, has been appointed as Ambassador to Finland.

1993 batch IFS officer Sibi George, who is presently the Ambassador of India to Switzerland, has been appointed as the next Ambassador to the State of Kuwait.