Indians have been using this form of greeting for centuries. And now the world seems to have caught on too.

As the novel coronavirus spreads across the globe, medical advice has been to keep a safe distance from each other. In this environment, the Indian greeting of namaste has caught on the world over.

The latest to be spotted using the greeting, which does not involve touching anyone else’s hands, are Prince Charles and US President Donald Trump. 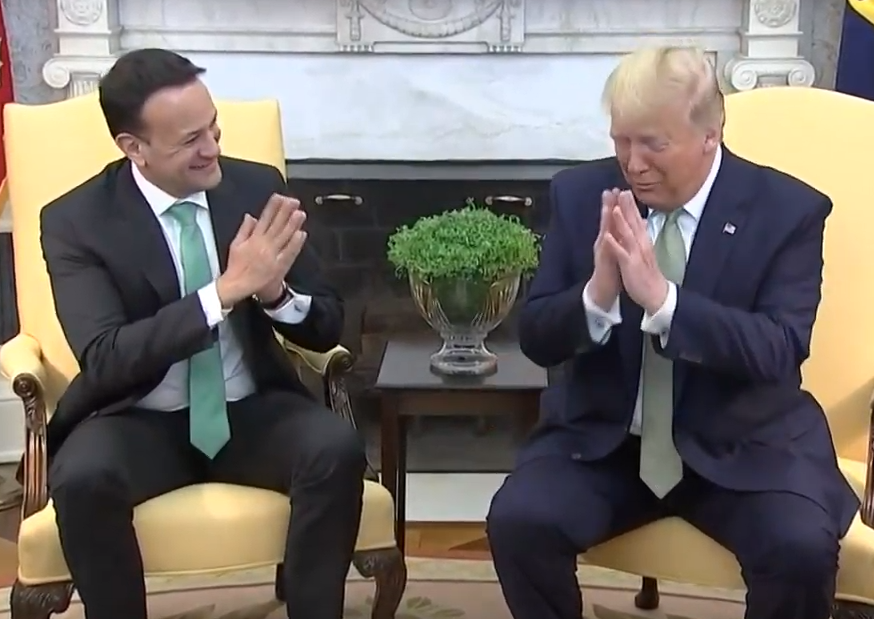 "We did not shake hands today. We looked at each other and said what we are going to do. You know, sort of a weird feeling," Trump told reporters in the Oval Office.

"They (India and Japan) were ahead of the curve," Trump added, mentioning the Japanese greeting of bowing.

Prince Charles was spotted greeting people with namaste at the Prince’s Trust Awards on Wednesday.

See we Indians told to do this to world many many years ago. Now just a class on ‘how to do namaste properly’. #CoronaVirus pic.twitter.com/P1bToirPin

In a video shared by Parveen Kaswan, an Indian Forest Service (IFC) officer, the 71-year-old Prince can be seen initially extending his hand for a handshake before quickly changing it to a namaste.

Président Macron has decided to greet all his counterparts with a namaste, a graceful gesture that he has retained from his India visit in 2018 pic.twitter.com/OksoKjW7V8

Last week, Israel Prime Minister Benjamin Netanyahu had urged people in his country to adopt the greeting of namaste to help control the spread of COVID-19.

Prime Minister of Israel Benjamin Netanyahu @netanyahu encourages Israelis to adopt the Indian way of greeting #Namaste at a press conference to mitigate the spread of #coronavirus pic.twitter.com/gtSKzBDjl4