It all began with a challenge.

“My cousins were on the national cricket team for Singapore, and I used to play cricket with them at the void decks when I was about 13 years old. They would tease me by saying that I cannot play cricket because I am a girl,” said Diviya G K, captain of the Singapore Women’s National Cricket Team. 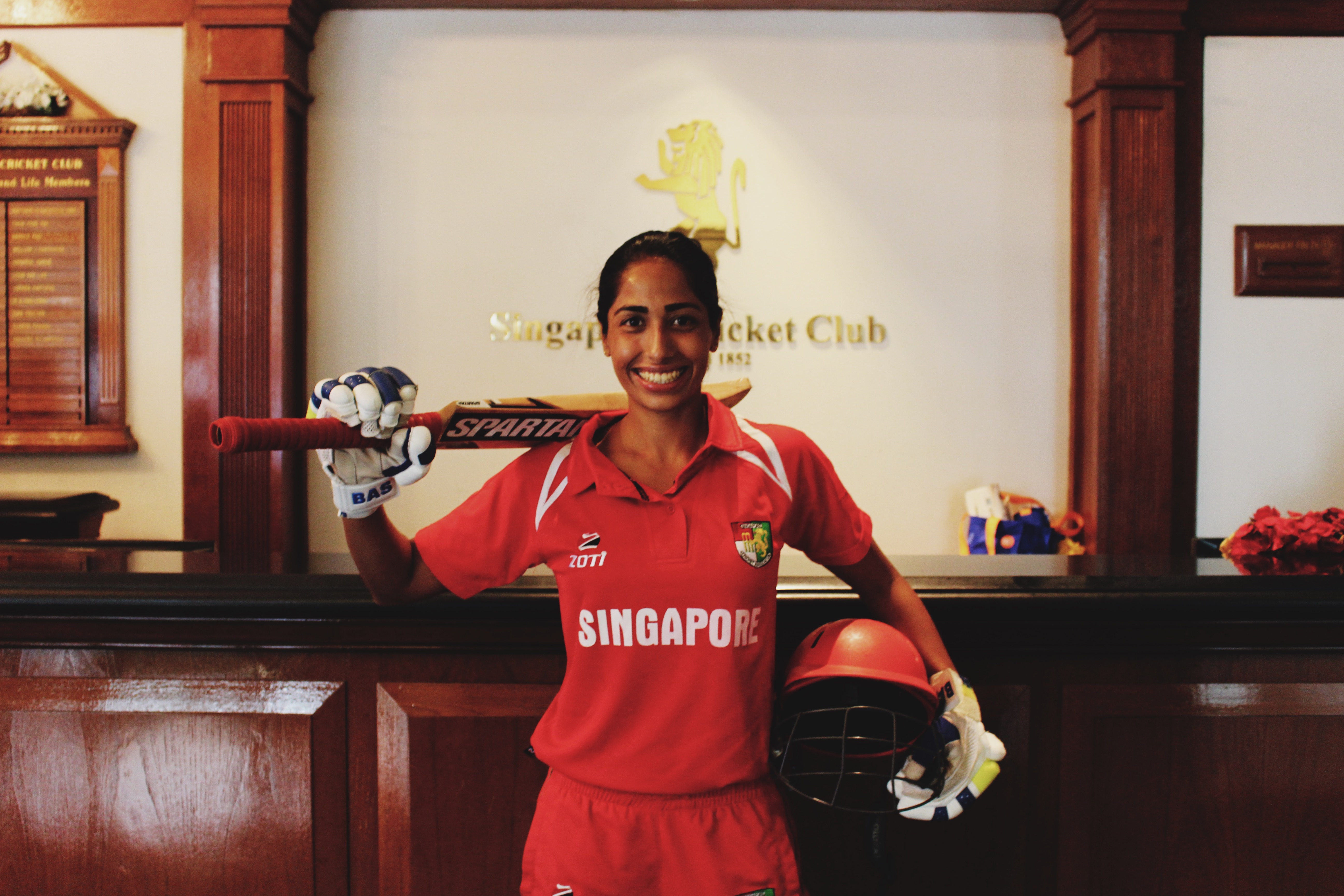 At that point in time, the women’s national team had not been formed yet. But Diviya was determined to beat her cousins at their game. “I took it as a competition – I started watching a lot of cricket games on television to learn the game by myself. I would practise how to bat and bowl on my own, and then I would take them on,” Diviya shared.

Despite her petite appearance, Diviya’s confidence and fierce spirit shines through as she speaks passionately about the sport she loves so much.

In 2006, when Singapore was looking to form a women’s national team, Diviya jumped at the opportunity. “I tried out for it, and was selected. Since then, I haven’t stopped. My cousins still tease me about it, but they have always helped me a lot along the way, because I train with them as well.”

Having completed a bachelor’s degree in clinical science, which was pre-medicine, Diviya had initially wanted to pursue a post-graduate medicine degree because her dream had been to become a doctor. 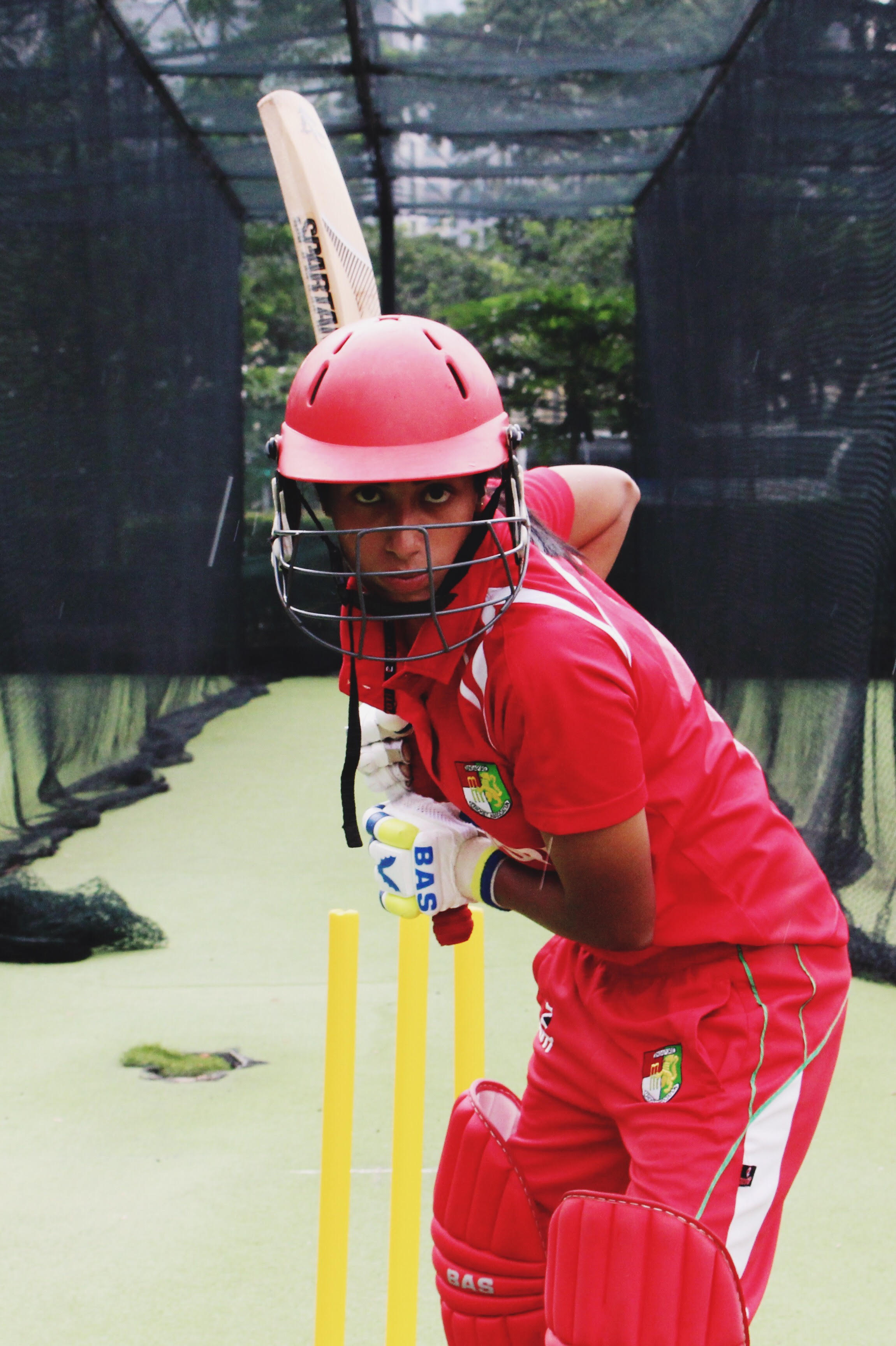 Diviya G K at the nets. Photo: Connected to India

“Fortunately or unfortunately, I was unable to pursue further studies due to financial constraints. Perhaps it was also a blessing in disguise, because if I had ended up becoming a doctor, I wouldn’t have time for cricket at all,” Diviya said, expressing gratitude towards whatever comes her way. She spoke about how it is important to be grateful for whatever you have, advising young cricketers to always have patience and just work hard in whatever they do, because “good things take time to happen.”

Besides playing cricket for the national team and coaching, Diviya also plays for the men’s team at Singapore Cricket Club. She is so far the only woman to play in the men's league in Singapore, and probably the whole of Southeast Asia. Diviya also attends national men’s team trainings, and she shared that during practice sessions, she doesn’t get any special treatment. “They are hard on me, they scold me, and they treat me like one of them. I think that is the whole beauty of it. I enjoy training with them because they are constantly pushing me, and that’s what I love about it,” said Diviya. “I also feel very blessed and privileged to be able to train with the men’s team.”

Currently, Diviya is working to get more girls to start playing cricket. She hoped that perhaps, by the end of this year, there would enough female cricketers to start a league. “There is a plan laid out, but it’s a very slow process, because it’s not easy getting girls to play cricket,” she explained. 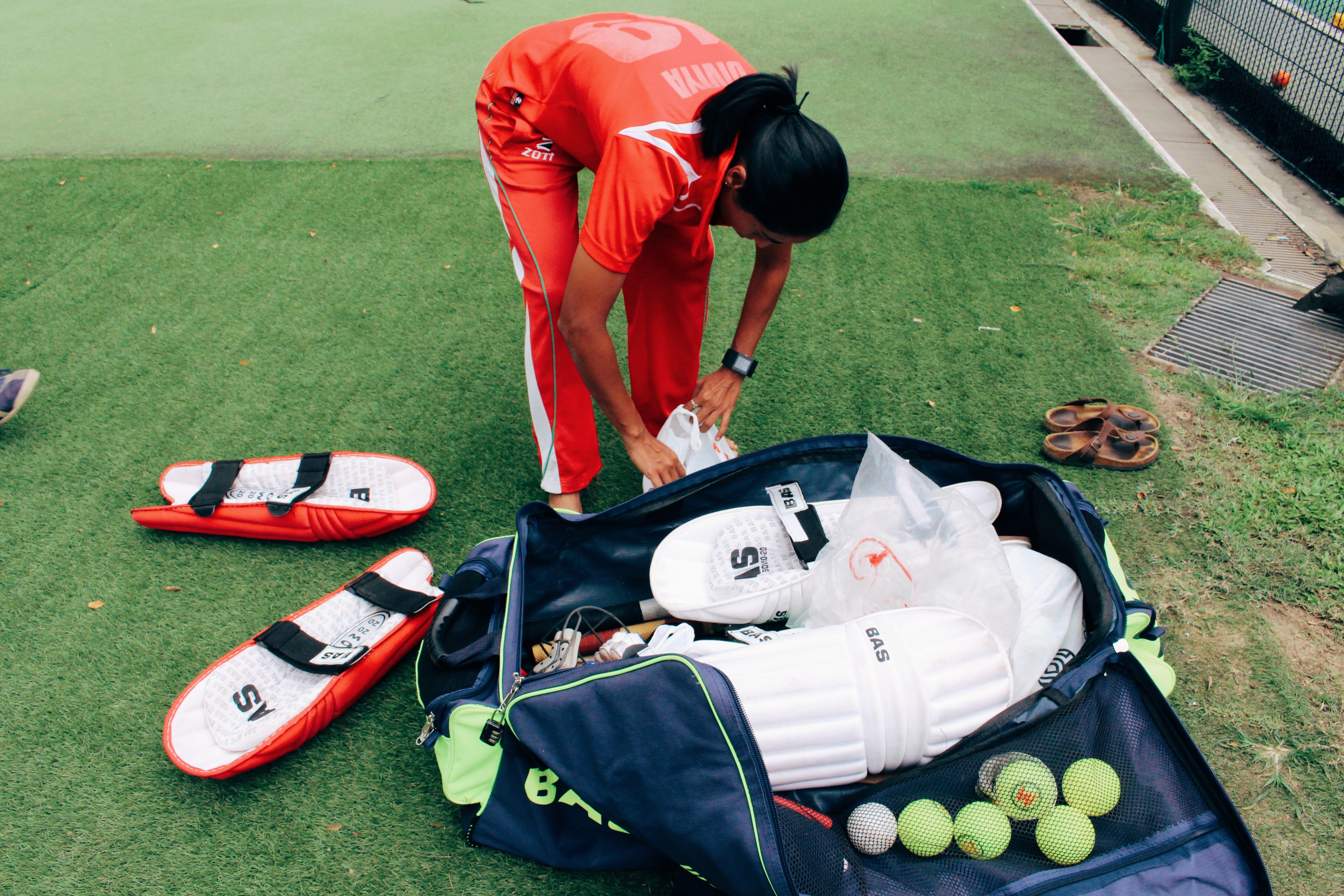 As for herself, Diviya is aiming to play at the Big Bash League in Australia within the next five years, and she’s working hard towards that goal.

On what are the valuable takeaways she had from watching more senior cricketers play, “I think it’s important to see how they handle pressure and get on top of situations. Sometimes in a game, we do frustrated when things are not going our way, but I supposed that happens in every sport. So it is very nice to watch older cricketers and see how they maintain their calm during a stressful game.”

Lastly, speaking about the upcoming SCC Twenty20 tournament, which will be held exactly one week before Diviya leaves the country for SEA Games, she enthused, “I am really excited about it because I know it’s going to be a huge event. There are great teams playing, so I’m looking forward to the tournament.”