Dame Asha Khemka, an Indian-origin educationist in the UK, has been named the 'Asian Businesswoman of the Year' in an award ceremony in Birmingham.

The 65-year-old Khemka, who moved to Britain from Bihar, is the Principal and CEO of West Nottinghamshire College. She was honoured for her efforts in the field of education and skills at the Asian Business Awards ceremony. 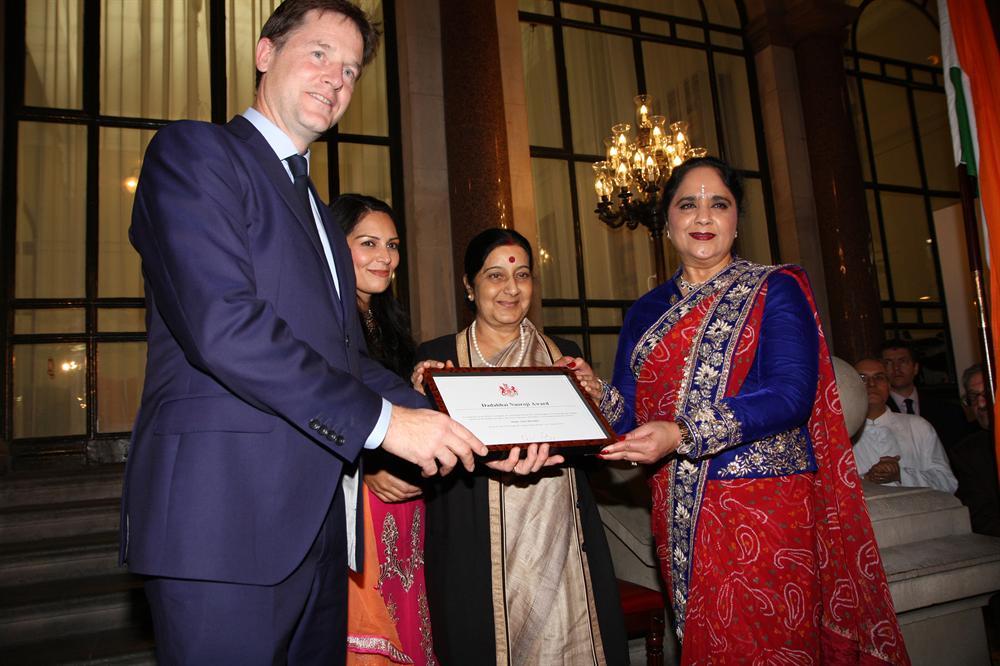 Hosted by the Asian Media and Marketing Group (AMG), the event, which took place at the Edgbaston cricket ground in the city, also marked the launch of the 'Asian Rich List' for the Midlands to highlight the high net worth Asians in the region.

Born in Bihar's Sitamarhi district, Dame Khemka left school after passing her exams at the age of 13 and had close to no English language skills when she moved to the UK with her husband and kids. She taught herself English by watching children's TV shows and talking to other young mothers. She went on to acquire a business degree from Cardiff University before becoming a lecturer and eventually taking over as principal and CEO of West Nottinghamshire College, one of the largest in the UK.

In 2013, she was made a Dame Commander of the Order of the British Empire, one of Britain's highest civilian awards. She was the first Indian-origin Dame since Maharani Lakshmi Devi Bai Sahiba of Dhar State in 1931.

Other winners at the event included Morningside Pharmaceuticals as Asian Business of the Year Award; Kailash Suri, Managing Director of Reel Cinemas, as ‘Entrepreneur of the Year; and Nishti Ismail, founder of Nishti's Choice for Community Champion.

Indians Nita Ambani, Board of Director in Reliance Industries and Founder-Chairperson, Reliance Foundation and Arundhati Bhattacharya, Chairman and Managing Director, State Bank of India, have also been listed as the top two of ‘Asia’s 50 Power Businesswomen 2016’, which was released in the April issue of Forbes Asia.

Six more spots in the list were also occupied by Indian women, taking the total up to eight. The other Indians who also made it to the list are Ambiga Dhiraj, CEO of Mu Sigma (No 14); Dipali Goenka, CEO and Joint MD of Welspun India (No 16), Vinita Gupta, CEO of Lupin (No 18), Chanda Kochhar, Managing director and CEO of ICICI Bank (No 22), Vandana Luthra, Founder of VLCC Health Care (No 26), and Kiran Mazumdar Shaw, India’s foremost STEM-queen as Founder-Chairman of Biocon (No 28).