‘Go back to your country’ shouted in yet another hate crime.

There have been multiple reports of hate-fueled attacks against people of Indian origin from across the US; close on the heels of the shooting death of Olathe-based Indian Engineer Srinivas Kuchibhotla at a Kansas bar.

On Thursday night a case of shooting death was reported from Lancaster, South Carolina. Convenience store owner, Indian American Harnish Patel’s body was discovered outside his home. Patel who comes from Vadodara is survived by his wife and a child in elementary school, who were at home when he was killed.

Local TV reported that there was palpable anger among the residents of Lancaster against the killing of Patel, who was a beloved member of the community. Police officials in Lancaster, however, would not label Patel's killing was a hate crime as the investigation is still on.

On Friday night a 39-year-old Sikh man working on his car in his driveway was approached by a masked gunman in Kent, Washington State. Following a brief altercation, the gunman yelled ‘Go back to your country’ before shooting the victim in his arm and running away. The victim’s injuries are considered not life threatening. The gunman has been described as a stocky, 6-foot-tall white man wearing a mask over the bottom part of his face. Kent police chief said the department is investigating whether this was a possible hate crime against the Sikh community.

Family members of the victims in the Kansas shooting expressed fears about the current atmosphere in the US. They directly attributed this to President Trump’s negative rhetoric against immigrants. The White House disputed that claim. In his first State of the Union address, President Trump condemned as ‘hate and evil’ the killing of Srinivas Kuchibhotla. Indian Americans who lived through the aftermath of the 911-terror attack have noticed a higher uptick in racial persecution and verbal abuses since the 2016 election. 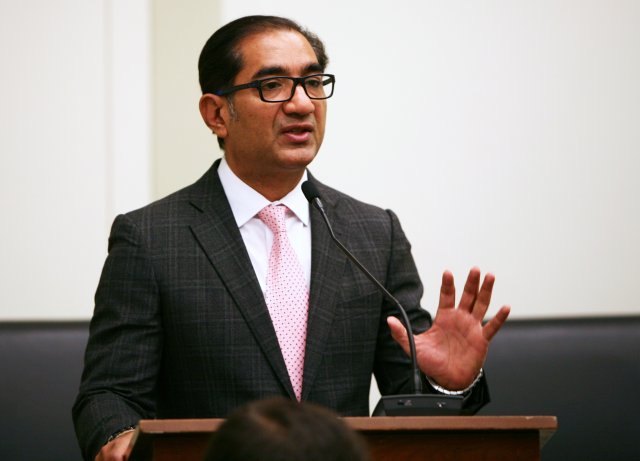 USINPAC Chairman, Sanjay Puri, affirmed, “USINPAC urges the Trump administration to strongly condemn the hate-fueled attacks on Indian Americans and to take firm steps to mitigate the negative atmosphere of fear and uncertainty prevailing among racial and ethnic minorities in the country. We are urging concrete steps by the Department of Justice and to address the community.”