Three Indian nationals were arrested at the Woodlands Checkpoint during the wee hours of Jan 28, 2018, for dealing with more than 4,500 cartons of duty-unpaid cigarettes.

That day, Singapore Customs, together with the Immigration & Checkpoints Authority (ICA) were monitoring the entry of a Malaysia-registered bowser truck which was suspected to be delivering duty-unpaid cigarettes from Malaysia into Singapore.

The truck, which was driven by a Malaysian man, was directed for inspection at the checkpoint. 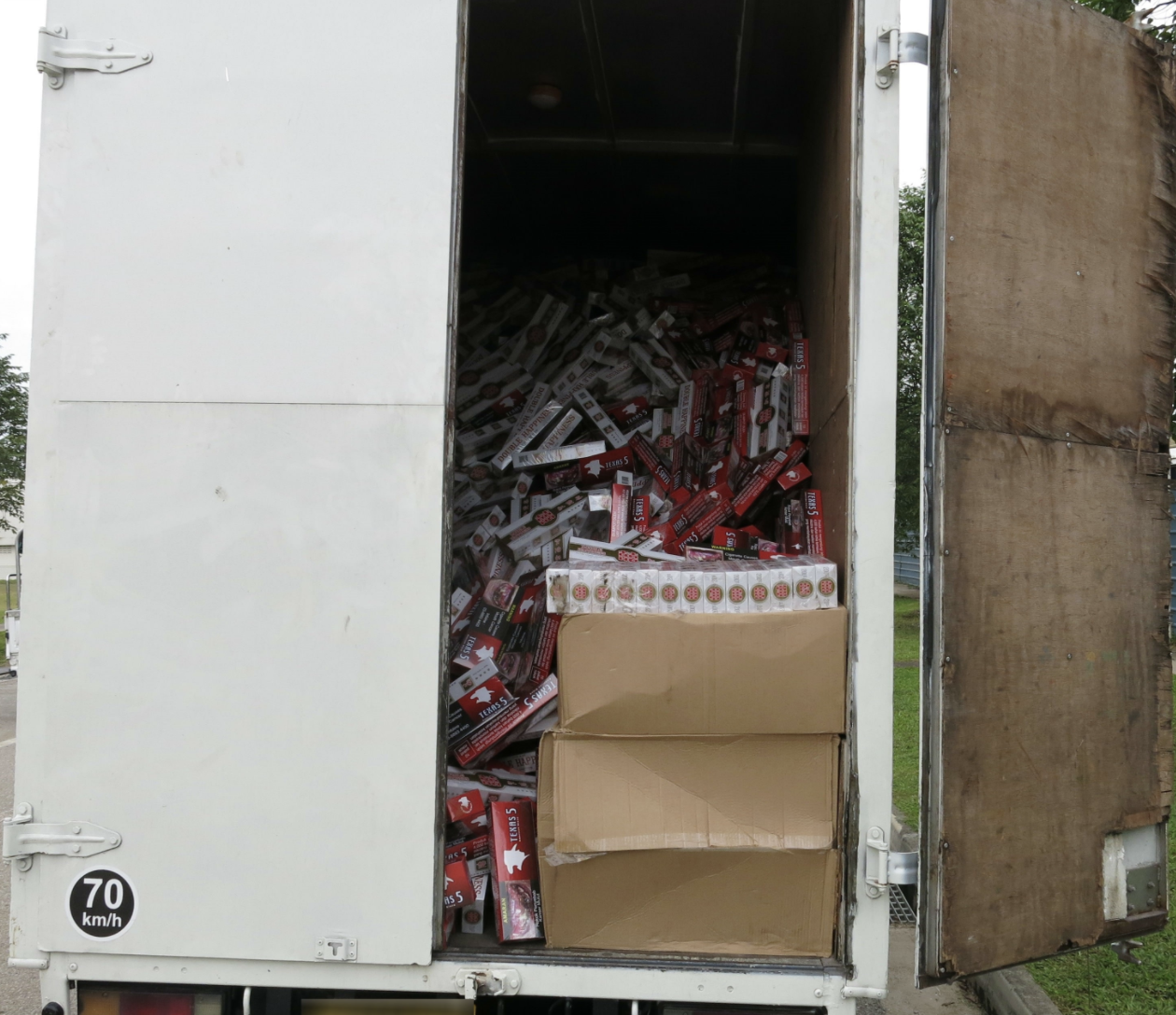 During the inspection, the ICA officer noticed anomalies in the scanned image of the bowser, and alerted Singapore Customs.

In a follow-up operation at Tuas View Crescent, two Singapore-registered trucks were parked next to the bowser truck. Three men were seen alighting from one of the trucks and transferring goods from the bowser to the other truck.

Singapore Customs officers conducted a search and found a total of 4,567 cartons and 80 packets of duty-unpaid cigarettes in the bowser and the other truck.

The three men, all Indian nationals, were immediately placed under arrest, while the Malaysian driver was arrested on the same day at the Tuas Checkpoint. The duty-unpaid cigarettes, bowser truck, and the other two trucks were seized.