The Chairman of the Indian Space Research Organisation (ISRO) K Sivan announced that four Indian Air Force (IAF) pilots have been chosen to orbit the Earth in the Gaganyaan mission. 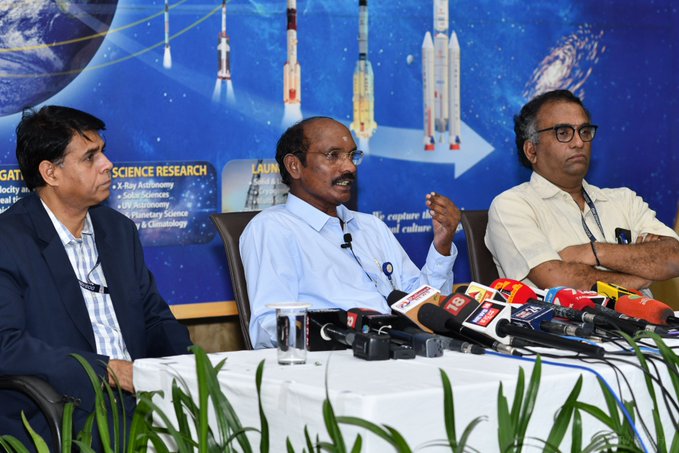 “We have selected 4 IAF pilots for our first manned space mission in 2021-22. Three of them will go into space to orbit around the earth for a week and conduct experiments in micro-gravity and bio-science,” Sivan told reporters but did not reveal their identities or names.

The four are set for training in Russia from the third week of January ahead of becoming the first Indian crew to go into space in an Indian mission.

“The four pilots have undergone medical tests at the Indian Aviation Medicine of the IAF in Bengaluru and in Russia at the space agency which will train them in all aspects of a manned mission in outer space,” said Sivan.

Despite Prime Minister Narendra Modi hinting in his Independence Day speech on August 15, 2018, that three Indians, including a woman, would be sent into space, Sivan announced that the crew would be all male.

The Indian Air Force had shortlisted 12 potential astronauts for the Gaganyaan project, out of which seven pilots were sent to Russia for training.

‘Gaganyaan’ is India’s manned space mission which the ISRO aims to launch by December 2021. The project aims at sending the astronauts to Earth’s lower orbit.

In the run-up to the manned mission, the space agency has scheduled 2-3 unmanned launches in 2020 and 2021 to test the propulsion modules, including the crew module and the escape system in the event of any emergency in the spacecraft.

Rakesh Sharma, a former IAF pilot, was the first Indian to travel to space as a part of the Soviet Union’s Soyuz T-11 expedition, launched on April 2, 1984.

Indian-born Kalpana Chawla and Indian-origin Sunita Williams are among the elite club of people who have left the atmosphere as well. Chawla was one of the seven crew members who perished in the space shuttle Columbia disaster during re-entry into the Earth’s atmosphere in 2003.