Rameet Sandhu, who won the Miss India Scotland title in 2012, was chosen to star opposite Punjabi singer Hardy Sandhu in the Pollywood movie ‘Mahi NRI’, which released on February 10, 2017. 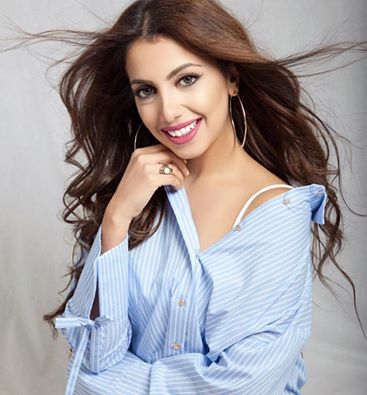 Rameet, who studied acting and performance at Stow College, now part of Glasgow Kelvin College, said on social media: “It really is all happening at once. I’ve been spending a lot of time away from home, but it’s great.”

The movie has been directed by Gaurav Bavdankar, and is set primarily in Birmingham. The plot follows Sherry (Hardy Sandhu), who moves to England to study at Birmingham Royal College where he meets Mandy (Rameet Sandhu) and struggles to convince her mother to let them get married. The film explores NRI stereotypes and the marriage culture in India and abroad in a light-hearted comedic style.

The film coincided with the release of Rameet’s single ‘Talli Hogiya’, a song created with Dr Zeus and featuring Dr Dre’s son Curtis Young. Rameet says that singing is her first love and she wishes to keep music as her primary focus. She had also performed alongside the rapper at the BritAsia TV World Music Awards.

Rameet can be seen on E4 dating show Game of Clones, which sees single people design their ideal partner.