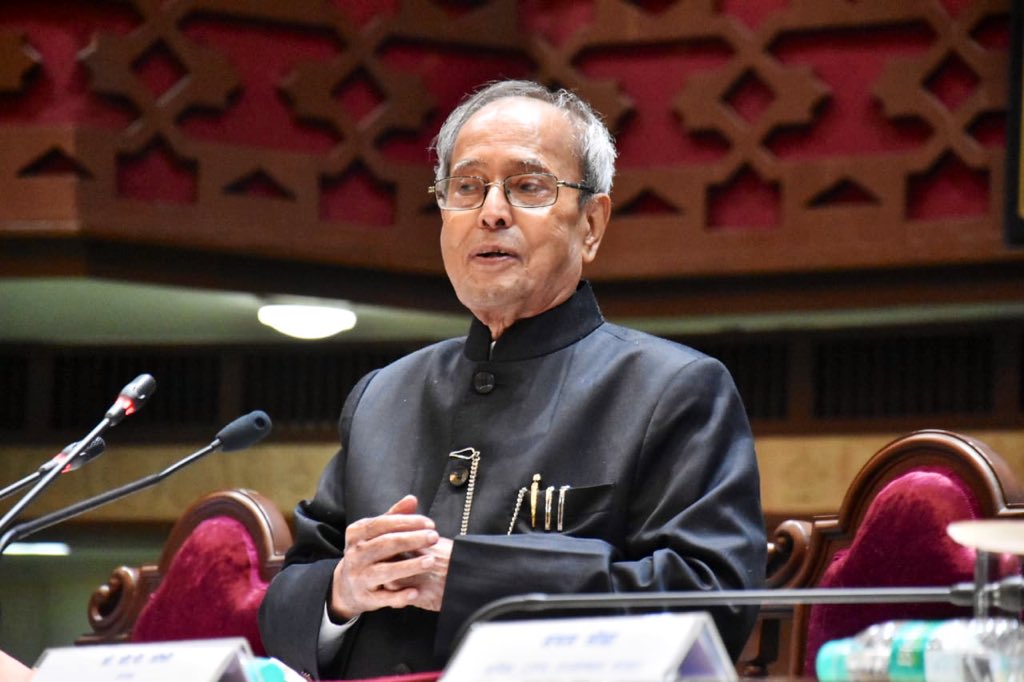 Former India President Pranab Mukherjee has died at 84, weeks after undergoing a brain surgery. Mukherjee served as President of India from 2012 till 2017.

He was admitted to hospital on August 10 to undergo a surgery to remove a clot in the brain, following which he developed complications. He had also tested positive for COVID-19. Since then he has been battling ill health, slipping into a come and requiring ventilator support.

On the morning of August 31, the Army's Research and Referral Hospital, where he was admitted, had reported a decline in condition, saying that he had gone into a septic shock.

The news of his passing was tweeted by his son Abhijit Mukherjee.

"With a Heavy Heart , this is to inform you that my father Shri #PranabMukherjee has just passed away inspite of the best efforts of Doctors of RR Hospital & prayers ,duas & prarthanas from people throughout India ! I thank all of You," he tweeted.

With a Heavy Heart , this is to inform you that my father Shri #PranabMukherjee has just passed away inspite of the best efforts of Doctors of RR Hospital & prayers ,duas & prarthanas from people throughout India !
I thank all of You 🙏

Pranab Mukherjee was the 13th President of India and was awarded the Bharat Ratna in August last year.

Following the news of his demise, tributes poured in from various quarters:

Sad to hear that former President Shri Pranab Mukherjee is no more. His demise is passing of an era. A colossus in public life, he served Mother India with the spirit of a sage. The nation mourns losing one of its worthiest sons. Condolences to his family, friends & all citizens.

Endowed with perspicacity and wisdom, Bharat Ratna Shri Mukherjee combined tradition and modernity. In his 5 decade long illustrious public life, he remained rooted to the ground irrespective of the exalted offices he held. He endeared himself to people across political spectrum

India grieves the passing away of Bharat Ratna Shri Pranab Mukherjee. He has left an indelible mark on the development trajectory of our nation. A scholar par excellence, a towering statesman, he was admired across the political spectrum and by all sections of society. pic.twitter.com/gz6rwQbxi6

Pranab Da's life will always be cherished for his impeccable service and indelible contribution to our motherland. His demise has left a huge void in Indian polity. My sincerest condolences are with his family and followers on this irreparable loss. Om Shanti Shanti Shanti