Ten foreign companies, including Facebook, Google and Uber, had written to the Singapore police asking for permission to support this year’s Pink Dot event, reported Todayonline on June 16, 2017.

However, their application was rejected by the authorities. A Ministry of Home Affairs (MHA) spokesperson reiterated the Government’s position, in response to queries by Todayonline. He noted that “foreign entities should not fund, support, or influence events that relate to domestic issues, especially political issues or controversial social issues with political overtones”.

“The Government has also made clear that it does not seek to proscribe such events,” said the spokesperson. 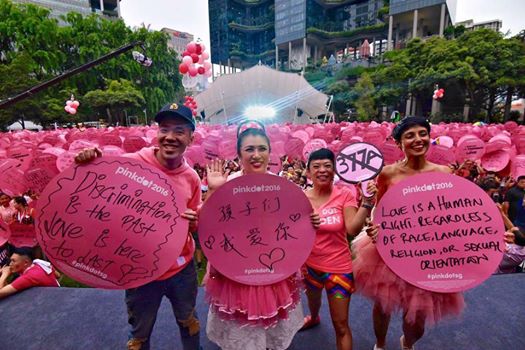 The ten foreign companies had wrote a letter - dated June 9 - listing three conditions under which they would participate in the event. Firstly, they would not be individually listed or recognised as official sponsors. Their names and logos would also not appear on official event collaterals. Lastly, there would be no foreign representatives from the companies speaking at the event.

They had hoped that these conditions would help dispel the perception, if any, that Pink Dot event is a product of foreign intervention.

In the letter, the foreign companies acknowledged the Government’s stance on the issue. “We have always maintained that, notwithstanding that some of us have sponsored Pink Dot in previous years, Pink Dot is a locally organised event,” it read.

The companies added that support for Pink Dot is “consistent” with their global policies on diversity and freedom.