Showcasing the growing prowess of NRIs, Forbes Middle East has honoured 100 Indian businessmen and executives, mainly based in the United Arab Emirates (UAE) for their exceptional success in the Arab world. They have combined net worth of whopping USD26.4 billion.

The coveted list is titled ‘Top 100 Indian leaders in the Arab world’ comprising heads of the region’s top companies and most influential experts. 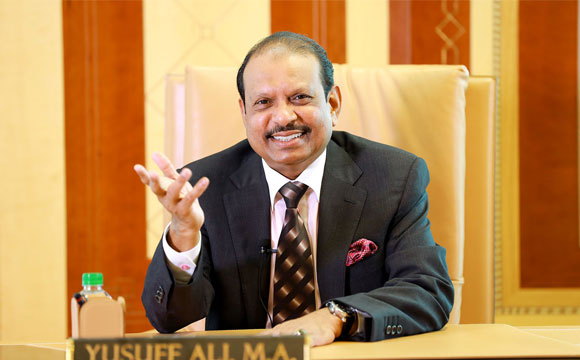 Indians today play a significant role in the GCC as they helm businesses that form a backbone of the regional economies. Billionaires of Indian origin, based in the Gulf, have a collective net worth of USD26.4 billion, according to Forbes’ World’s Billionaires 2018.

Retail magnate Yusuff Ali M A, managing director of LuLu Group International takes the crown as the top Indian business owner in UAE. He is the third richest self-made billionaire in the UAE with net worth of USD5 billion.

In the coveted list, UAE-based businessmen B R Shetty, who holds a net fortune of USD3.6 billion, and Ravi Pillai, with a net worth of USD3.5 billion, are ranked second and third respectively.

The top three businessmen in the list are self-made billionaires with a combined net worth of USD12 billion.

“In order to list the top Indian business leaders, we collected information from questionnaires, annual reports of companies, government and industry body statistics as well as companies,” said Forbes Middle East in a statement while revealing about the methodology used.

Commending Indian leaders for making to the coveted Forbes List, Navdeep Singh Suri, Ambassador of India to the UAE, said, “The Indian community across the UAE holds key positions in all the different aspects of life.”

“The work Indian leaders are doing in the region displays the finest aspects of India and we are privileged to have these leaders being ambassadors to the UAE and bridging the gap between the two countries,” he added.

The Indian community is the most populous expat community in the Gulf.