Five Indians are among the 50 people who were killed in Friday's shooting incidents in two New Zealand mosques, the Indian High Commission in the island nation tweeted today.

The New Zealand police today confirmed that the death count in the horrific shootings has risen to 50 and that the primary suspect, identified as Australia-born Brenton Tarrant, was believed to be the lone gunman in the attack. 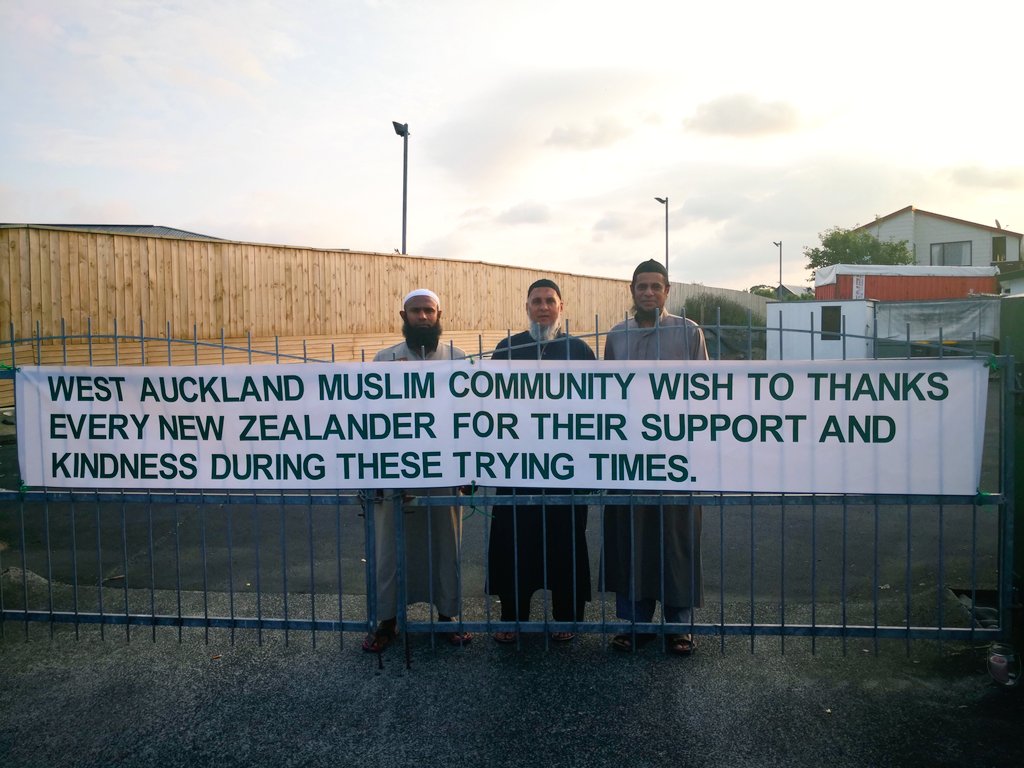 Over 50 victims have been confirmed killed so far in the aftermath of the attack. Photo courtesy: Twitter

The attacker targeted immigrants during Friday prayers as he live-streamed the massacre.

"With a very heavy heart we share the news of loss of precious lives of our 5 nationals in ghastly terror attack in #Christchurch," the tweet read mentioning the names of those who died.

Immigration NZ has set up a dedicated page to expedite visa for family members of Christchurch victimshttps://t.co/Hj9bgfM62h@kohli_sanjiv @BhavDhillonnz @MEAIndia @SushmaSwaraj

Along with information on the Indians who were killed in the attack, the high commission announced that the New Zealand immigration has set up a dedicated webpage to expedite visa for family members of the victims.

The 'India in New Zealand' Twitter account also shared round-the-clock helpline numbers for assistance in the time of grief.

Our helpline numbers (021803899 & 021850033) will remain available round the clock to assist families as we together cope with our shared grief.
We deeply mourn loss of all other innocent lives including people of Indian origin. 2/3

Blood donors reqd: there may be a need for blood donation for #Christchurch victims. If you are A+ or O+ please contact your nearest NZ blood bank branch. Thank you. @kohli_sanjiv @indianweekender @MEAIndia

The High Commission also stated on the microblogging site that they were setting up various initiatives such as a call for blood donors and a helpline and support volunteer group.

The Indian High Commission had yesterday tweeted that it has been pursuing with local authorities the whereabouts of nine Indians, including two persons of Indian origin (PIO) and that they are in regular touch with their families.

We have been pursuing with NZ auth whereabouts of 9 Indians, incl 2 PIOs. 2 indians receiving treatment. Following up with NZ Govt for others. Also r in regular touch with their families @MEAIndia @SushmaSwaraj @IndianDiplomacy @DDNewsLive @PTI_News @sidhant @kohli_sanjiv

Hours later, Kerala Chief Minister Pinarayi Vijayan confirmed that a 25-year-old woman from Kerala, Ancy Ali, was among the victims of the Christchurch terror attack.

"Deeply shocked to learn that a Keralite is among the victims of Christchurch (New Zealand) terror attack. We are following up with the embassy through Norka Roots. Our thoughts are with the affected family," Kerala Chief Minister Pinarayi Vijayan said.

Family members of Farhaj Ahsan, one of the Indian-origin people shot in the New Zealand mosques massacre, have also confirmed to news agency IANS that he died in the attack.

Soon after the attack, Prime Minister Narendra Modi had written to New Zealand PM Jacinda Ardern expressing his solidarity and said, hatred and violence have no place in diverse and democratic societies.

28-year-old Brenton Harrison Tarrant, a suspected white supremacist, had written a "manifesto" before carrying out the attack, denouncing immigrants as "invaders". The manifesto talks about an invasion from India, along with China and Turkey. Tarrant also describes these countries as "potential nation enemies in the East", the local media reported.

About 200,000 Indian and Indian-origin people live in New Zealand. Over 30,000 of them are students, according to the Indian High Commission's data available on its website.