Excitement is building up among Indians in Singapore as the date of the 'Guftagoo' (conversation) with the legendary lyricist, poet and filmmaker Gulzar come closer; May 17. In an in-conversation event, he will be talking about his long engagement with Indian cinema, his songs and ghazals with his long-time associate and theatre veteran Salim Arif in the programme titled ‘Guftagoo with Gulzar’. 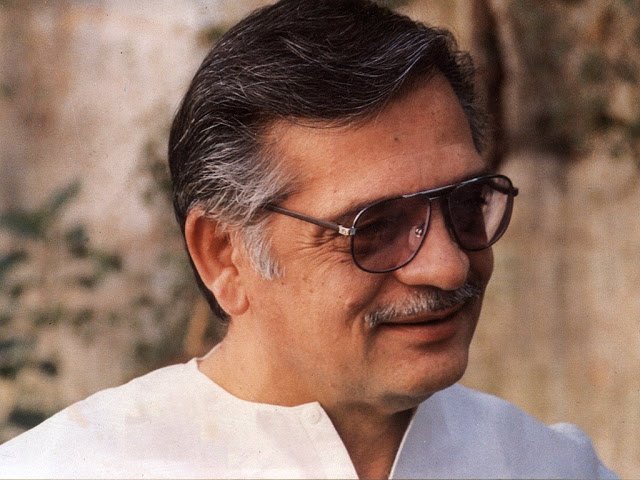 Gulzar rules the heart of millions through his magical words. Photo courtesy: Facebook page of Gulzar

Gulzar, is a poet who has mastered all the emotions in his literary creations. He has managed to rule the heart of millions through his magical words. The speciality of Gulzar is that he always tries to present every emotion with a new meaning, making it more expressive and meaningful.

Non-Resident Indians (NRIs) residing abroad have a persistent longing for India and the songs are the most efficient way to remain connected with their motherland. We are going to present five best lyrical pieces of Gulzar which should be in the playlist of NRIs.

The song Aanewala Pal Janewala Hai from Golmal is a remarkable number which is etched in the memories of lovers of Gulzar’s lyrics. It talks about the importance of each moment of time which is precious. Our life is moving at a fast pace and therefore it is imperative to live each moment of life and enjoy it fully.

The lines - Ek baar waqt se lamha gira kahin, wahan dastaan mili, lamha kahin nahin gives the colossal scale and depth of thought of Gulzar who tries to capture the pulse of the time. He further says Thora sa hansa ke, thora sa rula ke, pal yeh bhi jaane wala hai. There is both happiness and sadness in the moments of life. So, one should live every passing moment with zest.

The song was filmed on Amol Palekar and Bindiya Goswami. The film was a blockbuster and nominated in several categories of the Filmfare awards and Gulzar won the Filmfare Best Lyricist Award for this song, apart from Amol Palekar and Utpal Dutt who won the award for Best Actor and Best Comedian respectively.

The Jai Ho song from the film Slumdog Millionaire became phenomenal in the entire world thanks to the adrenaline pumping song penned by Gulzar. This song finds resonance with the Jai He of the Indian national anthem and gives goosebumps to the listeners. Its music composed by the genius AR Rehman.

Gulzar won an Academy Award for Best Original Song in 2008 and a Grammy Award for Best Song Written for a Motion Picture, Television or Other Visual Media in 2010 for the song. It received universally favourable reviews from the music critics.

The song Tere Bina Zindagi Se Koi Shikwa to Nahin is a literary masterpiece from the pen of Gulzar. The song is from the film Aandhi of 1975 which was also directed and produced by Gulzar himself. The film starred Sanjeev Kumar and Suchitra Sen and was alleged to be based on the life of former PM Indira Gandhi and her relationship with her estranged husband.

The gentle strike of ‘Sitar’ combined with the lilting sound of the flute sets the pace of the song when the protagonist Suchitra Sen meets Sanjeev Kumar after a gap of nine years. The lines Jee mein aata hai tere daman mein sar chupa ke, rote rahein, rote rahein.. (I desire to weep continuously in your lap..) accentuate the agony of their married life.

The song is picturised on the lead couple and Gulzar even got nominated at the Filmfare Awards for Best Lyricist for this song.

Who has not heard the song Lakdi ki Kathi in his childhood? Well, this is the song which brings memories of childhood right in front of our eyes. This song was also penned by the versatile genius Gulzar. One is baffled by the magnificent range of songs written by him. It is amazing that one who is known for writing deep philosophical and meaningful songs can also write for children.

This song was from the film Masoom, which incidentally was the directorial debut of famous filmmaker Shekhar Kapur in 1983. Gulzar’s dialogues and lyrics gave the movie a lifeline. He also won the Filmfare Best Lyricist Award for the song Tujhse Naaraz Nahin Zindagi from this film.

This beautiful song from the film Mausam is another example of the literary prowess of Gulzar. The lines Dil dhoondta hai phir wahi fursat ke raat din, baithein rahein tassavar-e-jana liye hue recalls the good old day of the lover when he spends all his time thinking about his love and beloved.

This song features Sharmila Tagore and Sanjeev Kumar and sung superbly by Lata Mangeshkar and Bhupinder.