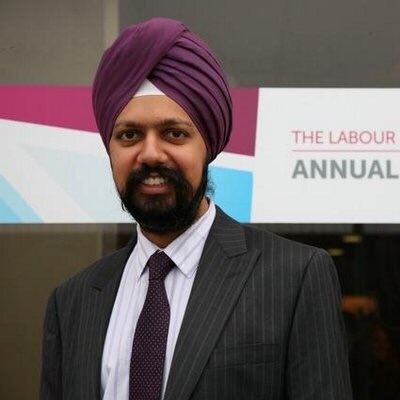 ​Tanmanjeet Singh Dhesi, the first turban-wearing MP in the British parliament, said he planned to be a voice for Sikhs worldwide.

Slough-born Dhesi, whose family hail from Raipur in Jalandhar in Punjab, won the Slough seat at the recent UK election, more than doubling Labour's majority in the constituency.

"Many are relieved to finally see someone in the UK Parliament who looks like them," he said. "There has never been a turban-wearing Sikh MP here, weird as that sounds. It is trailblazing I could feel extra expectations." There were no Sikhs elected in the 2015 UK election.

Dhesi said he would push for an independent inquiry into the Thatcher Government's role in Operation Blue Star and for the right to wear articles of faith to be enshrined in UK law - to prevent a situation like France where turbans are banned in public schools.

"That is a warped interpretation of secularism," he said. "It is important we take the lead in Britain to enshrine those rights, so that others around the world may follow," he said. "I will raise a voice for those Sikhs in Europe or elsewhere who cannot wear their articles of faith."

The 38-year-old said he would be "a strong and articulate voice" for Slough, which is 40 per cent Asian. Speaking at Portcullis House in London, he said, "Indians - while they voted Conservative in 2015 - that definitely was not the case in this election. Labour managed to increase its share of the vote amongst minority communities."

Explaining how Labour performed so well, he said, "When the public got to see more of Jeremy Corbyn and see our ideas, they took to those. He and the manifesto connected directly with people. He was someone who was seen as a conviction politician who has a lot of honesty and integrity."

As for Brexit, he said, "The ship has sailed. I was in favour of remaining. I think a trade deal with India after Brexit is inevitable."

Dhesi studied at UCL, Oxford and Cambridge but lived in Raipur and went to Shivalik Public School in Mohali.

"One of my uncles was elected as village sarpanch (headman). I often went with him as he served his local community during the school holidays. In our family there has always been a strong Sikh work ethic and value of serving the community," he said.

"After winning the Slough seat recently, Dhesi said that he would be a "strong and articulate voice" for his... https://t.co/YCwsq8pbWl