New Jersey Governor-elect Phil Murphy today named Gurbir S Grewal as his nominee to serve as the next Attorney General of the state. 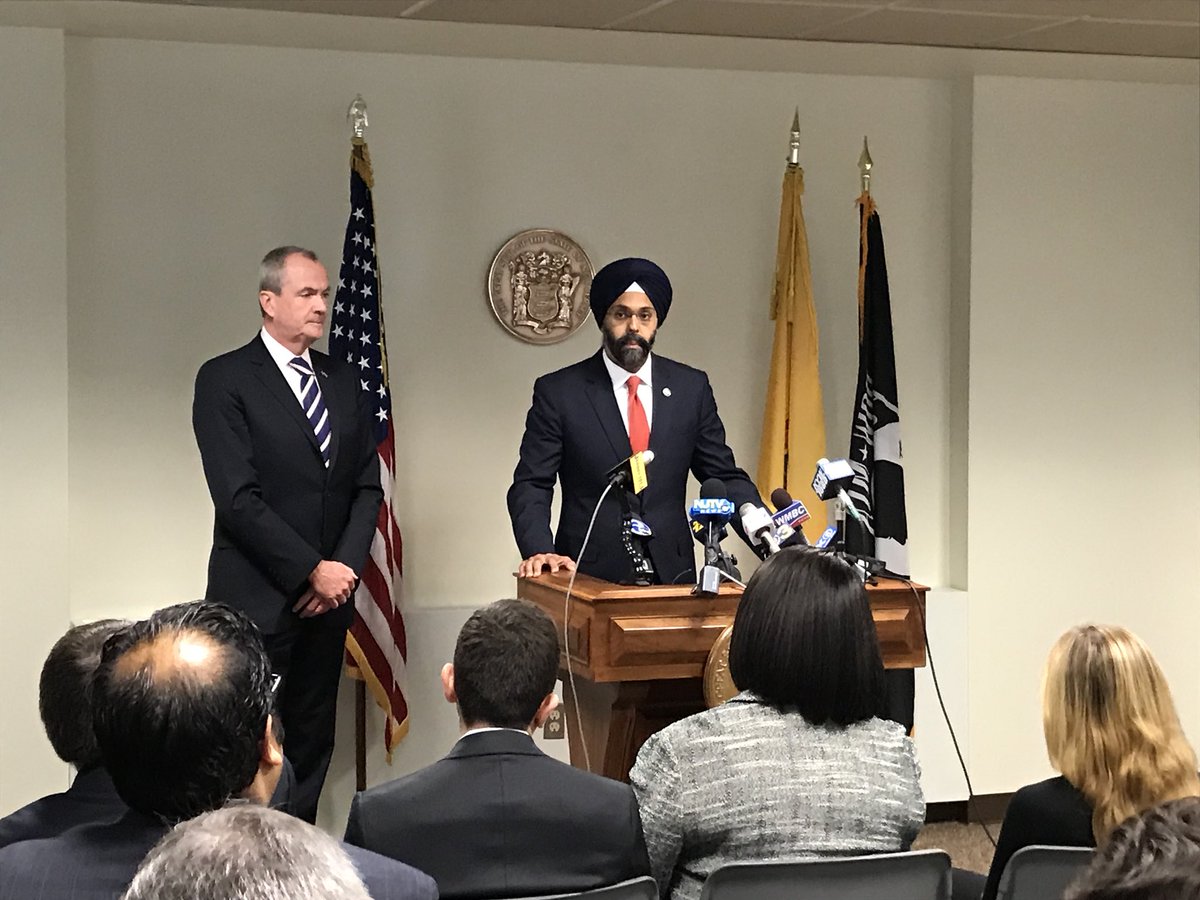 Phil Murphy named Gurbir S Grewal as his nominee to serve as the next Attorney General of the state. Photo courtesy: Twitter@PhilMurphyNJ

With this nomination, Grewal will become the first Sikh-American state Attorney General in the country. The move has been welcomed by the South Asian Bar Association (SABA).

Grewal, who has spent most of his legal career in public service, is currently the Bergen County prosecutor. Working for most populous county in New Jersey, Grewal serves a community of almost one million with his staff of 265.

He previously served as an Assistant US Attorney in both New York (2004-2007) and New Jersey (2010-2016). He ended his tenure there as Chief of the Economic Crimes Unit where he was lead prosecutor for the largest known data breach prosecution.

Grewal obtained his law degree from the College of William & Mary, Marshall-Wythe School of Law in 1999.

"The decision to appoint a visible minority as the chief law enforcement officer for New Jersey reflects the diversity of the state and of the US, and is especially important in a time where minorities and immigrants have often felt targeted by law enforcement," said SABA president Rishi Bagga.

"We really applaud his accomplishments and are extremely proud to see him be chosen for this honor," said SABA New Jersey president Bhaveen Jani.

Grewal is a past president of SABA New York and a member of the New Jersey Asian Pacific American lawyers Association.