The first Health Working Group meeting under India's G20 presidency will be held in Thiruvananthapuram during January 18-20, the Union Health Ministry said.

Tracking health emergencies, preparedness and response, strengthening cooperation in the pharmaceutical sector, and digital health innovation and solutions are the three priorities under health for India in its G20 presidency, the ministry said. 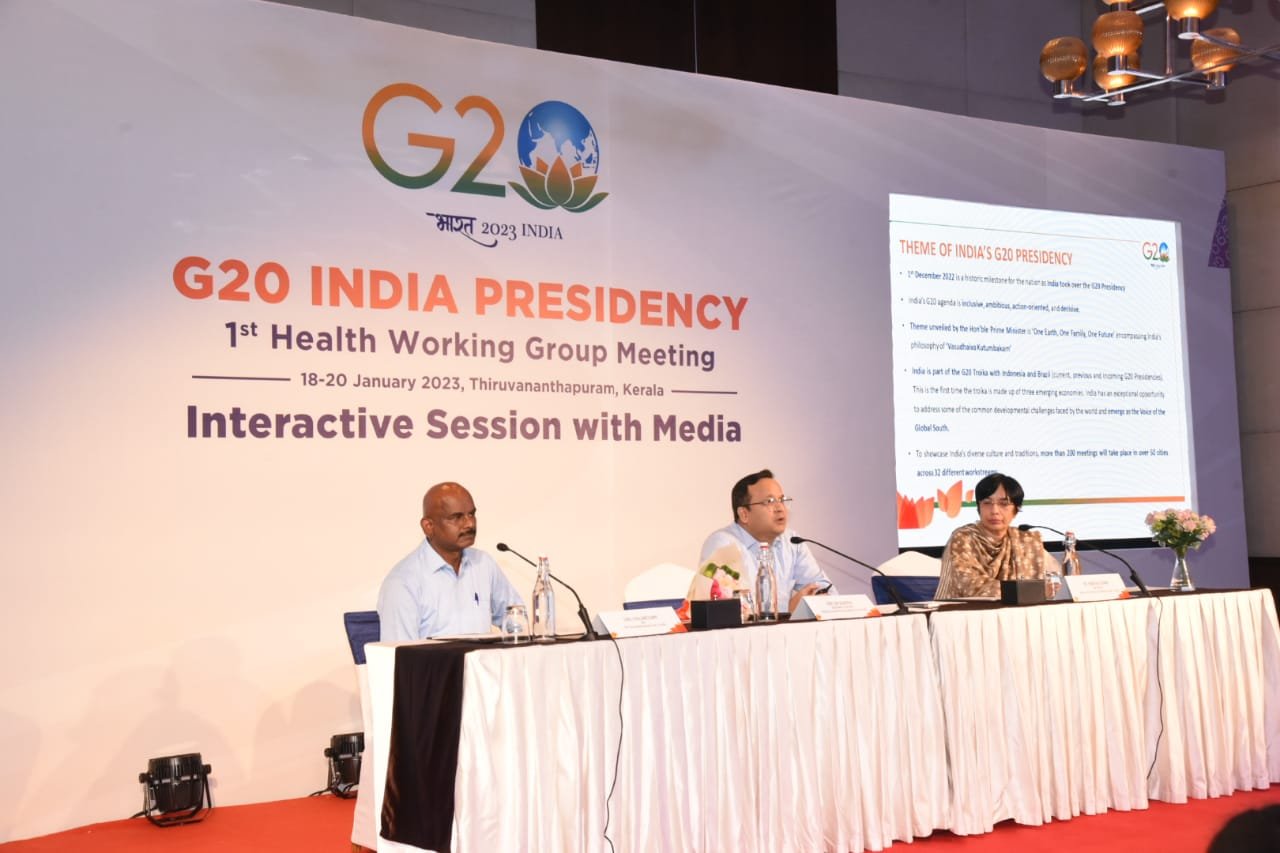 Health emergencies prevention, and preparedness and response with a focus on One Health and antibiotic resistance is top on the agenda, and India will aim to play a major role in converging discussions in multiple forums for global health architecture and act as an enabler to reduce fragmentation and duplication, it said.

Another major focus would be on strengthening cooperation in the pharmaceutical sector for availability and access to safe, effective, quality and affordable medical countermeasures, the ministry stated.

India also aims to achieve convergence in discussions and work towards integrated action, the ministry added.

As chair of the G20 Presidency, India aims to continue and consolidate health priorities and key takeaways from previous presidencies while highlighting critical areas that require strengthening, it said in the statement.

India assumed presidency of the G20 on December 1, 2022. It is currently part of the G20 Troika, which also includes Indonesia and Brazil.

The theme unveiled by the Prime Minister: 'One Earth, One Family, One Future' enunciates India's philosophy of 'Vasudhaiva Kutumbakam'. It is a clarion call to the world to collectively work towards building a healthier post-pandemic world, the health ministry said.

The meetings will be held across the country, including Thiruvananthapuram, Goa, Hyderabad and Gandhinagar, highlighting the prime minister's call to action to showcase India's rich and diverse cultures, the statement said.

India plans to host a side event along with each HWG meeting to enrich, supplement and support G20 discussions. These include side events on medical value travel and digital health; a workshop on collaborative research on drugs, diagnostics and vaccines; and a co-branded event on global centre for traditional medicine.

The side event on medical value travel will be held on the sidelines of the first meeting of the HWG at Thiruvananthapuram.