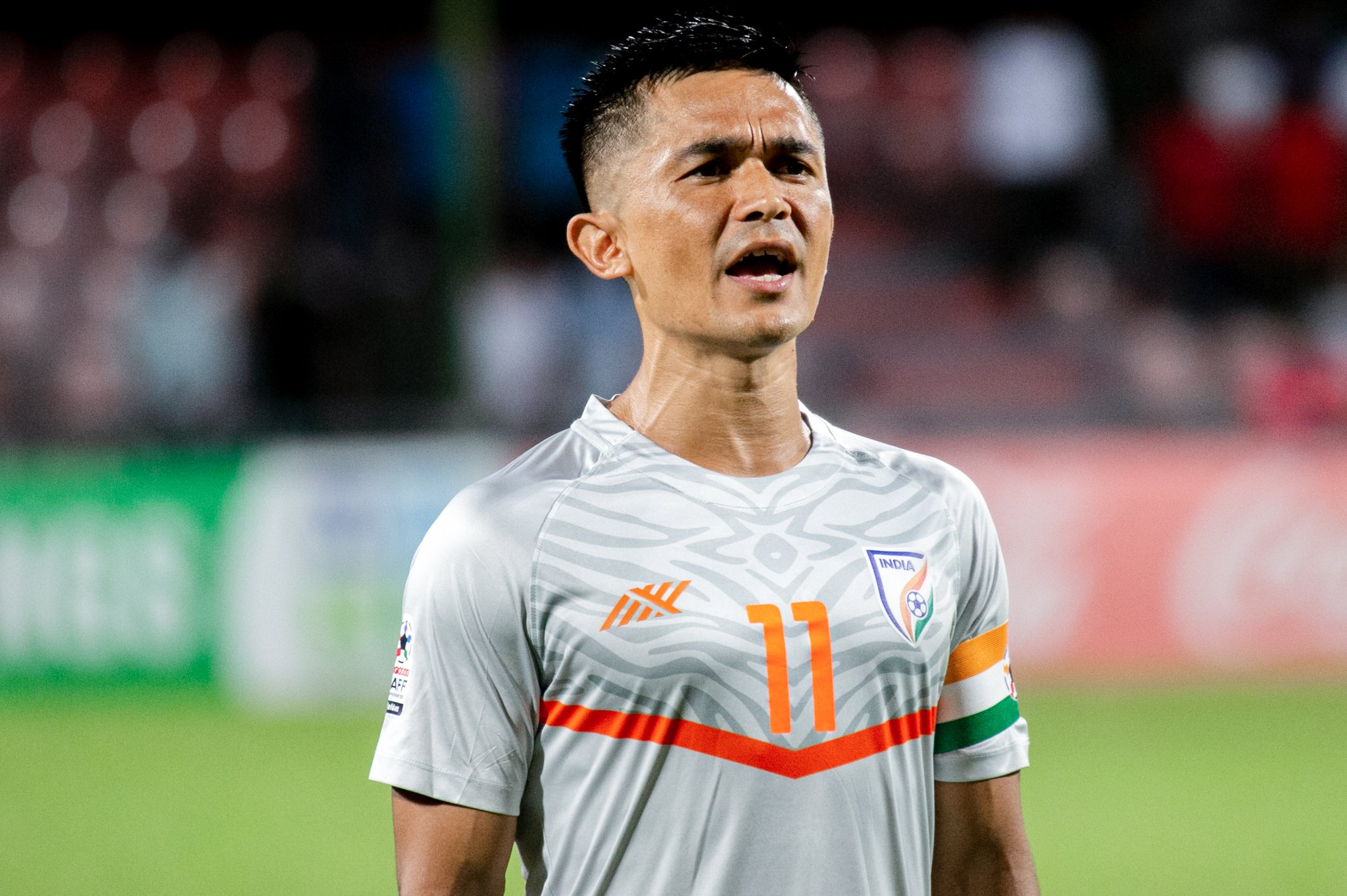 Chhetri only stands behind legends Cristiano Ronaldo and Lionel Messi in the scoring charts amongst active footballers. Photo courtesy: Twitter/@chetrisunil11

The three-episode series, titled Captain Fantastic, is streaming on FIFA+, the official streaming platform recently launched by the governing body.

"Since I can remember, I was always interested in kicking the ball. Since I was a kid, football was there in my life," Chhetri says in the opening minutes of the documentary.

The official Twitter account of FIFA World Cup tweeted about the docuseries and wrote, “You know all about Ronaldo and Messi, now get the definitive story of the third highest scoring active men’s international. Captain Fantastic is available on FIFA+ now.”

FIFA has also shared a poster of the docuseries which shows Sunil Chhetri standing on a podium alongside Cristiano Ronaldo and Lionel Messi.

You know all about Ronaldo and Messi, now get the definitive story of the third highest scoring active men's international.

The series explores Sunil Chhetri’s life from a young age, how he developed an interest in football and traces his journey through the junior level up to the pinnacle. It includes interviews with his family and friends and Sunil Chhetri himself.

Chhetri, 38, made his debut for the Indian football team in 2005 and has since scored 84 goals for the national team. He is the highest-scorer for the Indian men’s football team and the sixth highest goal-scorer of all time in men’s international football. He only stands behind legends Cristiano Ronaldo and Lionel Messi in the scoring charts amongst active footballers as well.

"The likes of Cristiano Ronaldo and Messi might be playing in a world cup for the last time. It's a great opportunity for all of us to enjoy their performances on the big stage," he said.

In reply to Prime Minister’s congratulatory message, Sunil Chhetri expressed his gratitude towards him and said that it has been a matter of pride to represent the nation.

“Thank you so much, Honourable Prime Minister Sir. It has always been an honour, and a matter of pride to represent our country,” he wrote.

Last year, Chhetri became the first Indian footballer to win the Major Dhyan Chand Khel Ratna Award. Apart from this, he is also a recipient of the Padma Shri and the Arjuna Award. 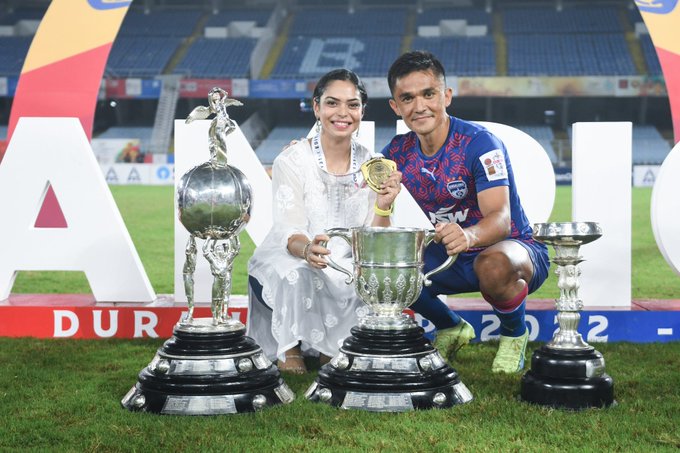 FIFA has named the three episodes in footballing terms. The first one is named 'Kick Off' and has unheard anecdotes, memoirs and the early age romance of Sunil with his future wife. The episode explores his early encounter in footballing days and his journey from a Delhi youngster to scoring on his national debut against Pakistan.

The second episode, 'Mid-Game', shows Chhetri making a name for himself on the national circuit and dreaming of playing at the top level in Europe. The episode depicts the ups and downs when Sunil lands in a new country.

The third episode named 'Extra Time' shows how Chhetri has now become a national icon and features Chhetri at the top of his game, winning trophies and breaking records.

"The series traces Sunil Chhetri’s genesis both as a human being and as a footballer," FIFA said.