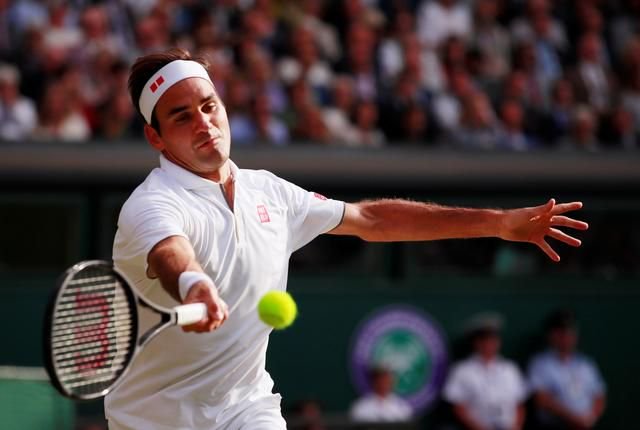 Can’t believe that I haven’t seen it yet! Is it time? https://t.co/ZQ5Cz0FYmC

Many Indian fans recommended cult classics, but Federer also got introduced to a lot of Arbaaz Khan's film titles. Khan has been frequently called a doppelganger of the tennis star.

From Khan's debut film 'Daraar', to 'Hello Brother' to 'Soch'- fans replied to Federer's tweet with the film posters.

A fan gave him a complete list of a few Bollywood cults including `Tare Zameen Par,` `Dangal,` Oscar-nominated `Lagaan,` `Mother India` and `Salaam Bombay` to watch. Others suggested he check out `Gully Boy` which was recently selected as India`s official entry for Oscar Awards. Most of the player`s fans and followers recommended him popular sports dramas like `Chak De! India`, `Dangal,` `Bhaag Milkha Bhaag,` `Lagaan` and `Sultan`.

Federer was busy on the microblogging website, replying to people's tweets and GIFs of his favourite movies, including 'Inception', 'Good Will Hunting' and 'The Shawshank Redemption'.

Great movie, watched it 3 times to get it 😂 https://t.co/TdD6o2vfUo

One of my favorites https://t.co/tI8P0hqfGL