Trials for operation readiness at Singapore Changi Airport Terminal 4 (T4) will be entering their next phase in the coming months.

Passengers on selected flights by participating airlines will be able to make use of the suite of Fast and Seamless Travel (FAST) options. These include self-service check-in, bag-drop and immigration gate.

Airlines scheduled to be operating at T4 will be particpating in these trials, which will involve selected commercial flights by the participating airlines, according to a press statement by Changi Airport Group (CAG) on June 21, 2017. 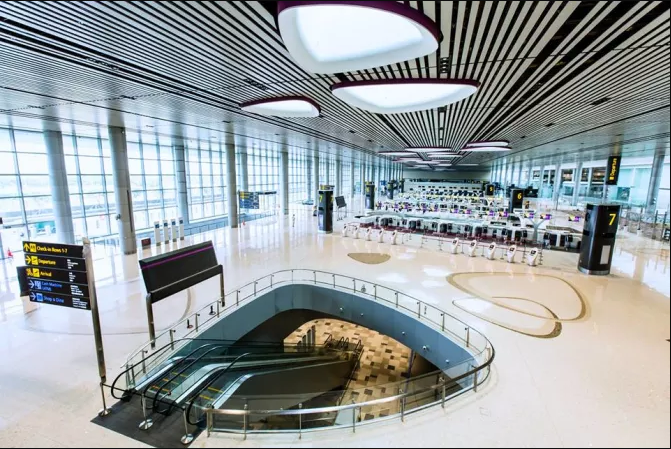 Tests of airport systems and passenger facilitation to be carried out with flight trials. Photo courtesy: CAG

​Since February this year, two airlines moving to T4, Cathay Pacific and AirAsia, have been providing FAST options to their passengers at Terminal 1, where they currently operate.

The response has been positive, with more than half of the airlines’ passengers choosing the FAST option in the past three months. 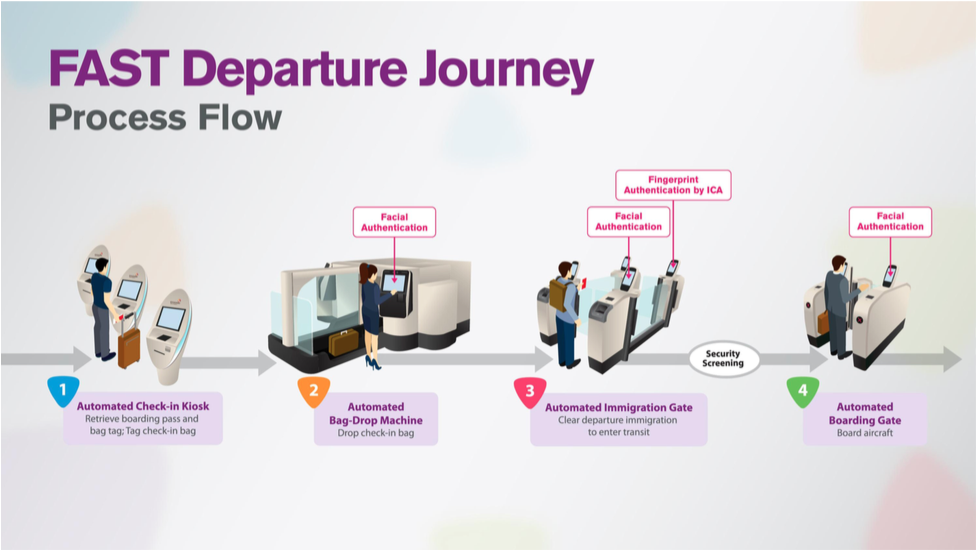 Depending on the airline, passengers enter their booking reference or scan their passport at the check-in kiosk to retrieve the flight booking. They can also select seat (where available), print boarding pass and bag tag(s). They then tag their luggage to be checked in. 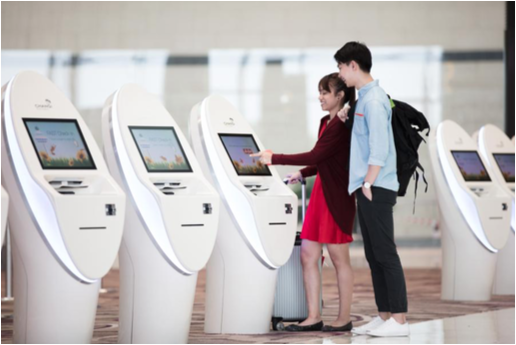 At the automated bag-drop machine, a photo of the passenger is captured and matched against the photo in the passport before the luggage is accepted and inducted into the baggage handling system.

The Automated Immigration Gates (AIG) at T4 will use a dual facial and thumbprint biometric recognition system. The passenger’s photo is captured and matched against the one in the passport. 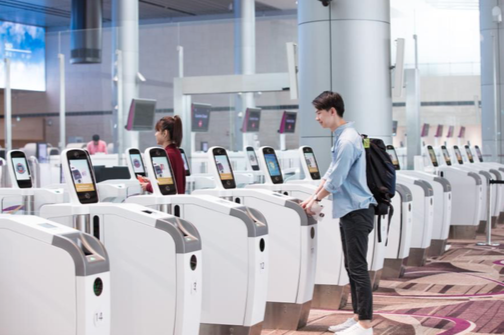 At the boarding gate, passengers only need to scan their boarding pass and authenticate their identity by taking a photo. The facial recognition system matches this photo against the photo taken earlier at the AIG.

The date of commencement of operations at T4 will be determined later, after all the trials show that T4 is ready for operations.

Nine airlines will operate at T4 when it opens – the Air Asia Group (of four airlines), Cathay Pacific, Cebu Pacific, Korean Air, Spring Airlines and Vietnam Airlines. Together, they serve an estimated eight million passengers at Changi Airport each year.

Since the commencement of trials in October last year, CAG has worked with its airport partners to prepare for operations at T4. In recent months, volunteers have played the role of passengers to test airport systems and processes.

Altogether, more than 100 trials have been conducted.