Farmers protests: Tensions running high among Indian diaspora as India, US governments condemn destruction of Gandhi statue in US

The ongoing farmers' protests in India have seen an escalation in the past few days, with international celebrities and Indian diaspora groups taking sides on the issue. Tempers are running high and, apart from the clashes in New Delhi on Republic Day, reports of clashes at protests and destruction of property during rallies were reported across the globe during this week. 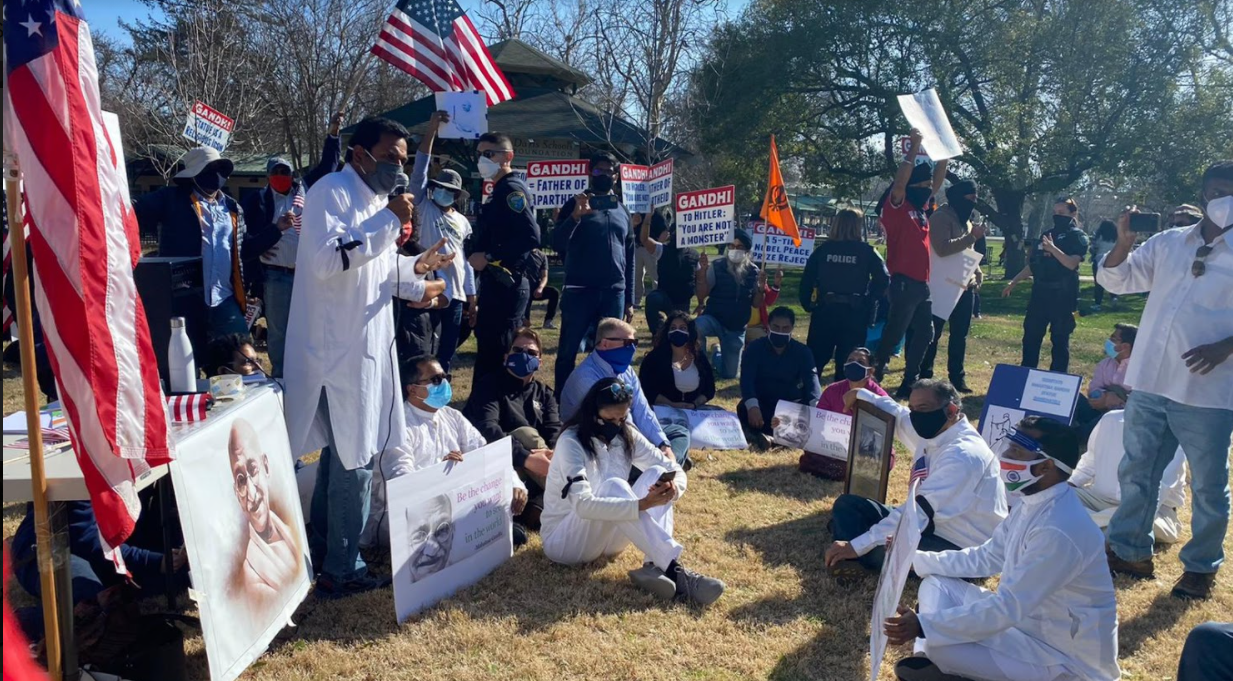 The 6-foot-tall, 950-pound bronze Gandhi’s statue was gifted in 2016 to the City of Davis by the Government of India. The statue has been a target of repeated protests and vandalism since its installation. Photo courtesy: IAS

A statue of Mahatma Gandhi in the US college town of Davis, California was vandalised on January 26 and anti-Gandhi and pro-Khalistani protesters were seen at a rally and vigil held by regional diaspora organisations protesting the vandalism, with some of the rally organisers alleging that they had faced threats for participating in the vigil.

"The Indian-American communities across the region rallied at the City of Davis California in support of reinstating the Gandhi statue at Davis. This car rally and peace vigil was co-hosted by Gandhi Statue for Peace Committee Davis, India Association of Davis (IAD) and Indian Association of Sacramento (IAS)," an official statement said.

The 6-foot-tall, 950-pound bronze Gandhi’s statue was gifted in 2016 to the City of Davis by the Government of India. The statue has been a target of repeated protests and vandalism since its installation.

“Indian-Americans believe that Gandhi stood for peace, love, harmony, and non-violence, inspired millions across the globe including the civil rights leaders MLK Jr, Cesar Chavez, Nelson Mandela, and more, and hence are supporting the reinstatement of Gandhi’s statue at Davis,” Venkat, one of the participants at the vigil, said.

The destruction of the statue in Central Park, Davis drew condemnations from the governments of India and the US and Indian-American Congressman Raja Krishnamoorthi has called for an FBI investigation.

“We certainly would have concern about the desecration of monuments of Gandhi,” White House Press Secretary Jen Psaki told reporters at her daily news conference. 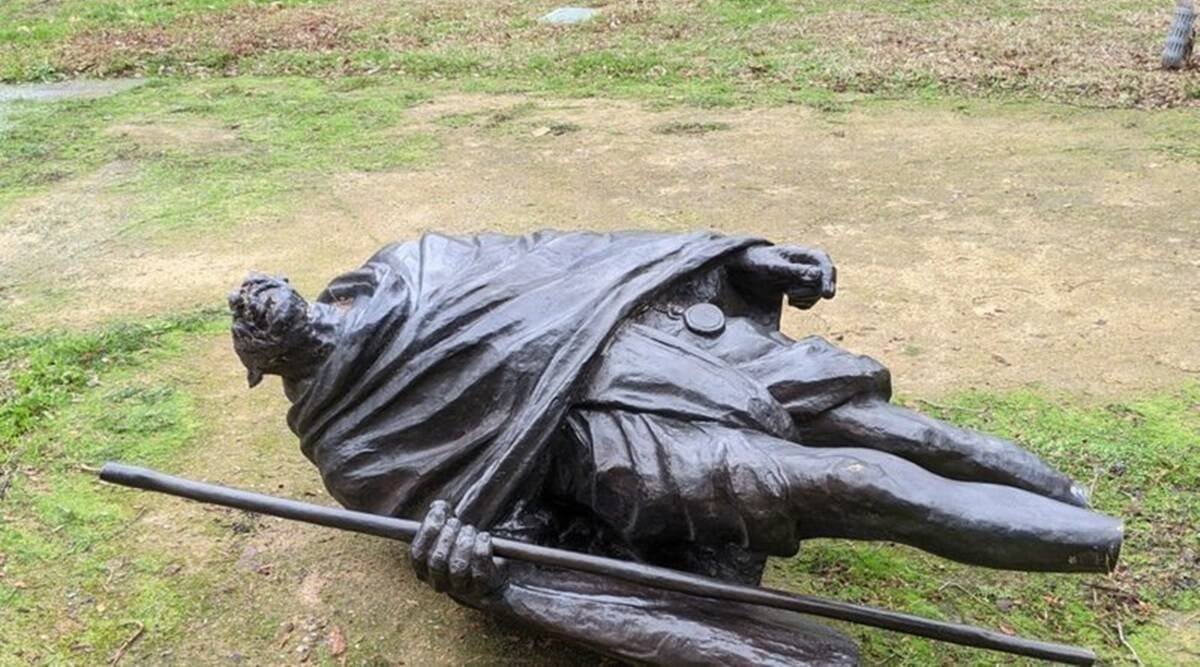 The Davis incident is a representative example of the tensions rising during the ongoing farmer rallies and protests. Photo courtesy: change.org

The Indian Ministry of External Affairs also condemned the vandals and foreign individuals and entities for comments on the ongoing farmer protests in an official statement, stating that "vested interest groups have also tried to mobilise international support against India. Instigated by such fringe elements, Mahatma Gandhi statues have been desecrated in parts of the world".

“I condemn this malicious act in the strongest terms and I call upon the FBI to investigate it as a possible hate crime intended to intimidate Indian-Americans, among others,” Congressman Raja Krishnamoorthi said.

“Nonviolent, respectful protest was the essence of Gandhi’s life mission. To see the desecration of this magnificent statue only underscores the need for more people to study Gandhi’s teachings, not unilaterally erase him from the public discourse. This was a shameful act,” said the congressman from California.

The Davis incident is a representative example of the tensions that have been brought to the fore during the ongoing farmer rallies and protests, with pro-government and anti-government factions both in and outside India taking up the issue.

Recently, a protesters toolkit has been doing the rounds on social media, with teen climate change activist Greta Thunberg among celebrities sharing the document, which lays down a plan to coordinate across social media and during protests in support of the farmers agitation. The New Delhi police has filed a case against the unnamed creators of the toolkit and sources informed the Indian authorities are tracking several Sikh diaspora groups known for making anti-India statements as well.