Faith of the world towards India has been further strengthened in the last few months, says PM Modi in FICCI keynote speech

"The faith of the world towards India in the last six years has been further strengthened in the last few months. Whether it is FDI or FPI, foreign investors have made record investments in India and are continuously doing so," said Indian Prime Minister Narendra during the keynote address of the Federation of Indian Chambers of Commerce and Industry (FICCI) 93rd Annual General Meeting and Annual Convention. 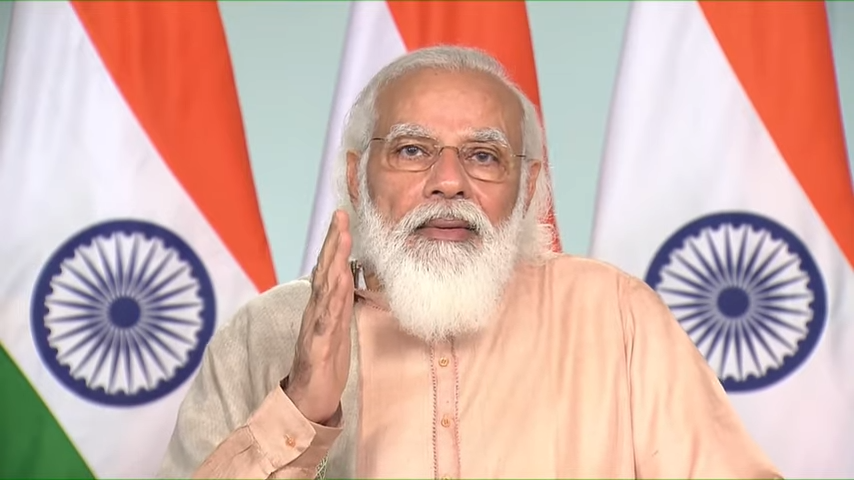 The Prime Minister complimented the industrialists and entrepreneurs for their contribution in the robust rebound from the COVID shock. Photo courtesy: Youtube/Narendra Modi

Speaking via video conferencing, PM Modi said organisations like FICCI should work with a goal to strengthen the local value and supply chain and to expand India’s role in the global supply chain. He also talked about increasing reform measures and the government's passing of the controversial Farm laws that have sparked massive protests both inside and outside the country.

"The recent agriculture reforms are part of this reform series. We have seen such walls in the agriculture sector and allied sectors like agriculture infrastructure, food processing, storage or cold chains. Now these walls are being dismantled and all obstacles removed," the PM said.

The Prime Minister complimented the industrialists and entrepreneurs for their contribution in the robust rebound from the COVID shock. He said that the country prioritised the lives of the citizens during the pandemic and that yielded good results.

"The circumstances improved with the same speed as they deteriorated initially. The world is surprised at the way India has worked collectively in the last few months, made policies and decisions and brought the situation under control," he said.

Recalling FICCI’s role in the freedom struggle and their upcoming centenary in not so distant future, the Prime Minister asked to expand their role in nation-building.

"FICCI has also played a major role in the country's march towards growth since the freedom movement. Even 100 years of FICCI are not too far away. At this important stage, you have to further expand and broaden your role of nation-building," PM Modi stated.