In view of the upcoming Lunar New Year holidays, traffic flow through the land checkpoints at Woodlands and Tuas is expected to build up from Friday, January 25 to Wednesday, February 6.

Immigration and Checkpoints Authority said in an advisory that traffic is expected to be particularly heavy from next Thursday, 31 January onwards.

Travellers using the land checkpoints during this period can expect delays and are advised to adjust their travel plans where necessary. “Traffic build-up is inevitable due to security checks, especially when large number of travellers use the checkpoints at the same time,” ICA explained. 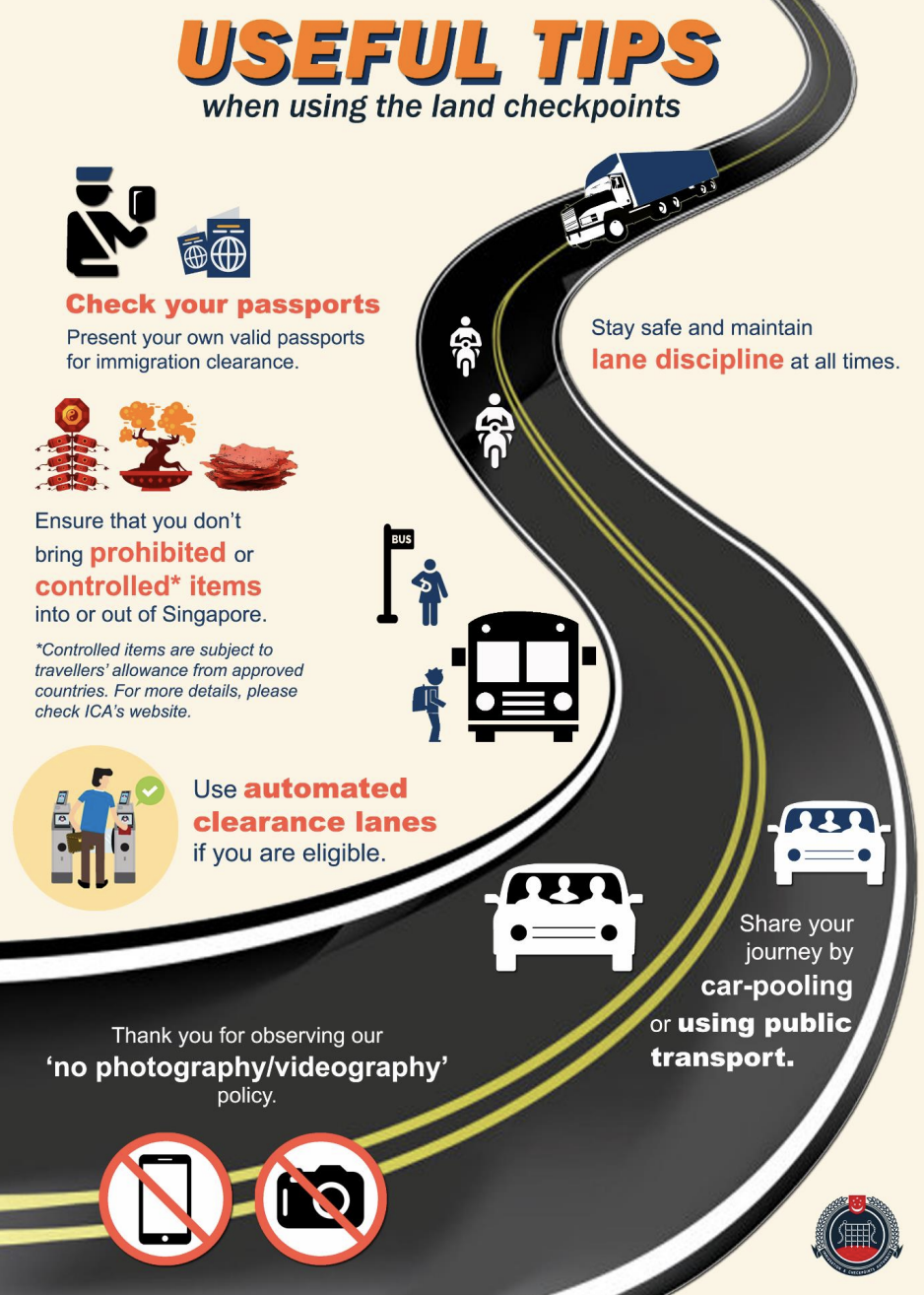