Expect FTA talks between India, US to go well: Goyal

Following US President Donald Trump's flying visit, Indian Commerce Minister Piyush Goyal agreed that India and the United States needed to move to a new level of engagement, with a lot more two-way play in strengthening defence and energy cooperation. 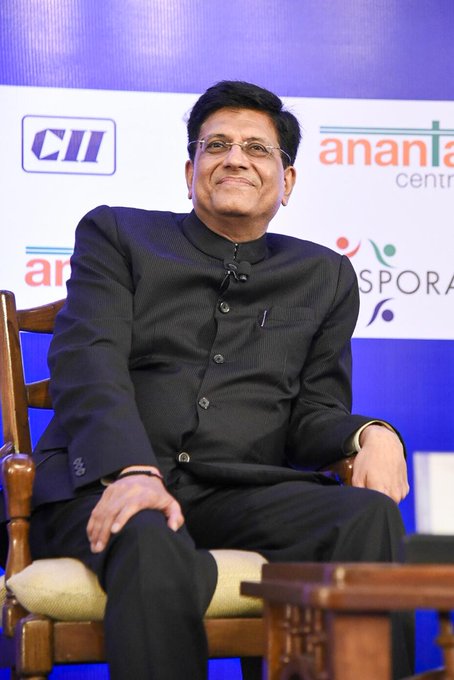 Goyal further said that Trump's recent India visit would take the ties between the two countries to a new level. Photo courtesy: Twitter/@PiyushGoyal

Speaking at the 'US-India Forum: Partners for Growth', Goyal said that India would offer something that the US couldn't refuse as they formally begin negotiations over free trade agreements (FTA) after proper stakeholder consultation.

Goyal further said that Trump's recent India visit would take the ties between the two countries to a new level. Terming the reception that Donald Trump received in India a phenomenal event, the Minister said that the welcome accorded to the Trump showed the people-to-people relationship and the value that this relationship had amongst the people of two countries.

"It certainly demonstrates that both nations recognise the power that resides in each other. It speaks about the growing strategic ties of the two countries in the field of defence, counterterrorism, energy, trade, etc., and so many different aspects. I think India and USA are natural allies and this visit will take us to that next level of engagement," Goyal said, while addressing the US-India Forum.