Court orders from the UAE can now be executed through Indian courts. This comes after a missing element was added to a 1999 agreement between the UAE and India related to cooperation in civil and commercial matters.

The move means that India and the UAE are now ‘reciprocating territories’. This will now help in the enforcement of civil and commercial court verdicts in financial cases such as loan defaults, bounced cheques as well as verdicts in divorce cases even if those convicted have fled from the UAE to India.

What is a ‘reciprocating territory’?

If a country is in the list of ‘reciprocating territories’ with India, the procedure for executing a court verdict from that country in India would be very short, as no new suit would need to be filed. 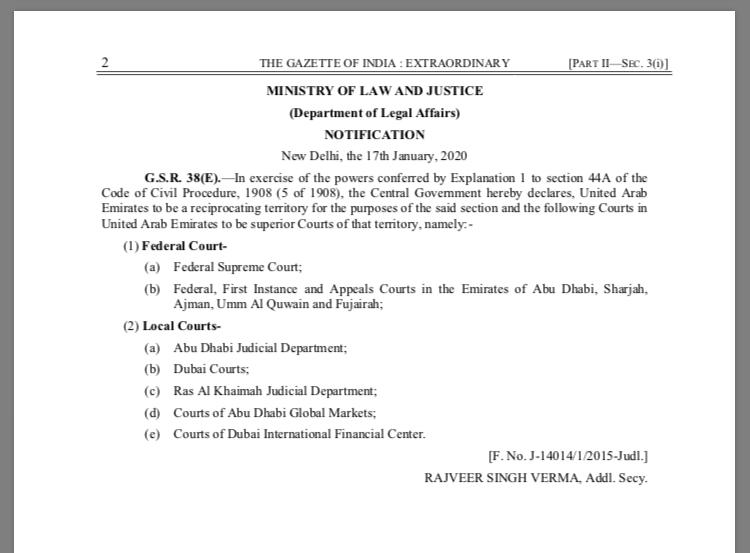 India and the UAE are now ‘reciprocating territories’ and this move is expected to strengthen the bilateral judicial relationship between India and the UAE. Photo Courtesy: Twitter

The country can approach the district courts in India directly, seeking execution of their country’s court orders, after following due process and attesting all relevant documents.

The 1999 treaty defining the UAE as ‘reciprocating territory’ came into effect when it was published in the UAE’s Federal Gazette in 2000. However, the treaty could not be fully implemented without India’s notification in its Official Gazette.

What the gazette notification says

The gazette notification published by the Indian Ministry of Law and Justice on January 18, 2020 identifies the UAE as a ‘reciprocating territory’ and facilitates the execution of UAE civil court orders through the district courts of India.

“In exercise of the powers conferred by Explanation 1 to section 44A of the Code of Civil Procedure, 1908 (5 of 1908), the Central Government hereby declares the United Arab Emirates to be a reciprocating territory for the purposes of the said section and the following Courts in the United Arab Emirates to be superior Courts of that territory,” the notification reads. 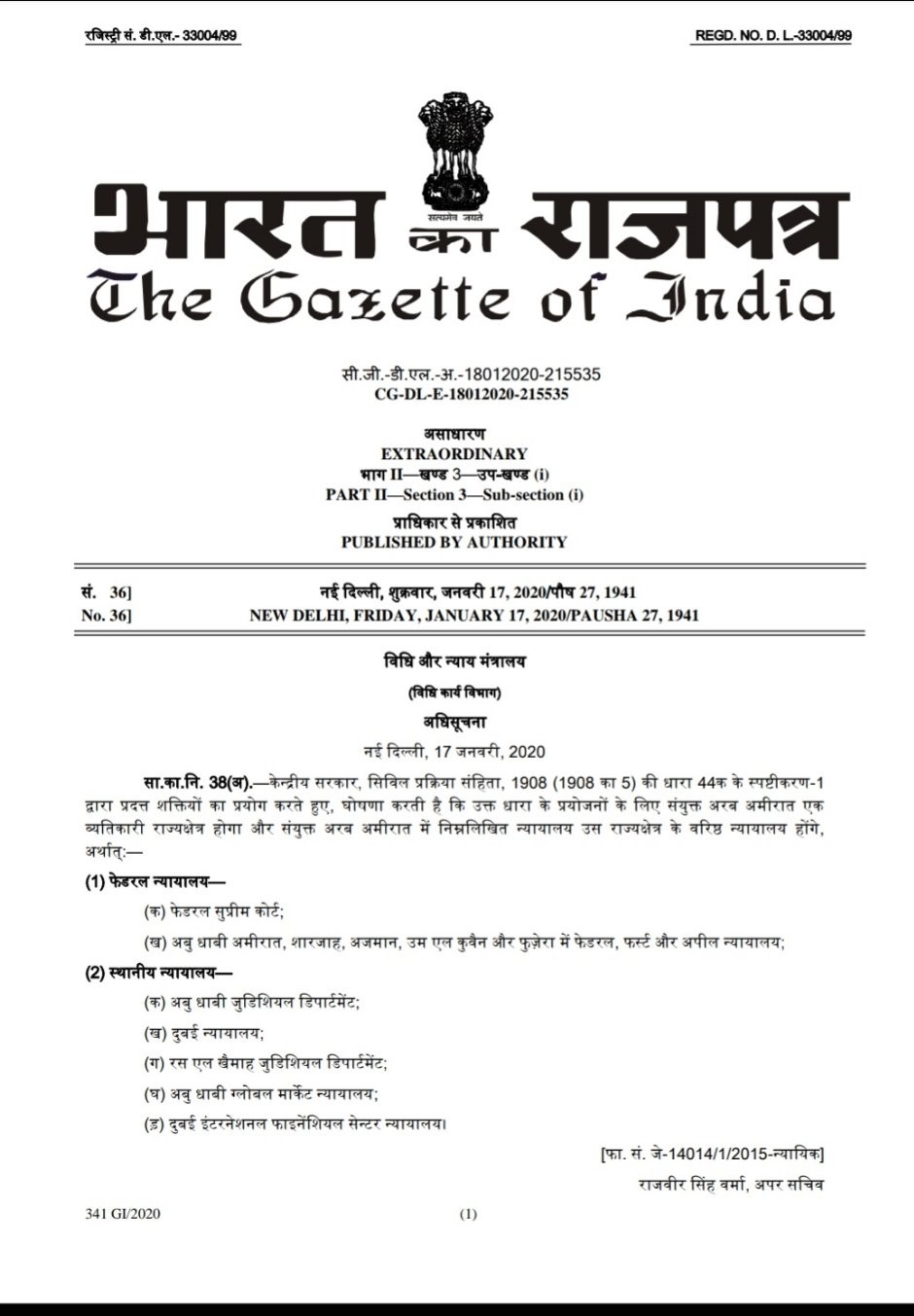 The gazette notification dated January 17, 2020 and published by the Indian Ministry of Law and Justice on January 18, 2020. Photo Courtesy: Twitter

It also lists the federal and local courts in various emirates in the UAE that have been identified as recognised superior courts.

List of UAE courts whose verdicts can be executed in India:

The move is expected to strengthen the bilateral judicial relationship between India and the UAE.

This is likely to be a major game-changer, especially in financial cases, where those taking huge loans from banks or individuals in the UAE flee to India after defaulting on the repayment. Recovery can now be made without filing new cases, which translates into saving both time and money.