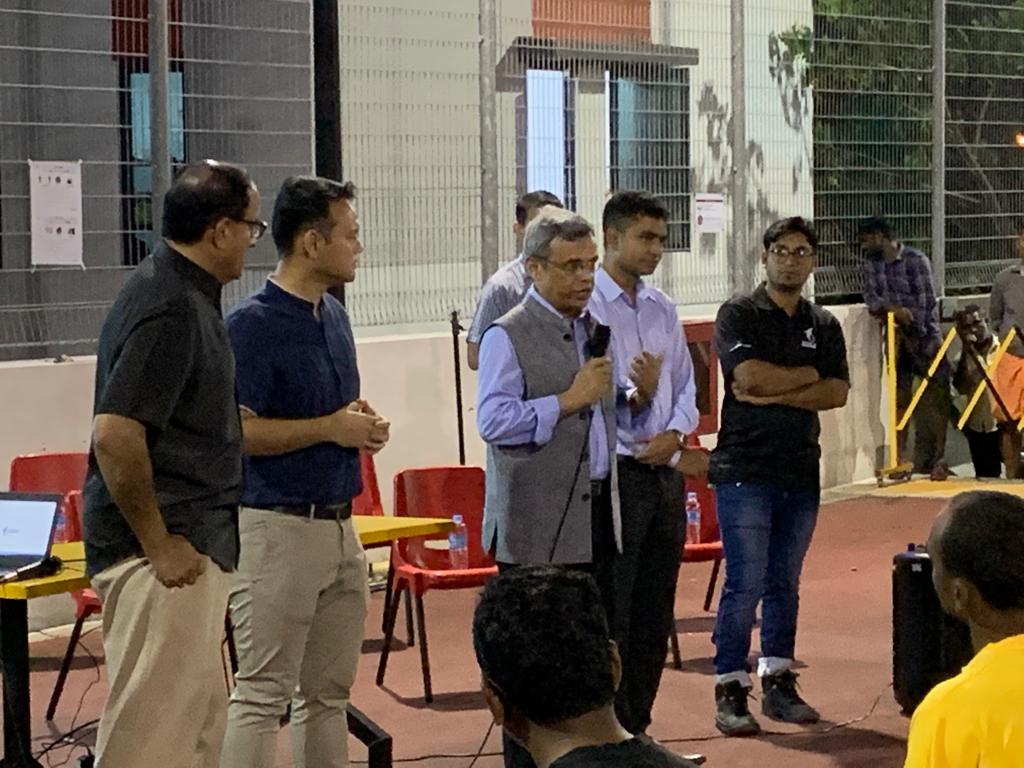 Borders shut. Flights grounded. Movement impossible. COVID-19 has wreaked havoc across the globe and especially for those trapped in foreign countries - whether they be migrant workers, temporary residents or tourists. Among this group are large numbers of Indians who are stuck in various corners of the globe, trying to return home amidst trying conditions brought on by the coronavirus pandemic.

Singapore is no different. The nation too is dealing with large sections Indian citizens, tourists and migrant workers,   who are keen to get home but cannot. In these troubled times, the Indian High Commission in Singapore, under the leadership of HE Jawed Ashraf, has come to the rescue.

In an exclusive interview with Connected to India, High Commissioner Jawed Ashraf discusses how the consulate has taken the lead in ensuring that Indians in Singapore get all the help they need.

The Indian High Commission in Singapore has been proactive from the moment the virus led to the lockdown in India thereby trapping Indian citizens in Singapore.

“Right at the start of the lockdown in India and the imposition of the circuit breaker over here, we had opened a web page on our website for people to register themselves. Those who want to go back to India or need any other kind of assistance,” HE Jawed Ashraf told Connected to India in an exclusive interview.

The High Commission’s quick thinking meant that they have a fairly accurate idea of exactly how many people they need to account for and the kind of logistical requirements that will arise when repatriation efforts do begin.

Indian nationals stranded in Singapore due to travel ban and lockdown in India, please do register at the link below. We are in touch with Singapore Gov for extension and also exploring other arrangements. https://t.co/v29rgYfXxu

The High Commission currently has approximately 3,000 Indians registered on their portal, according to HE Ashraf. 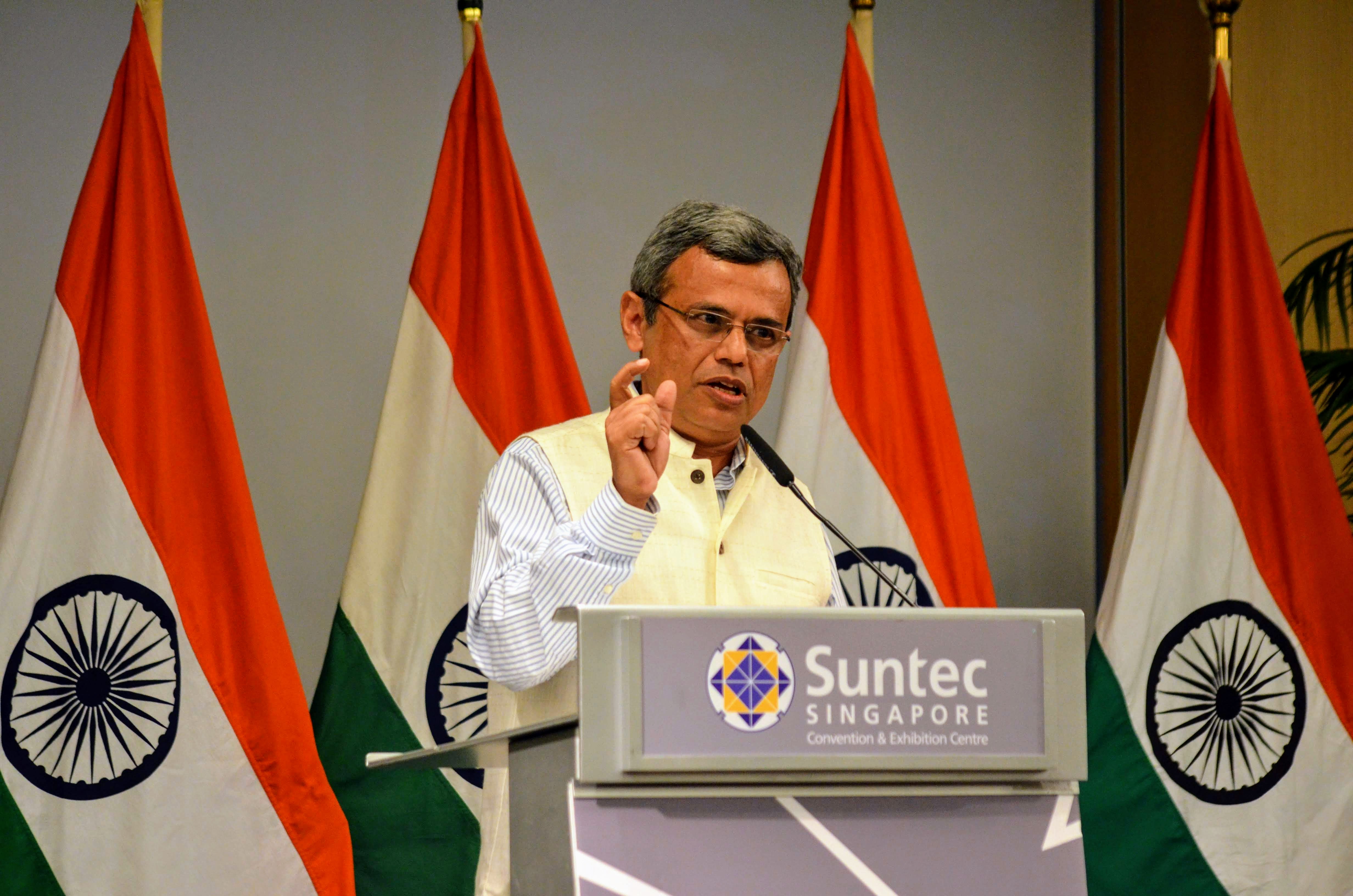 “These are people who were over here on short-term visits for any reason - it could be business or people coming to visit relatives or family... We have students in large numbers, either who have finished their courses or have to do it online or are unable to sustain themselves here. We even have 55 priests who were here at a temple for a puja and a ceremony and they are stuck here. We've got people who were on long-term passes who are stuck here,” said the High Commissioner.

“In addition to these, we anticipate that there would be about five to six hundred workers who live in dormitories or were here on work permits and want to go back. There will also be others who for example have had bereavements in their family - they are permanent residents here or are on long-term employment passes and have had a bereavement in the family and they'd like to visit at the first opportunity,” he added.

The Indian government has not yet started any repatriation efforts, with the Indian borders still firmly sealed. However, with lockdown 2.0 in India set to end on May 3, Indians stuck abroad are hoping for some easing of restrictions which will allow them to return home.

However, the repatriation effort will not be easy, warned HE Ashraf.

“It's going to be an exercise at a global level,” he told Connected to India. “When we talk about repatriation, it would mean hundreds of thousands of workers who are either laid off or because of stoppage of work want to return home. There are students in an extraordinarily large number across the world. We've got Indians who were traveling for social visits, for tourism, for business who are stranded outside. There are professionals who would have lost their jobs and would want to return to India. So the numbers are going to be quite large.”

“It would involve a major exercise in terms of flights or use of ships as the case may be to bring them back. Then of course we have the issue today of the risks associated with travel in such large numbers… those who might be healthy also might run the risk of contracting the virus,” he added.

The repatriation of Indians doesn’t end at the just the logistics of travel. Testing in large numbers of these citizens, whether at the point of departure or arrival, making available quarantine facilities upon their return and making arrangements for the returnees to get to their respective states in India are all big factors to consider, said the High Commissioner.

The High Commission’s registration portal has at least meant that the consulate is well-prepared to meet the logistical challenges that loom when the repatriation effort begins. It has also enabled stranded Indian citizens to reach out for consular assistance in an organised and easy manner.

“It (the portal) was both with the intention of assessing the numbers that would need repatriation and the destinations to which they would be headed and also to be able to provide assistance to people over here who are stranded,” HE Ashraf told Connected to India.

The Indian consulate has been providing assistance in various forms including, full or subsidized accommodation, food, basic medical facilities etc.

“We've referred them to our doctors on our panel and they've been prescribing medicines etc. for them because especially when you're a tourist, it is very hard to get doctors here to prescribe anything,” said the High Commissioner. “In many cases we've got medicines from India because there were specific medicines that they were used to or accustomed to.”

Striving to provide all assistance possible, arranged supply of medicines, including from India, to Indian families stranded in Singapore.#COVID19 pic.twitter.com/b697cOvaxD

It is not just tourists who the High Commission is helping. Stranded Indian students have also been reaching out for assistance.

“We've provided catered food from Indian restaurants over here… We’ve also had support initially from some of the places of worship like gurudwaras, temples, mosques, for those who were living around Little India in particular,” HE Ashraf said. “Because the numbers are larger and they're far more diversified, we're working with some restaurants to either have a system of take away or to deliver food.”

“Then there are groups of students and others who were staying together. They were more interested in dry rations because they cook together. So we have made arrangements for a number of students in groups who wanted dry rations delivered to them as well,” he added.

It is not only with food that the High Commission is helping stranded Indian students. The consulate has also put in place mechanisms to help students deal with the mental aspect of being stuck in a foreign country.

“We've appointed counsellors because there are a lot of students, particularly young ones, who feel depressed, isolated, separated from home,” HE Ashraf told Connected to India. “We also speak to them and all of us either personally write replies to emails or social media posts.”

The High Commission has also been at the forefront of making funeral arrangements, where needed.

“We've also had to arrange for funerals over here because bodies couldn't be taken back. So last rites, a couple of burials for Muslims and I think four cremations so far; and we are working on a couple of other (cases) to see if their bodies can be transported back to India as their families are very keen to do that,” said the High Commissioner.

There are different tragic facets to COVID. Four Indians who died here from other causes couldn’t be taken to India for last rites. Helped with three cremations and a burial in the last few days. Thank the families for understanding and Singapore Gov for permission. pic.twitter.com/9FelqJ9dUk

One of the biggest causes for concern in Singapore’s battle with COVID-19 has been the alarming number of cases in foreign worker dormitories, where migrant workers reside, including a large number of Indians.

High Commissioner @JawedAshraf5 joined Minister S Iswaran and Sn Min of State Zaqy in visiting Indian & other foreign workers in dormitories. They assured workers of welfare, health and compensation measures during suspension of work during elevated restrictions in Singapore. pic.twitter.com/qieKowQB9M

Here too, the Indian High Commission has been playing a proactive role, in coordination with the Singapore government.

“The government here has assured all the workers that they would be paid their full salaries, they would be getting three meals a day, they would be getting full medical support and they're even being given free Wi-Fi plus sanitizers, masks and thermometers,” said HE Ashraf. “They have taken care of it all. They've set up a lot of isolation facilities. Prime Minister Lee has said that Singapore would look after foreign workers the way they look after their own citizens.”

The Indian community in Singapore steps up

Assisting the High Commission in its mission to reach out and help stranded citizens, has been the Indian community in Singapore, which has proactively been working for the welfare of migrant workers, students and others.

“The community has stepped up in a big way,” said HE Ashraf. “A lot of people are supporting NGOs and the dorm managers in providing whatever help is required for dorm workers, including simple things like even content for entertainment or for education, for learning.”

“There's a young Indian girl, Serena Gupta,who is running every Sunday a YouTube Kathak program as a tribute to the workers and asking people to contribute some sum of money which will be then given to NGOs working with them.”

“There are people like LISHA, who are providing food, particularly to those who are observing Ramzan,” he added. “There was an Indian who has developed an app, which has got a lot of features which are very useful for both dorm residents and dorm managers in terms of communication in different languages, in terms of tracing, in terms of content.”

“Global Indian Foundation has made a major contribution and they are working at various levels, including through citizens consultative committees. They're also working directly through a number of other organizations. They've made a very large contribution and I think that’s something that should be recognized and appreciated,” he concluded.