Excitement brews in Indian community in Israel over Modi's visit

Indian Prime Minister Narendra Modi will be embarking on his three-day visit to Israel today, and this trip is a source of excitement for the small Jewish Indian community in the country.

This is also the first time an Indian premier is visiting Israel, and is therefore a landmark event for the Jewish state, according to a report by AFP. Politically, it signifies the friendship between the two states, which is important to Israel who is seeking ties with powerful allies and customers for its advanced military equipment.

But on a softer cultural side, Modi's visit and its potential to generate interest among Israelis in Indian culture could help to increase the visibility of the Indian community. 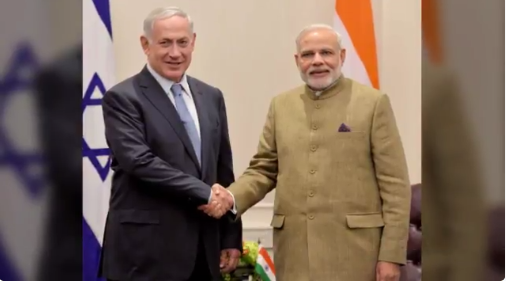 "There's not a single (Indian) household that's not talking about (this historic event). This is all people are talking about," Elazar Ashtivker, owner of the Maharaja restaurant in the city of Ramla, south of Tel Aviv, told AFP.

Maharaja serves "mainstream Indian food" alongside peppers, vegetables and imported spices. It was opened in the 1980s by Ashtivker's parents, who were born in India, because they felt that the Indian community in Israel was in decline.

"We expect (the visit) to help advance our community," said Ashtivker. "We're a small community here and don't really stand out."

On July 5, members of the Indian community are invited to a meeting with Modi in Tel Aviv. "There's a lot of excitement," Ashtivker said. "If you looked for Indians in Israel on the 5th you won't find any. They'll all be at the convention centre," he joked.

There is also "more openness" towards Indian culture among the younger generations today.  "They want to know more," said Dandeker.