Former Tata Sons chairman Cyrus Mistry died in a road accident in Maharashtra's Palghar today. Mistry was returning to Mumbai from Ahmedabad in a Mercedes car that crashed against a divider.

Mistry was 54 years old and is survived by his wife Rohiqa and their two sons. 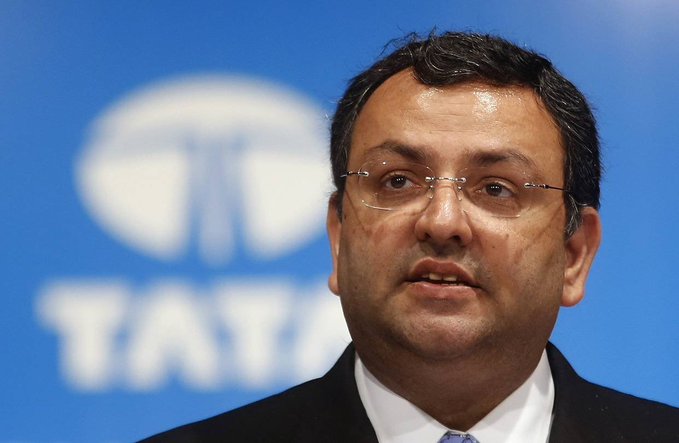 Tributes started to pour in for Mistry soon after news of his death came to light with political leaders and industrialists expressing their shock over the accident. Photo courtesy: Twitter/@M_Raj03

Police said besides Mistry, three other persons were there in the car – renowned Mumbai gynaecologist Dr Anahita Pundole, her husband Darius Pundole and Jehangir Pundole, brother of Darius.

They had visited the Iranshah Atash Behram at Udvada in the morning. Dr Pundole is believed to have been behind the wheel. Jehangir Pundole also died in the accident that took place on a bridge on the Surya river.

Dr Pundole and Darius Pundole are undergoing treatment at a hospital at Vapi where they are reported to be out of danger.

Pictures from the accident site showed the mangled remains of the silver Mercedes car. The accident happened when the car hit the road divider at Charoti area of Palghar, 135 km from Mumbai.

This is the latest blow for the Mistry family whose patriarch, Pallonji Mistry - Cyrus's father - died in June at the age of 93. Their empire built luxury hotels, stadiums, palaces and factories across Asia, but was most recently known for a corporate feud with the Tata Group. Mistry was ousted as chairman of Tata Sons in October 2016.

Tributes started to pour in for Mistry soon after news of his death came to light with political leaders and industrialists expressing their shock over the accident.

Maharashtra chief minister Eknath Shinde said he was "shocked to hear about the passing away of former Tata Sons chief Cyrus Mistry. He was not only a successful entrepreneur but also was seen in the industry as a young, bright & visionary personality. It's a great loss... My heartfelt tribute."

Union minister Smriti Irani called Mistry a gentle soul and a man with a mission. “Cyrus as I will always remember him epitomised kindness. The news of his demise comes as a shock. My condolences to his family & loved ones.”

Noted journalist Vir Sanghvi said, “Rest in Peace. Life is so unpredictable and so fragile that you never know what tomorrow will bring. Condolences to his family. It’s very sad news.”