They will also get benefits ranging from tariff elimination, reduced technical barriers to trade and increased access to the EU’s services and procurement markets. 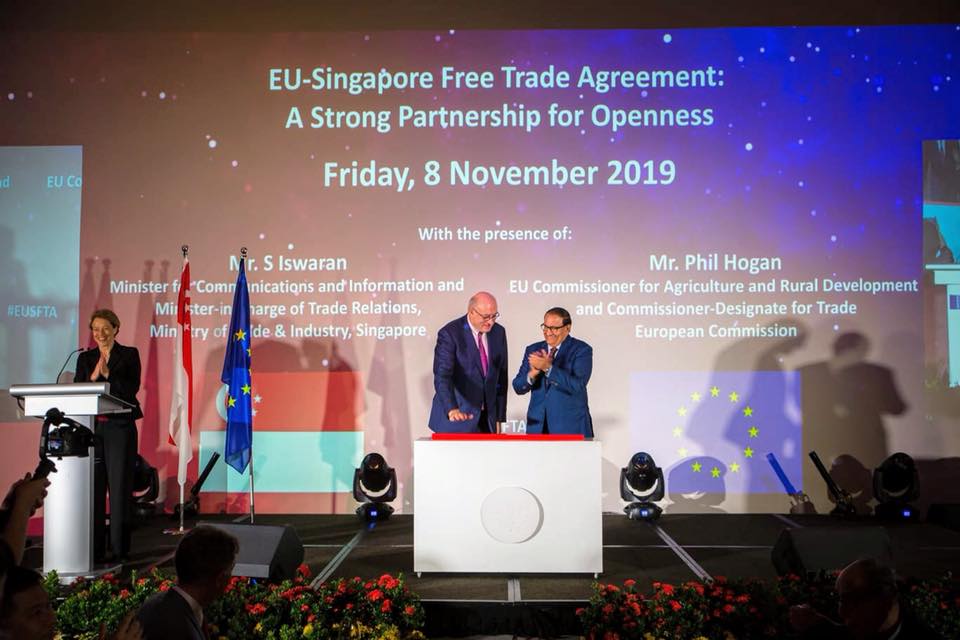 On November 8, Singapore's Minister for Communications and Information and Minister-in-charge of Trade Relations S Iswaran and EU Commissioner-Designate Phil Hogan jointly announced the date which the EUSFTA will enter into force. Photo courtesy: Iswaran FB

The EUSFTA also enhances region-to-region connectivity between the EU, the world’s largest single market, and the ASEAN, which will be the fourth largest economic bloc by 2030. It will act as a strategic pathfinder for an eventual EU-ASEAN FTA.

Singapore's Minister for Communications and Information and Minister-in-charge of Trade Relations S Iswaran said, “As an ambitious agreement with forward-looking provisions, [the EUSFTA] marks a new chapter in EU-Singapore relations and will provide a solid foundation for Singapore and the EU to take our economic partnership to the next level."

EU Commissioner for Trade Cecilia Malmström, added, “This agreement will enhance our bilateral relationship, boost the EU’s commitment to ASEAN, and is a sign of strong support for the rules-based international order.”