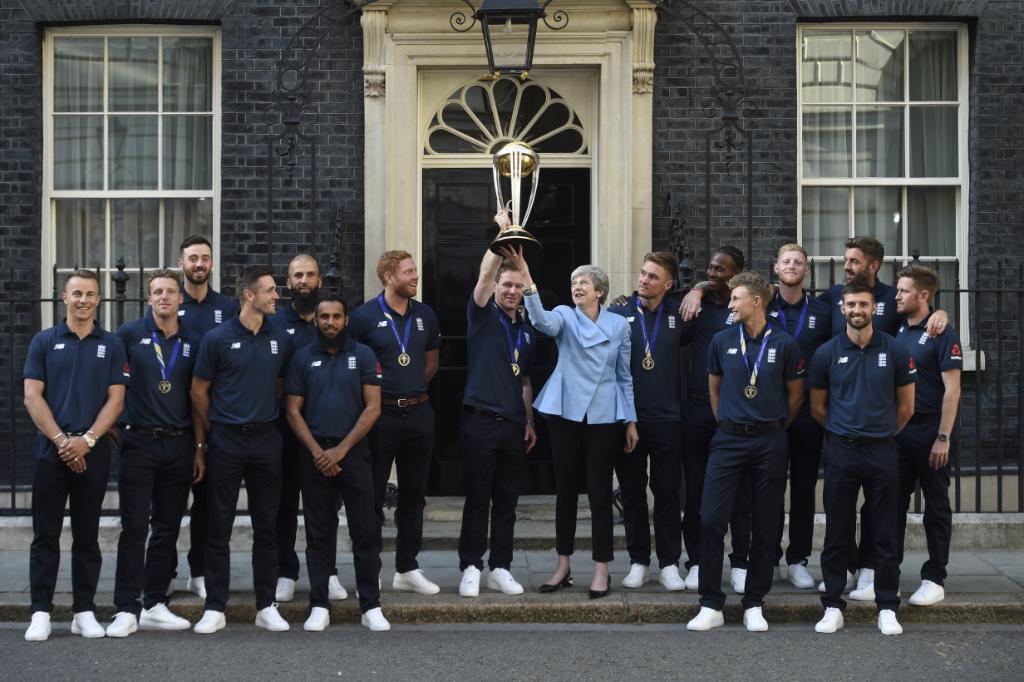 Having ended a 44-year wait for the ICC World Cup trophy last Sunday, the England cricket team is continuing its celebrations.

The entire team visited 10 Downing Street on Tuesday and were congratulated by outgoing Prime Minister Theresa May.

Here we have a team that will be spoken of in awe for generations to come. On behalf of the whole country, congratulations to England’s World Cup winners! 🏏 pic.twitter.com/ZaRYb5vrLS

England's Royal Mail also paid tribute to the team with 15 special edition mailboxes  to be placed around the country, with the one first one being unveiled at Lord's Cricket Ground where the final was played.

The postbox pays tribute to the achievements of the Men's and Women's teams @EnglandCricket.https://t.co/4nZyIiDJ98#CWC19 #Cricket #England pic.twitter.com/YM7Afkn38t

The historic win was a moment of great pride for the entire country and Eoin Morgan’s men are still in disbelief.

Memories to last a lifetime pic.twitter.com/zailGhoQC8

Not sure it’s quite sunk in yet but want to thank absolutely everyone that has been on this journey with me. The support from family, friends and the public has been INSANE. Thank you all so much 🏴󠁧󠁢󠁥󠁮󠁧󠁿

Still lost for words... not sure it will ever sink in! Thanks to everyone for messages of support before, during and after this amazing journey with the best bunch of lads! So so proud of this TEAM!
England - World Cup Champions! 🏆 pic.twitter.com/v6S4Wby4gL

Thank you to absolutely everyone that has been on this journey with us as a team! The support of family, friends and all the fans means so much! It’s been a long ride but this 3 minute video is just incredible! 🏆 https://t.co/W8ZEkaDSXA

Meanwhile, congratulatory messages continue to pour in from around the United Kingdom and the world.

That was tense, @englandcricket 🏆

Congratulations to @englandcricket on winning the World Cup. What a final. Brilliant lads 🏴󠁧󠁢󠁥󠁮󠁧󠁿👏🏏 #WeAreEngland #CWC19

Great show by both the teams in the #CWC19Finals yesterday. Congratulations @englandcricket. 👍🏼

That’s the best game I’ve ever seen and the last hour was the worst and most nervous I’ve ever felt. WHAT A WIN!!!!! @englandcricket officially World Cup champions, I feel like crying/singing/dancing/hugging/screaming all at once!!!! 🏆🏆🏆😁😁😁❤️

Never seen anything like that. @englandcricket have won the World Cup. Cricket is coming home. 👏🏻👏🏻👏🏻👏🏻👏🏻👏🏻