Elon Musk signs off on message to critics with 'Namaste'

New Twitter boss Elon Musk today signed off one of his tweets with the traditional Hindi greeting, "Namaste". Musk urged those critical of his handling of the microblogging platform to move to other social media apps. 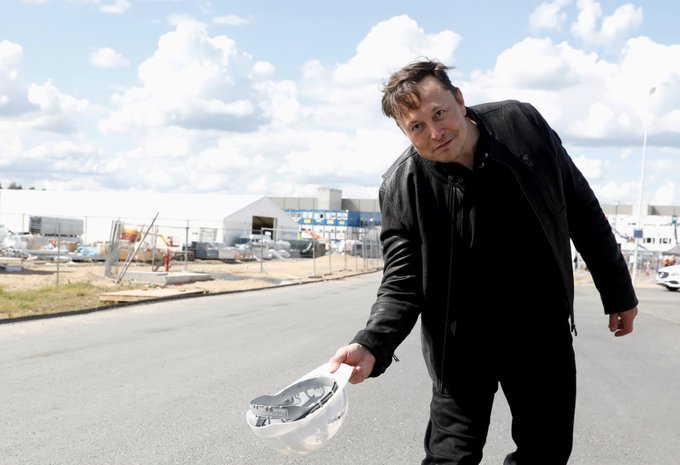 Musk, who also heads Tesla and SpaceX, is being criticised for the wave of recent changes he launched at Twitter, both in administrative and technical aspects. Photo courtesy: Twitter/@jonastyle_

"Namaste," he said in another tweet on the same thread with a folded hands emoji, stressing that was the end of the dialogue.

Musk, who also heads Tesla and SpaceX, is being criticised for the wave of recent changes he launched at Twitter, both in administrative and technical aspects.

Hope all judgy hall monitors stay on other platforms – please, I’m begging u

This morning, Musk announced a pause on the relaunch of his USD 8 verification plan for Twitter, citing the mushrooming of fake accounts.

"Holding off relaunch of Blue Verified until there is high confidence of stopping impersonation. Will probably use different color check for organisations than individuals," he said.

The subscription-based verification plan was among Musk's most prominent moves after his takeover apart from reinstating several banned accounts, including those of former US president Donald Trump and rapper Kanye West.

The company laid off almost half its workforce globally right after Musk took over and suffered a wave of mass resignations as the new boss issued an ultimatum for employees to commit to a "hardcore" work environment. The exodus last week forced Twitter to shut its offices over the weekend.

Meanwhile, some employees filmed a countdown to being fired as they refused to sign on to the new "hardcore" ultimatum.