The Lok Sabha Election Results 2019 will be declared today and as per the current trends, the NDA is leading on over 300 seats. With just over half the votes counted, The Bharatiya Janata Party (BJP) and its allies are already looking set for a second term in charge and are leading in over 330 out of 542 seats. 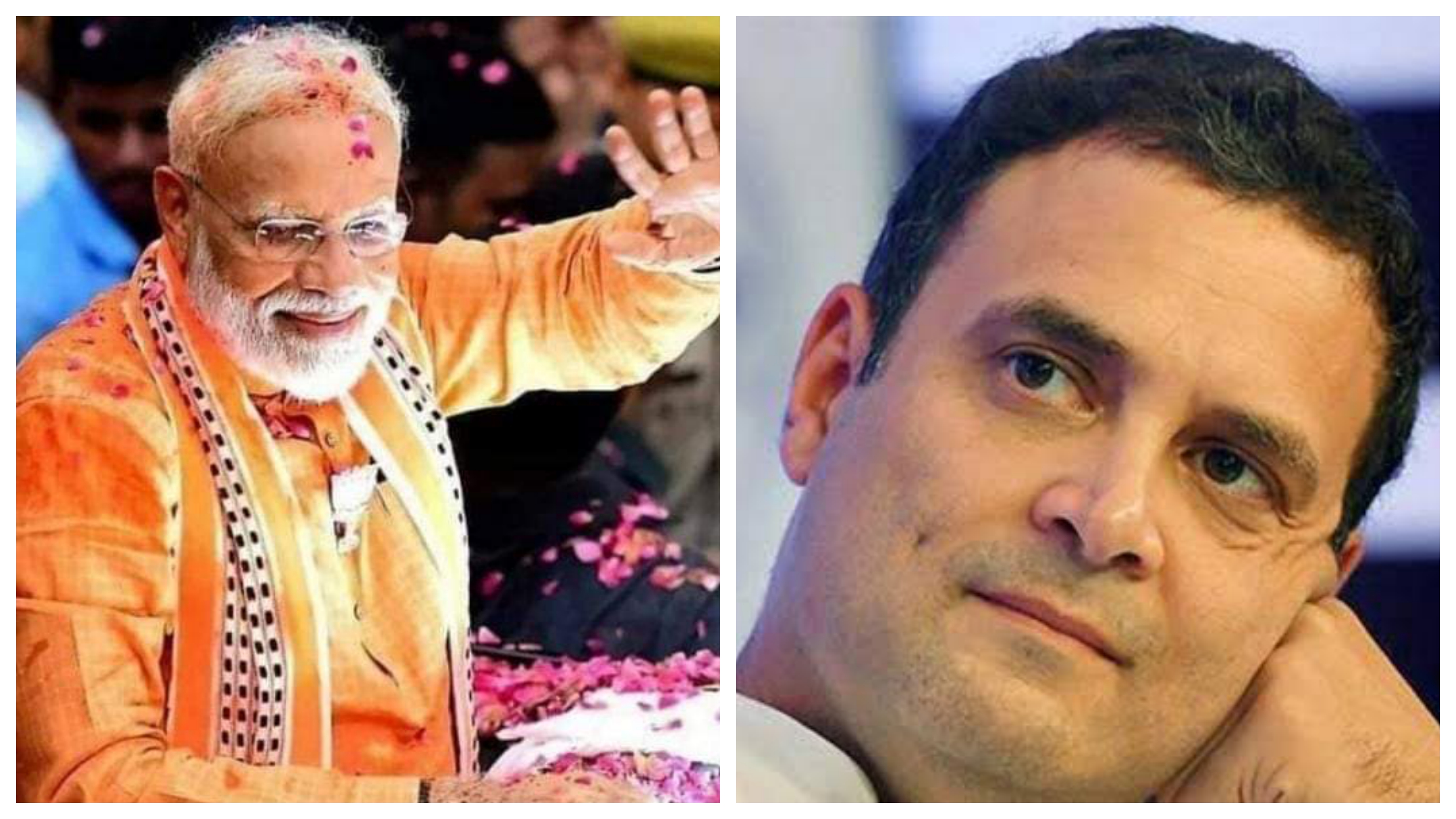 Exit polls predicted that the BJP will win almost as many seats as it did in 2014 and form a government comfortably.  The poll of polls, an aggregate of exit polls, gives the BJP-led National Democratic Alliance (NDA) 302 of 543 seats and the Congress and its allies 122. 67.11 per cent of the 90.99 crore electors had cast their vote in the polls.

Among the key candidates are PM Modi, who fought from Varanasi and Rahul Gandhi, who contested from his stronghold of Amethi and Wayanad in Kerala.

With congratulations pouring in already from world leaders and celebrities alike, the National Democratic Alliance (NDA) looks set to cruise to a consecutive victory at the polls. Scroll down for some of the key highlights of the day across news and social media.

Now, the time has come to take the Chowkidar Spirit to the next level.

Keep this spirit alive at every moment and continue working for India’s progress.

The word ‘Chowkidar’ goes from my Twitter name but it remains an integral part of me. Urging you all to do the same too!

Rahul Gandhi: "I respect the mandate of the people and congratulate Narendra Modi for his victory. I would also like to extend my gratitude to Congress cadres."

UP Chief Minister Yogi Adityanath: I want to congratulate Prime Minister Modi for this victory. BJP is touching 300 mark for the first time & NDA is touching 350. I also congratulate the party President Amit Shah. #LokSabhaElectionresults2019 pic.twitter.com/0JxtURwjLL

NCP chief Sharad Pawar once again cast doubts on EVMs and assured of the Opposition's comeback in next election. “The picture looks highly positive for the Opposition in the next elections. I accept people's decision but this is also a fact that people had their doubts about EVMs. Congress had performed really well in Rajiv Gandhi's time, but nobody doubted elections then, same when Atal Bihari Vajpayee won," Pawar said on Thursday.

China President Xi Jinping has congratulated PM Narendra Modi on the electoral victory under his leadership.

Prime Minister Narendra Modi has tweeted after his party continued to move ahead leading on over 300 Lok Sabha constituencies. He tweeted: "Together we grow. Together we prosper. Together we will build a strong and inclusive India. India wins yet again! #VijayiBharat."

Together we will build a strong and inclusive India.

Congratulations to the winners. But all losers are not losers. We have to do a complete review and then we will share our views with you all. Let the counting process be completed fully and the VVPATs matched

14:36 IST: The BJP continues to lead on all seven seats in the national capital New Delhi with three of its candidates taking the lead by a margin of over 2.4 lakh votes while the Congress and AAP trailed at the second spot in five and two constituencies respectively.

Former Jammu and Kashmir Chief Minister Omar Abdullah has congratulated Prime Minister Narendra Modi as the latter's party continues to maintain the lead in the Lok Sabha Election Results 2019. He tweeted: "So the exit polls were correct. All that’s left is to congratulate the BJP & NDA for a stellar performance. Credit where credit is due PM Modi Sahib & Mr Amit Shah put together a winning alliance & a very professional campaign. Bring on the next five years." The Aam Aadmi Party (AAP), too, has congratulated the prime minister for his party's continuing dominance.

So the exit polls were correct. All that’s left is to congratulate the BJP & NDA for a stellar performance. Credit where credit is due PM Modi Sahib & Mr Amit Shah put together a winning alliance & a very professional campaign. Bring on the next five years.

Dr Ram Buxani in his office. Photo: Connected to India

The Indian Election results are as expected. Narendra Modi has been given more time to prove himself further. During his campaign last term, he had many dreams and visions for India. He has just been given more time to achieve this. Modi’s re-election also shows a more stable India. You achieve nothing by changing the government every five years. We are looking at a more stable India today.

For more updates, keep watching this space or search for #LokSabhaelectionresults2019 and #Verdict2019 trending on social media.