Ekta Kapoor got angry over ‘Lipstick Under My Burkha’

Indian Producer Ekta Kapoor has said she came up with a “sassy promo” for Lipstick Under My Burkha as she wanted the film to reach out to wider audiences rather than being confined to the art film zone.

Lipstick, as a symbol, had less to do with vanity and more to do with freedom of choice, says @ektaravikapoor! https://t.co/HzPK4bjXJB

The movie hit a roadblock with the Central Board of Film Certification (CBFC) soon after Ekta came on board as a distributor but it only strengthened her desire to take the movie to the masses. “The film made me angry. I saw the film and realised we really live in a world where as women we are not allowed to do or say anything. Here was this entertaining movie that spoke about what I think. Why didn’t I think of it? I loved it,” Ekta, 42, told PTI in an interview. 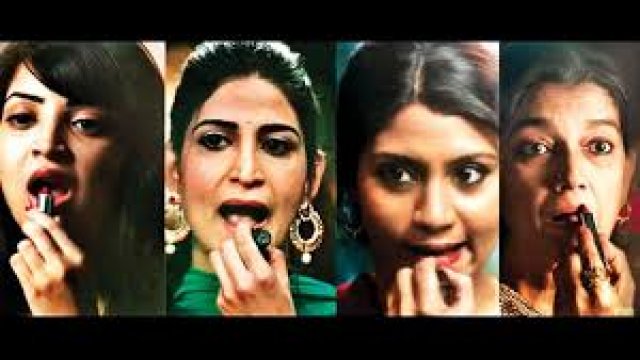 She came on board the project when it had already hit a roadblock. Producer of the film Prakash Jha called her to watch the film and asked whether she would like to distribute and she immediately agreed. “I decided to distribute this movie knowing that I might not earn profits. Then I was hoping we would get a certificate and that’s when it landed into a soup with the censor board,” Ekta said.

The board was criticised for being regressive by refusing certification to Lipstick Under My Burkha as the film was “lady- oriented”.

The makers approached the Film Certification Appellate Tribunal (FCAT), which directed the CBFC to certify the film with a few cuts.

The all-new #LipstickUnderMyBurkhaTrailer is having a galvanizing effect on people! Watched it yet? https://t.co/3w8CULqXL4 pic.twitter.com/mY2OWqI4gx

After the film was cleared for release, Ekta’s team came up with an edgy poster of the film, which depicts a woman showing her middle finger.

“I thought, will this be an ‘artie’ movie that 200 people will watch or a film where I’ll get more and more women to see it? So, we got a sassy promo out, edgy as hell with great Hindi ‘masala’ music and have more women pay attention to it. I felt this was the way to go forward.”

Ekta said lipstick, as a symbol, had less to do with vanity and more to do with freedom of choice.

Directed by Alankrita Shrivastava, Lipstick Under My Burkha has a stellar cast in Ratna Pathak Shah, Konkona Sensharma, Aahana Kumra, Plabita Borthakur, Sushant Singh and Vikrant Massey. The film is releasing on July 28.