“Leaders can only be effective if there’s a deep sense of trust between the Government and its people,” asserted Minister in the Prime Minister’s Office Chan Chun Sing while speaking at the first SR Nathan Hards Seats Lecture organised by the Oxford & Cambridge Society of Singapore. He also urged the people to keep Singapore united to tackle challenges together.

The Minister highlighted three ways for leaders to win and maintain this trust. 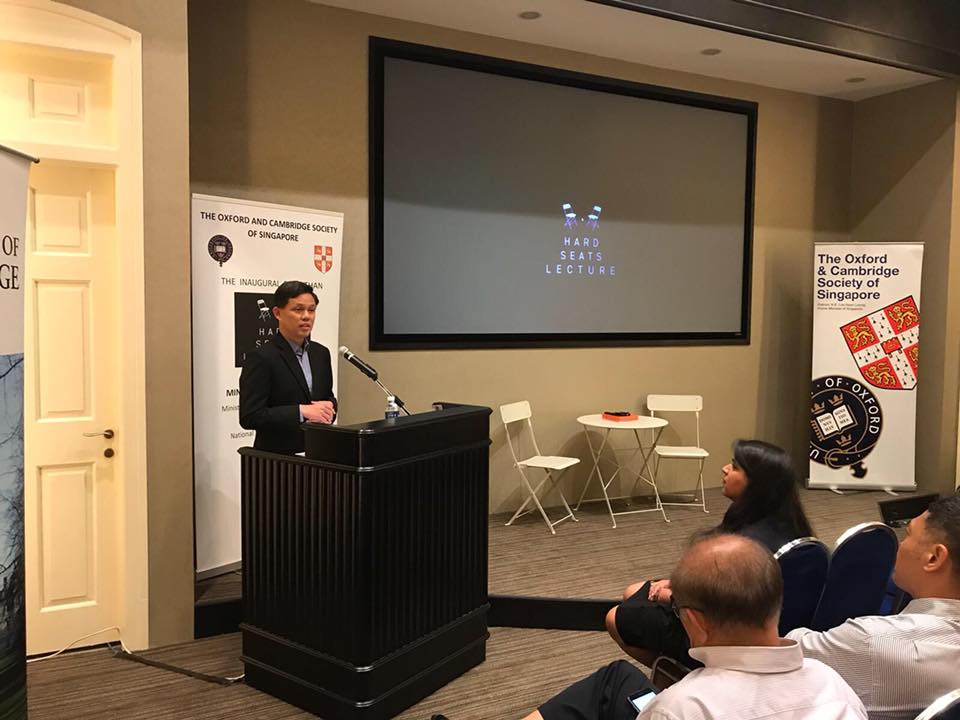 “Firstly, help Singaporeans understand what’s at stake and the trade-offs involved. Let them know how they’ll be affected directly, and spend more time on the ‘why’ rather than the ‘what’ or ‘how’,” he elaborated.

The Minister also suggested working the ground and sharing as much information “wherever possible” so people can become better informed and trust that decisions were made only after careful consideration.

Secondly, leaders must continue to find new ways to communicate and connect with different generations, Chan said. With a more diverse population, with different expectations of the government and in a fast-paced, digital age that has “social media influencers”, he said there is “no shortage of ideas, views and, of course, criticism”.

“Thirdly, leaders must be accountable and responsible. This means making good on promises and, when there are problems, working to put things right immediately,” he explained.

“Each generation of leaders would therefore need to be consultative yet nimble in meeting these needs while managing finite resources responsibly. These are important so that we do not face a trust deficit, and run the risk of citizens disconnecting with or being disenfranchised by the government,” he added.

Chan said apart from trust, each generation of leaders would also have to keep the country united to tackle challenges together.

He said in order for people to be united, they must have “a sense of a common threat, challenge, mission and vision”, and acknowledged there are some who may think the earlier Singaporeans were united because of the “life and death struggles of independence” in its early years. He also voiced the question of whether successive generations of Singapore would feel the same sense of mission and unity.

“I believe each generation must bond through different circumstances. This generation must similarly understand that we too have our share of ‘life and death’ struggles to keep this country going,” Chan said.