Mumbai’s Bandra Kurla Complex was dancing to tunes yesterday performed by British sensation Ed Sheeran, who belted out a set of 17 songs, including hits such as 'Shape Of You' and 'Galway Girl', with only a guitar and a loop station. The 26-year-old singer-songwriter dressed in a turquoise Kurta to surprise his fans. 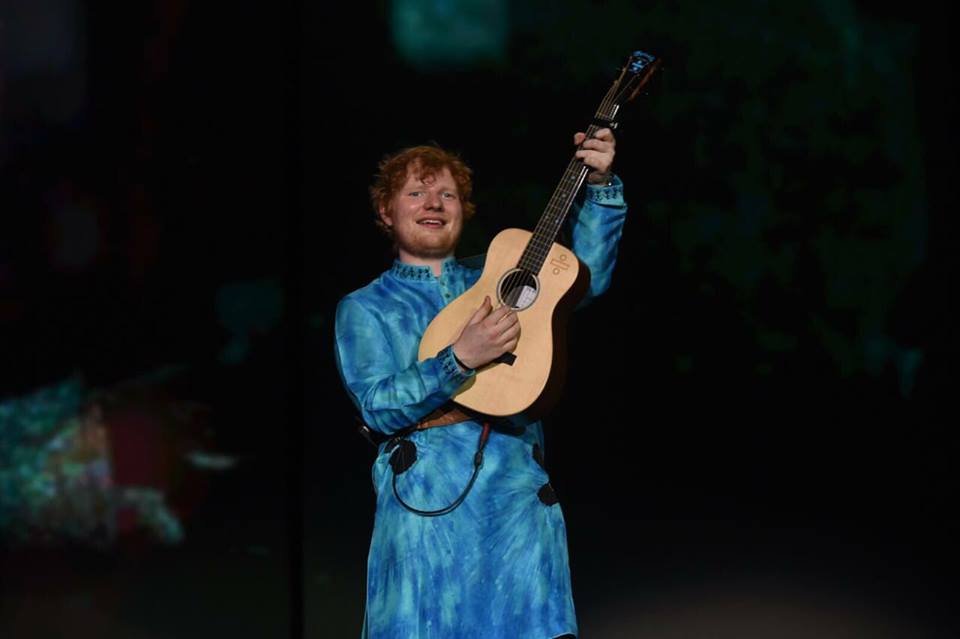 He arrived in India on the Asia leg of his tour for his new album 'Divide'. He honoured his promise to Indian fans even though he recently suffered fractures in his right wrist and left elbow in a bicycle accident.

He was to trek in Taipei, Osaka, Seoul, Tokyo and Hong Kong through November 5, which he had to cancel due to the injuries.

The gates of the venue opened at 5pm as a crowd of around 10,000 waited for Sheeran to crank up the jukebox.

American artiste Lauv regaled the fans with popular singles such as 'I Like Me Better' and 'Easy Love'.

"I am from California and this is my first show in Asia. I am having a great time here. Thanks to Sheeran and his team, he is such a talented genius, and down to earth guy. I am grateful to him, his team," he said.

The Grammy Award winner did not tease his fans as he sauntered onto the stage in a casual manner around 8pm in T-shirt and jeans.

“Come on now, follow my lead
I may be crazy, don't mind me “
Thank you @TheFarahKhan for being the ‘perfect’ host that you always are & for a rocking party last night. The hangover still continues. I can see the ‘Shape of you’ with @edsheeran ❤️🤗 pic.twitter.com/v7foPaTC8T

Sheeran instantly struck a chord with the eager audience as he started the show while strumming to the ode to his hometown, 'Castle on the Hill.'

The stadium reverberated with the rock band-influenced guitar anthem by the singer, who went on to sing tracks such as 'Eraser', 'Bloodstream' and 'I See Fire', from the 2013 film 'The Hobbit: The Desolation of Smaug' soundtrack.

A night high on octane was full of sing-alongs. The artiste engaged with the crowd and got them singing and dancing throughout his 90-minute long concert.

"India: you are always special and this night is magical. Thank you all so much. Hope you all are having a good evening? Pleasure to be back in India. I want the crowd to be involved in my show ... sing as loud as you can, you can dance out here ... I want to see you all dancing, singing and I am going to give you all," Sheeran told the crowd. 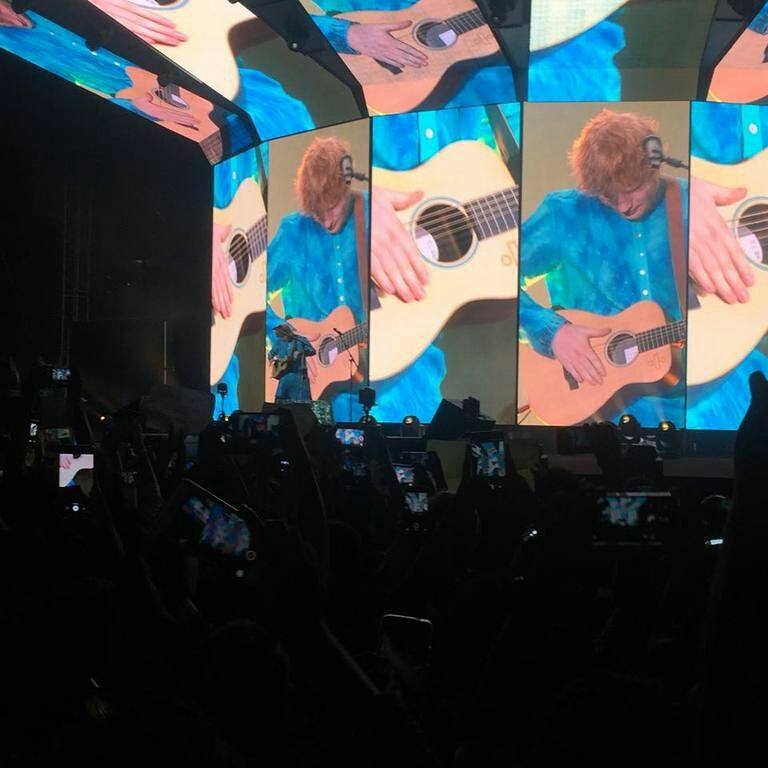 Ed Sheeran engaged with the crowd and got them singing and dancing throughout his 90-minute long concert. Photo courtesy: Facebook

To the fans, who enjoyed and grooved on every song, Sheeran kept saying, "Mumbai sing out loud!"

Sheeran, who last came to Mumbai in 2015 for a gig, said he was happy to be back in India.

"This has been a cool year for me... I've been all over the world. Here, in Mumbai, it's a great crowd. When I came here last time, the crowd was so loud. I think you all can be loudest. I am so so happy, pleased to be here. This country is good, the people here are so good. It's amazing!"

Sheeran landed in Mumbai last week amid heavy security and much fanfare. He was welcomed at the airport in a traditional ceremony with flowers, dancers and dhols.

After he landed, Sheeran partied with Bollywood stars Shah Rukh Khan, Shahid Kapoor with wife Mira, Malaika Arora and others, who enjoyed a party at filmmaker Farah Khan's residence, who hosted the much-publicised night in the honour of the 'Shape Of You' hitmaker.

"A film with @iamsrk would be quite cool," says @edsheeran post his concert in India #EdSheeran #ShahRukhKhan pic.twitter.com/3cMEXCC81Y

According to the organisers, Sheeran is accompanied by an entourage of 45 people, and has put up in a hotel in south Mumbai. 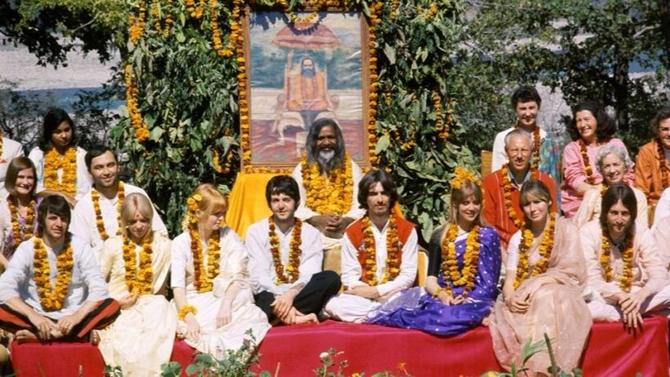 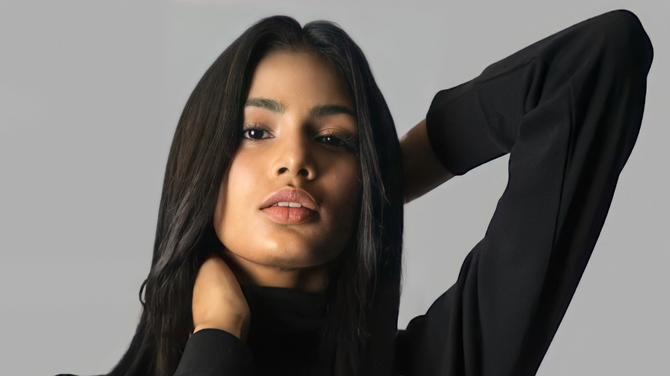 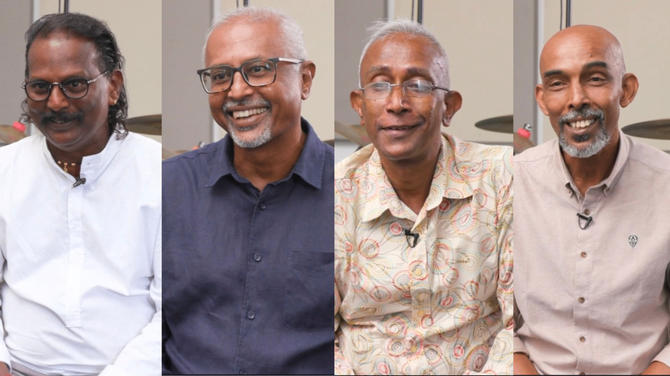