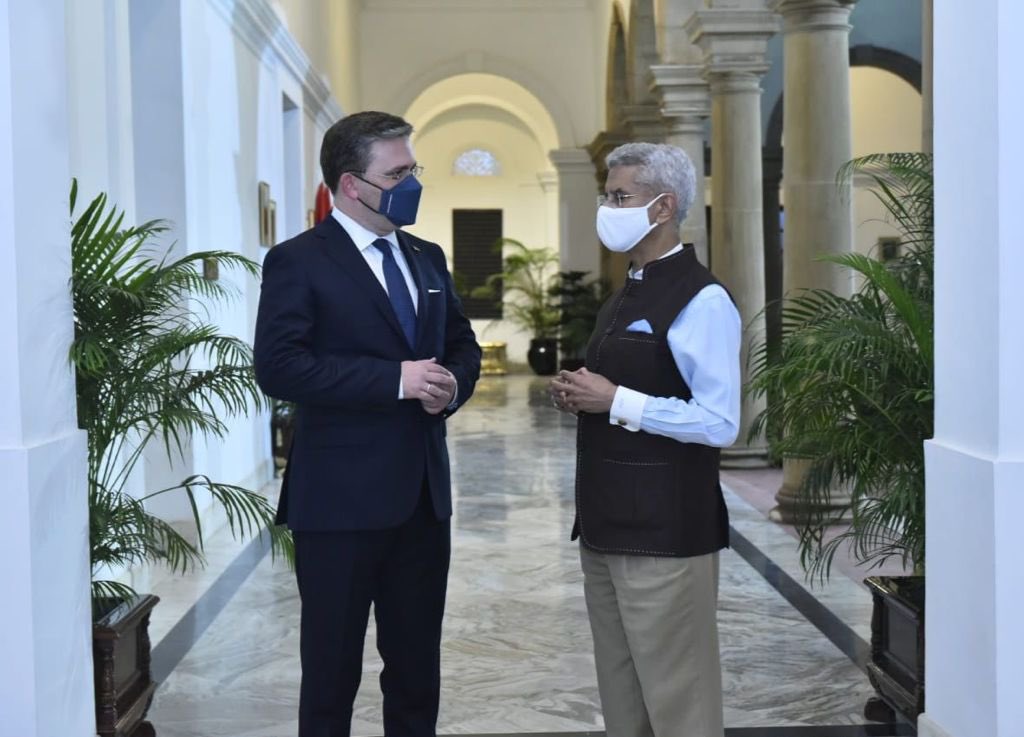 Both the nations agreed to deepen the economic engagement during their "fruitful" talks.

The Serbian foreign minister arrived yesterday morning on a two-day visit to India.

"Agreed to take forward our long-standing cooperation, especially on the economic side," he said.

The bilateral trade in 2018 was recorded at USD 214.8 million that comprised Indian exports of USD 202.6 million.

Serbia and India have very good and friendly relations, based on close ties established when the Non-Aligned Movement was founded.

They have similar views on many international issues and a mutual interest for strengthening the political dialogue and improving cooperation in all policy areas.