Dubai is set to host the first edition of the world’s Artificial Intelligence (AI) Show on April 11 and 12. The event is being organised in the wake of Smart Dubai Government initiative.

The show will showcase the latest in artificial intelligence before moving on to Singapore, Mumbai and Paris. It is being organised by business event company Trescon.

“UAE has already been ahead in the global AI race especially when it announced the appointment of a dedicated ministry for AI, and with Dubai Police implementing a fully functional robot police - all this while the rest of the world is trying to play catch-up with the princely state,” said Trescon in a press release. 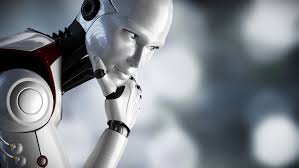 It is mention worthy that the United Arab Emirates (UAE) market cap for AI is set to touch the USD50 billion mark by 2025. Other Gulf countries Saudi Arabia and Qatar have also developed a keenness for AI and has seen a 50 per cent increase in development over the last five years.

The main purpose of the World AI Show series is to bring the global thought leaders for AI under one roof, and discuss everything under the sun regarding the development and wide-scale implementation of AI across key verticals.

The second edition of the AI show will be organised at Singapore on July 17 and 18. The subsequent editions of the show will take place at Mumbai in September 2018 followed by Paris in November 2018.

Interestingly, AI will make foray into every sector by 2030. The usage of this technology has already found its way into the healthcare, automotive and defence sectors across the world.

“The show is a much-needed platform as it is addressing the technology of the future, today. We need a detailed understanding of what constitutes an AI and the people need to know that too, for our businesses to thrive,” said Nikhil Jain, Co-Founder of AI based Virtual Identity creator 'ObEN',

The show will be attended by many eminent personalities including  Dr. Sohail Munir, advisor for Emerging Technologies and Digital Transformation in the 'Smart Dubai Govt' initiative Hans Christensen, Director for Dtec, UAE; Dr. Bernd Van Linder, CEO of the Commercial Bank of Dubai, UAE; Sally Eaves, Speaker and Researcher of the Forbes Technology Council, UK; Fahad Al Gergawi, CEO of the Dubai Investment Development Agency and many others.