Dubai gears up to celebrate Deepavali in style

There is considerable excitement among the Indian expatriate community in Dubai as the wonder city gears up to celebrate Deepavali or Diwali in style. People are earnestly waiting for the fun-packed period to begin to indulge in mouth-watering food, attractive candles, diyas and obviously fire-crackers. 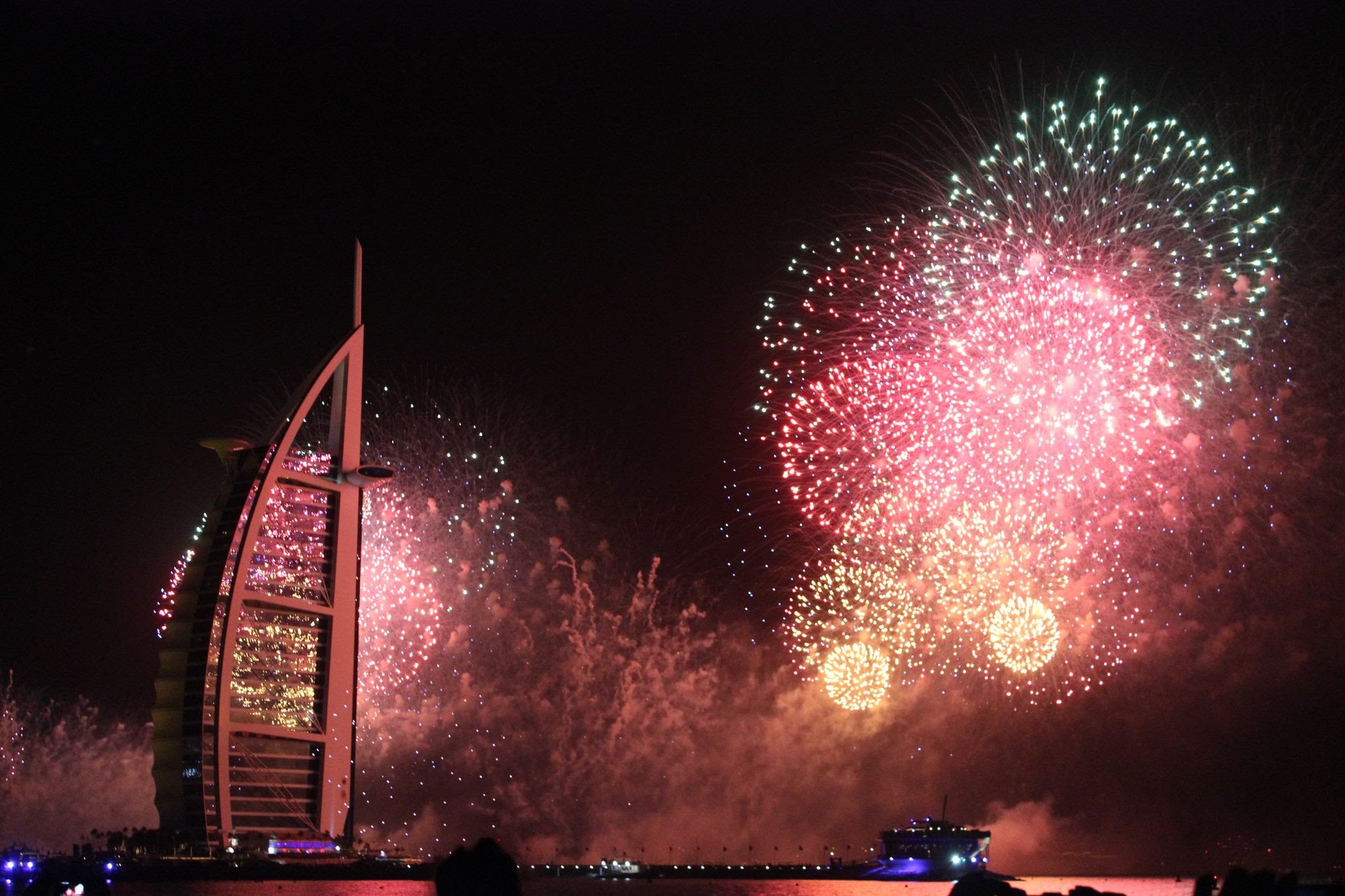 Excitement is palpable as Indian community gears up to celebrate Deepavali in Dubai. Photo courtesy: festivalsherpa

As one drives around this wonder city, one can feel the festival’s existence by seeing houses and shops literally immersed in lights. A spectacular view is visible in the Bur Dubai area where many people of Indian origin reside in densely populated apartments. It’s always lovely to know that people are still devoted to their traditions and celebrate them. Festivals like Deepawali are like umbilical cords binding Indian origin people with their mother country.

This time, Dubai has planned various activities to celebrate the Festival of Lights. There are various events ranging from concerts and musical performances from some of the biggest Indian artistes including Mika Singh, Ayushmann Khurrana and Armaan Malik, and catwalk shows featuring the latest fashions, to photography tours that aim to capture the festivities. 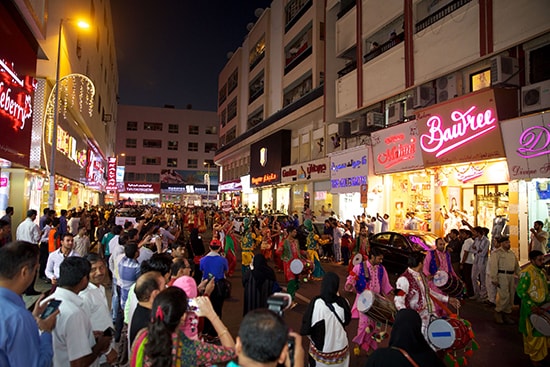 Meena Bazaar is a great place where you will find exquisite Indian jewellery, clothes and other local Indian products. The market also has two Hindu temples for the devotees to visit. Apart from the usual shopping goods, one can also find some great gold shops in the area. Meena Bazaar is now synonymous with old-style shopping in Dubai. 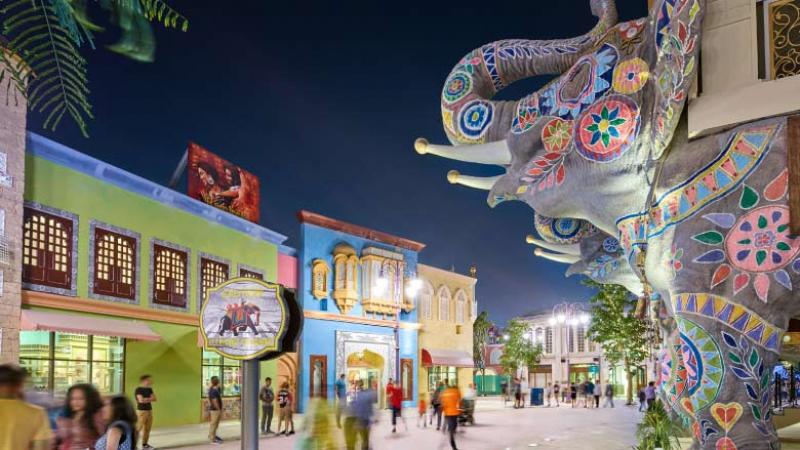 Many special programmes are being lined up at Bollywood Parks during Deepavali. Photo courtesy: visitdubai

For a memorable Deepavali celebration, head to Bollywood Parks Dubai at Dubai Parks and Resorts inspired by the Indian film industry’s biggest blockbusters and Mumbai’s quintessential charm. There will be special dance performances, light and fountain shows and intricate rangoli art displays all around the venue, not to mention an exceptional array of Deepavali treats at the Food Market and weekend firework displays. 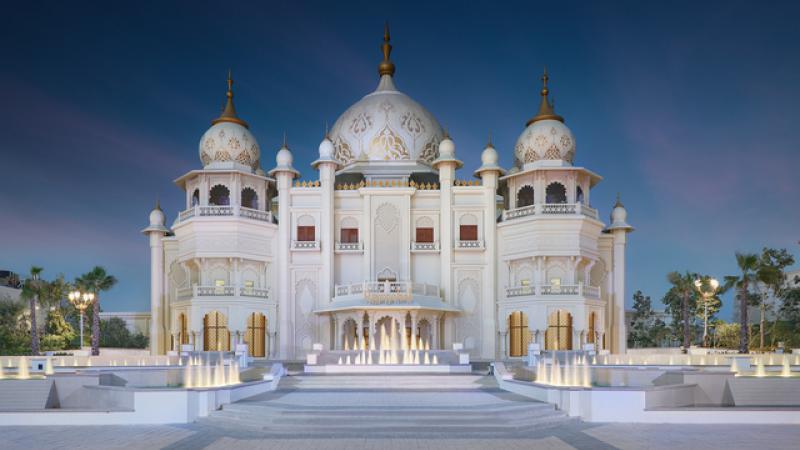 There will be a special firework show at the Rajmahal Theatre from October 19 to 21. Photo courtesy: visitdubai

Bollywood Parks has been draped in rich decorations. There is a market selling Deepavali-themed snacks and delicacies, special dance performances, and fountain and light shows every evening. From 19-21 October, the skies over the park will be lit up with a fireworks show by the Rajmahal Theatre. 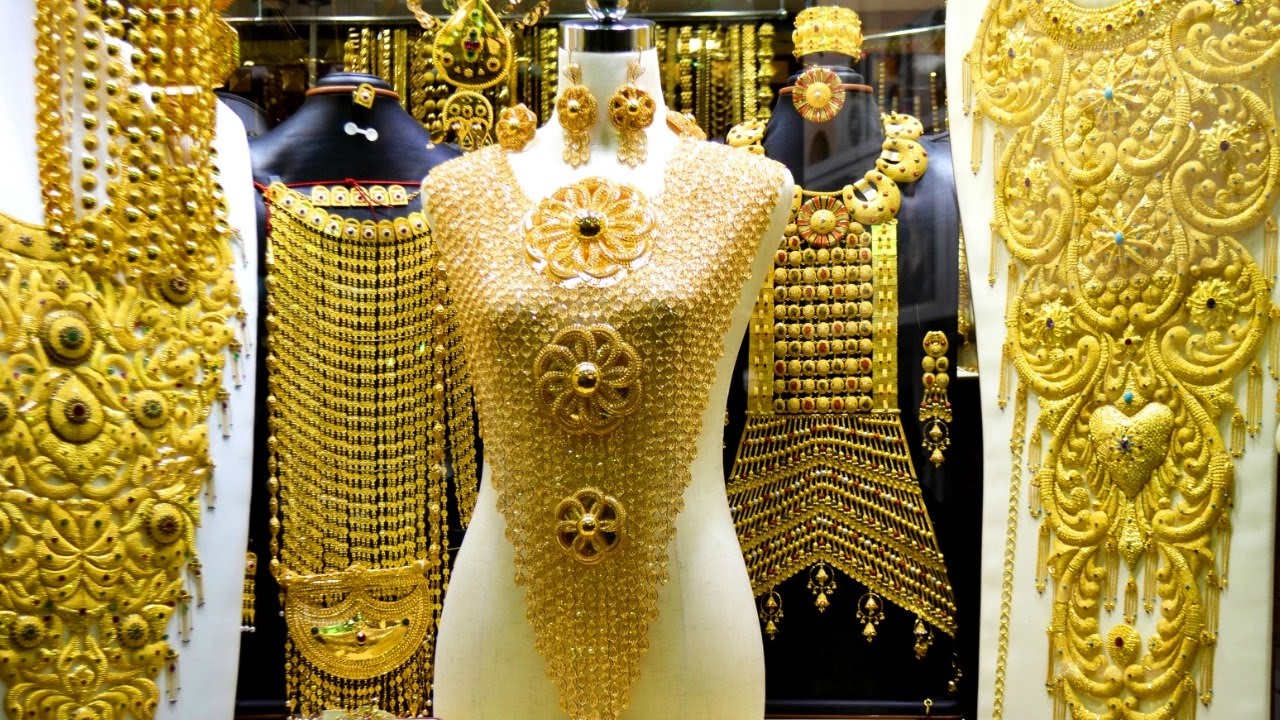 Jewellery shops across Dubai have been decked up for Deepavali. Photo courtesy: Youtube

Deepavali is also a time for purchasing gold jewellery. Many leading gold and jewellery stores across Dubai are offering discounts and promotions on their latest collections. Shoppers keen to buy gold in keeping with the festival’s tradition can expect savings of between 30 to 75 per cent. People can choose attractive jewellery at Malabar Gold & Diamonds in Al Barsha to choose from intricate designs and enter a draw to win 100 kg of gold. The leading jewellery chain is also offering free gold coins on a minimum spend. 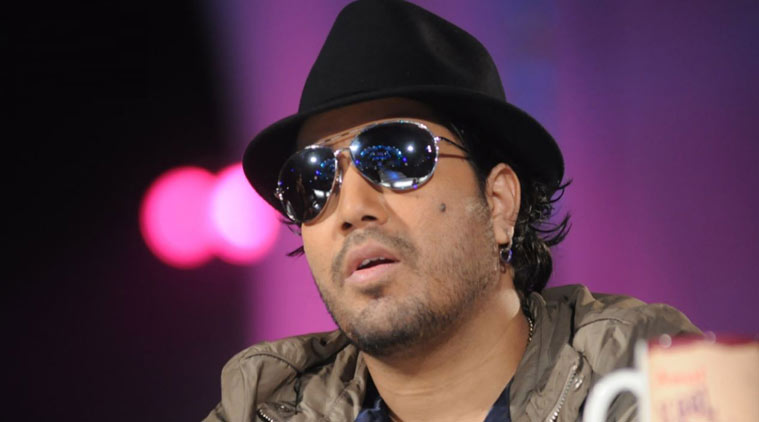 Mika Singh will be performing in Dubai on October 20. Photo courtesy: topyaps

Renowned Indian singer Mika Singh will be performing live at Dubai Parks and Resorts on  October 20. The concert will be held at Bollywood Parks. He is best known for ‘Mauja Hi Mauja’ from Jab We Met and other hummable songs. Music lovers can expect to hear him various songs on stage. He’ll be supported on the night by ROOH, and there’ll also be a spectacular fireworks display. 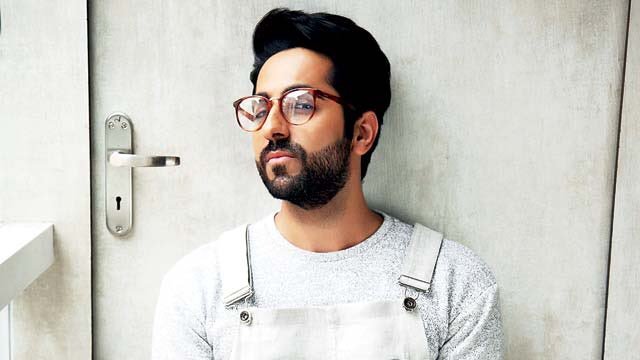 Ayushmann Khurrana and Ali Zafar will be performing live on stage at the MTV India Unplugged concert. Photo courtesy: Twitter

Moreover, singing sensations Ali Zafar and Ayushmann Khurrana will both be performing live on stage at the MTV India Unplugged concert. Though both are famous for starring in television shows and films, they’re also singers, and they’ll be belting out some of their biggest hits. Zafar is a singer-songwriter and has also worked as a composer- his first big hit was ‘Channo’, and his songs have also appeared on Bollywood film soundtracks like Karachi Se Lahore. Khurrana is best known for his singles like Pani Da Rang and O Heeriye.

To enjoy Deepavali in desi style, head to 2017 Desi Fiesta as Armaan Malik takes the stage. He is one of Bollywood’s shining stars, with hits including Main Hoon Hero Tera from the movie Hero, Kehta Hai Pal Pal, Aaja Na Ferrari Mein and Besabriyaan from MS. Dhoni.

Adventurous people can embark on a unique food and photography tour of Meena Bazaar in Bur Dubai. Photo courtesy: visitdubai

For adventurous ones, embark on a unique food and photography tour of Meena Bazaar in Bur Dubai, where the winding alleys and neon street fronts are dotted with family-run stores selling jewellery, fabrics and kitsch souvenirs. Organised by Dubai's centre for photography, Gulf Photo Plus, the one-night-only tour on October 19 also features plenty of stops at local eateries to fuel up with delicious Indian street food such as pav bhaji and bhel puri, as well as sticky, sweet desserts.

There will be a special light and water show at Dubai Festival City on the occasion of Deepavali. Photo courtesy: visitdubai

Meanwhile, Dubai Festival City is also celebrating Deepavali with a brand new light and water show. The mall is home to Imagine, a record-breaking attraction which features the world’s largest water screen projection as well as the largest permanent projection mapping. It features water, pyrotechnics, and lights to create an unforgettable show.

The show will be on every hour from 7pm until the mall closes, from October 18-22.