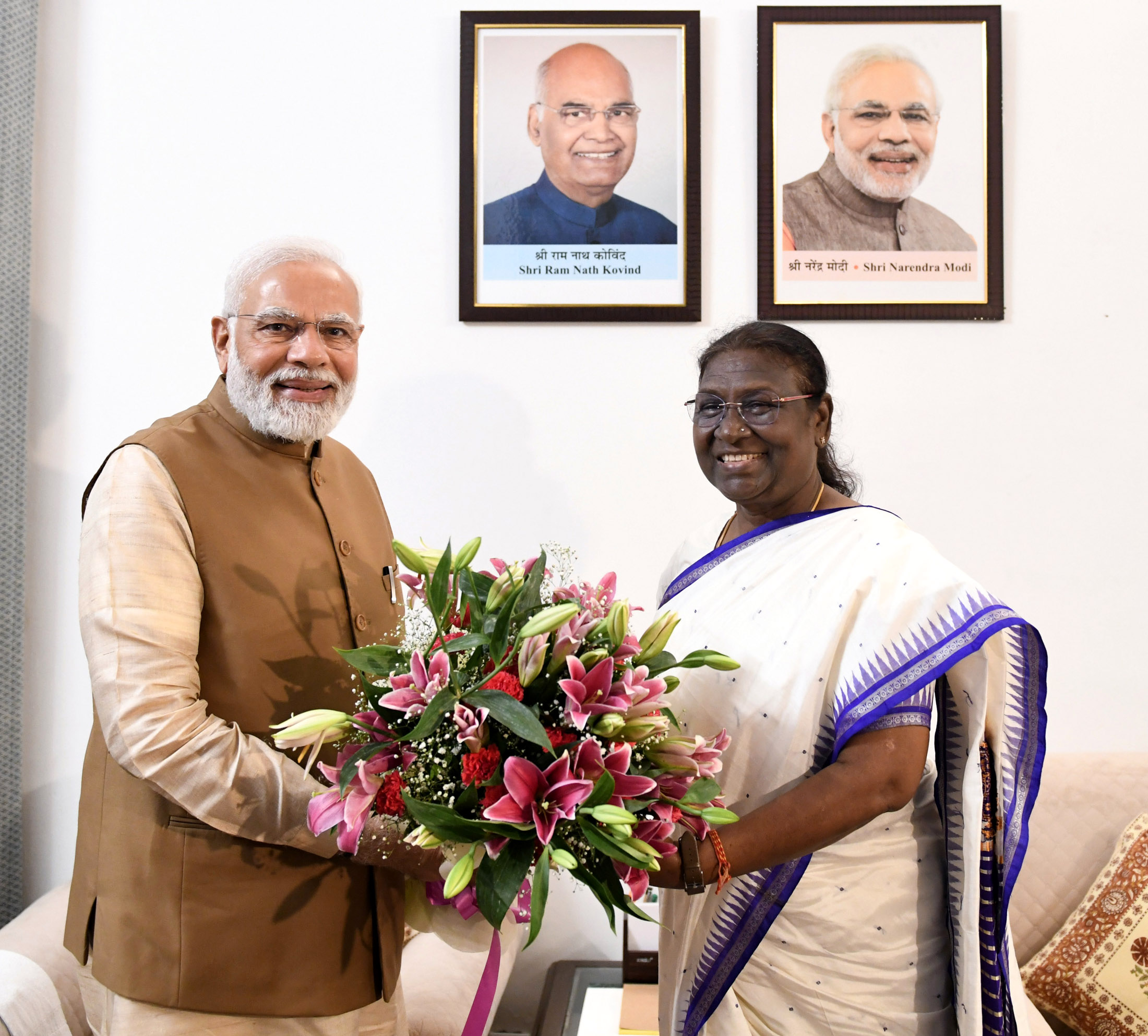 Indian Prime Minister Narendra Modi, along with senior members of his Cabinet and BJP chief JP Nadda, visited Murmu to congratulate her. Celebrations broke out across the country, complete with sweets and colourful tribal dances. At 64, Murmu will be the youngest and India's first President born after Independence.

"India scripts history. At a time when 1.3 billion Indians are marking Azadi Ka Amrit Mahotsav, a daughter of India hailing from a tribal community born in a remote part of eastern India has been elected our President!," Modi tweeted.

"Droupadi Murmu Ji's life, her early struggles, her rich service and her exemplary success motivates each and every Indian. She has emerged as a ray of hope for our citizens, especially the poor, marginalised and the downtrodden," he said in a series of tweets.

The Prime Minister also thanked all MPs and MLAs across party lines who supported her candidature and said her "record victory" augurs well for our democracy.

"Droupadi Murmu Ji has been an outstanding MLA and Minister. She had an excellent tenure as Jharkhand governor. I am certain she will be an outstanding President who will lead from the front and strengthen India's development journey," he said.

Murmu had contested the 2014 assembly election from Rairangpur, but lost to the BJD candidate.

Born on June 20, 1958, in Odisha's Mayurbhanj district, she catapulted into the national spotlight after being picked as the ruling NDA's presidential nominee in the July 18 polls.