Dozens of civilians, 12 US troops killed in attacks outside Kabul airport: Reports

Suicide bombers struck outside Kabul airport with at least two explosions, causing a bloodbath among civilians and US troops today, according to reports. 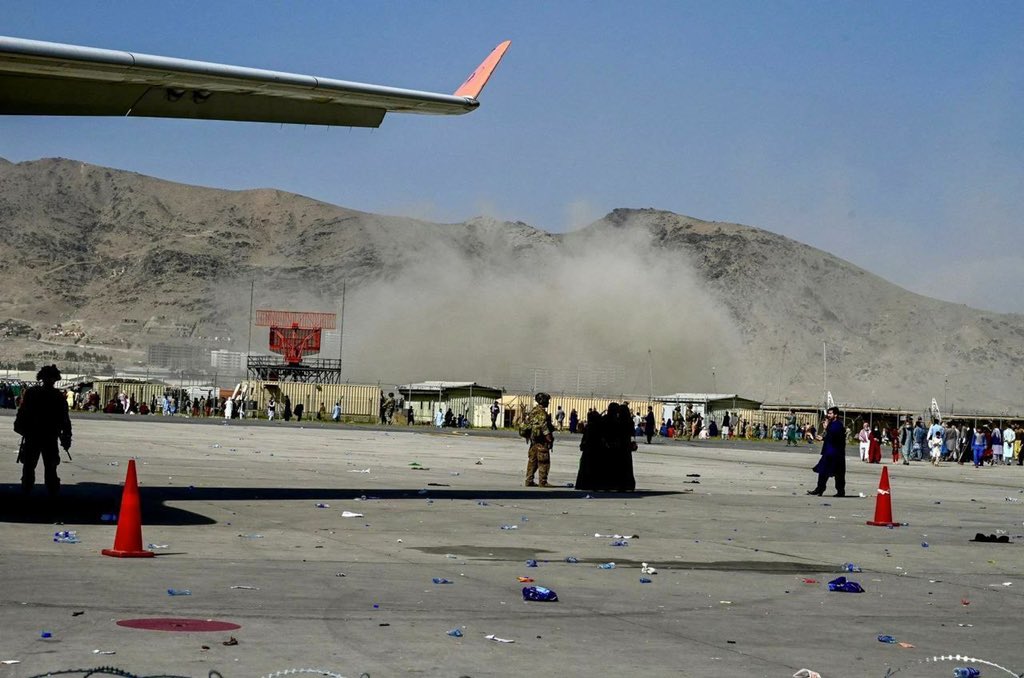 US and allied officials have said they had intelligence that suicide bombers were threatening to attack the airport, the Pentagon said. Twitter/@KazmiWajahat

Hours after the twin blasts, a third explosion was reported by news agency AFP while unconfirmed reports said there may have been more.

Kabul health officials were quoted as saying 60 civilians were killed. Video shot by Afghan journalists showed dozens of bodies strewn around a canal on the edge of the airport.

Thousands of people have gathered outside the airport to flee the country since the Taliban's seizure of power earlier this month.

US President Joe Biden announced in an emergency statement that the US is pressing ahead with the evacuation of Americans and others from Afghanistan.

"To those who carried out this attack, as well as anyone who wishes America harm, know this: We will not forgive, we will not forget. We will hunt you down and we will make you pay," he said.

Islamic State, which has emerged in Afghanistan as enemies both of the West and the Taliban, claimed responsibility in a statement in which it said one of its suicide bombers targeted "translators and collaborators with the American army". US officials also blamed the group.

The US deaths were the first in action in Afghanistan in 18 months, a fact likely to be cited by critics who accused Biden of recklessly abandoning a stable and hard-won status quo by ordering an abrupt pullout.

US and allied officials have said they had intelligence that suicide bombers were threatening to attack the airport, the Pentagon said.

The French envoy had earlier warned of a second attack at the airport also urging the citizens to flee the country at the earliest.

Several countries urged people to avoid the airport, where an official said there was a threat of a suicide bombing.