Indians who have settled abroad or are earning outside the country have been set an extended deadline to file their income tax return by August 5, 2017.

To facilitate e-filing of IT Returns, extension of five days has been given for e-filing of returns i.e. upto 5th August, 2017.

A recent move seeking details from non-resident Indians (NRIs) of foreign bank accounts in income tax returns was not an attempt to tax foreign income, the Central Board of Direct Taxes (CBDT) clarified. The details are to facilitate refunds in those cases where individuals did not have a bank account in India, it added.

The other conditions include:

For NRIs, income from salary earned in India themselves or someone does it on their behalf is taxable. The income will be taxed at the slab that one falls in.

Income from house property in India is taxable for NRIs. Certain exemptions are allowed here. A standard deduction of 30 per cent is allowed with property tax deduction. 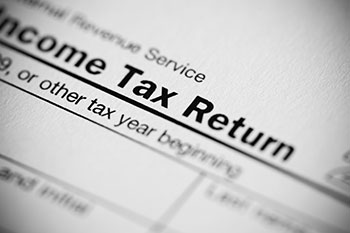 ​NRIs will need to furnish the required documents to show income earned in India. Along with this, they also need to submit bank account details, Non Resident Rupee (NRE) or Non Resident Ordinary (NRO) account statements, if any.

NRIs are also not required to quote Aadhaar details while filing returns.

In addition, the I-T Act also defines a 'Resident but not ordinarily resident' (RNOR). An RNOR qualifies as a tax resident of India during a particular financial year, but satisfies the following criteria:

An ordinary resident (ROR) is subject to tax on his global income in India. RNOR and non-residents are generally liable to have only their Indian source income taxed.

Salary received in India or for services provided in India, rental income from a house property in India, capital gains on sale of assets in India — be it shares or house property, income from fixed deposits or savings bank account in India are instances of income which would be taxed in the hands of not just tax residents of India, but also RNORs and non-residents.

NRIs with NRE and FCNR accounts (where foreign earnings are deposited) with banks in India should note that interest against such deposits is tax-free. However, interest earned on an NRO account (where Indian source income is deposited) will be taxable in India.

To prevent double taxation, India has entered into tax treaties with a hundred-odd countries, including US, UK, Canada, Australia and Germany, which are popular destinations for the Indian diaspora. NRIs can thus pay taxes in their country of residence and apply for a tax credit on their Indian income or vice versa.